Eight Victories in Back to Back Weekends for Team Nitro Kart 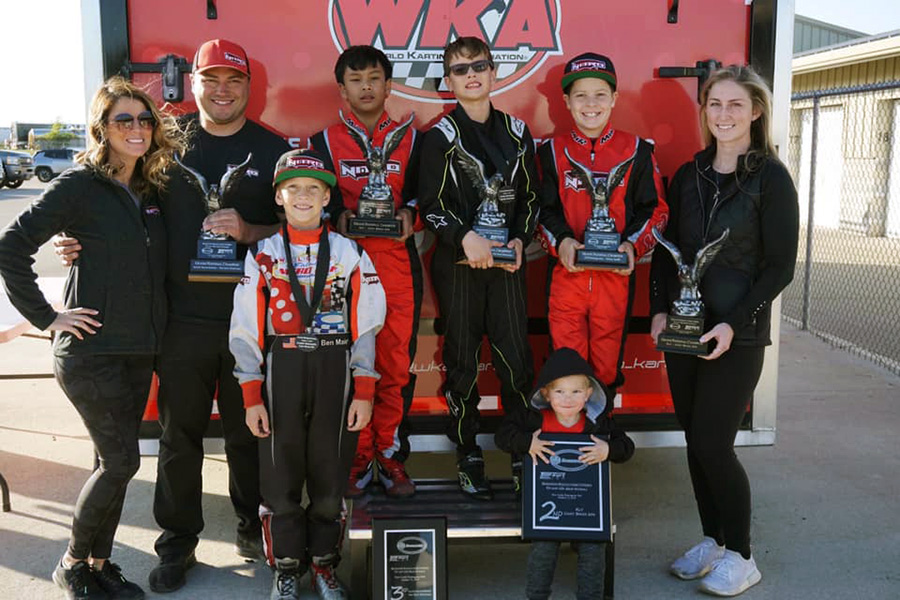 The success continues to roll for Team Nitro Kart as the 2019 season nears the end. The North Carolina-based operation traveled to the New Castle Motorsports Park to compete in back-to-back weekends to begin the month of October. First on the docket was the Cup Karts North America Grand Nationals 3, featuring the largest attendance for the all Briggs & Stratton 206 event. On the following weekend, the World Karting Association Manufactures Cup Series hosted their Grand Nationals at the New Castle, Indiana facility. Both weekends ended with Nitro Kart earning victory – eight in total – on top of three WKA championships and the coveted Manufacturers Chassis Trophy. 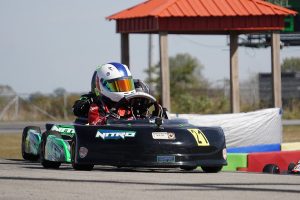 The Cup Karts North America Grand Nationals welcomed over 280 entries in eight categories to New Castle, all competing with the Briggs & Stratton 206 powerplant. It seems that no matter the engine, the Nitro Kart excels. Ayrton Grim secured the Sportsman victory aboard his Nitro Kart 4-Cycle Left chassis. The Briggs engine sits on the left side of the driver, and has been among the most successful models in the last two years. Grim was among the top contenders all weekend and excelled in the rainy main event, driving away to an 11-second advantage. Texas driver Sawyer Chambers gave the Nitro Kid Kart chassis its first CKNA Grand Nationals victory. Sawyer qualified second, won both heat races and led all 12 laps in the main event.

The weekend also marked the debut of the Nitro Kart Adult 4-Cycle Left chassis. A driver that was scheduled to compete aboard the new chassis was unable to attend, and Nitro Kart owner Nick Tucker stepped in to compete in the CIK Masters class. Tucker qualified eighth and was moving forward until his engine began leaking oil do to a loose oil plug. In Heat #2, Tucker went from 39th to 14th in eight laps. The former IKF Duffy winner marched to fifth in Heat #3 to line up 17th when combining the heat results. A few drivers in front of him did not start the main event due to the rain, giving Tucker gained spots before the green flag. Once the race started, Tucker was into the lead by lap two with great precision. He led the remainder of the race, holding off one challenger to cross the line as the victor. 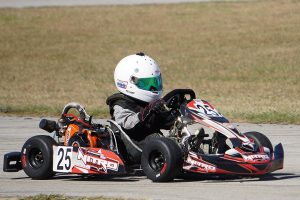 Add five more victories to the 2019 total for Nitro Kart the following weekend with the team staying at New Castle for the WKA Manufacturers Cup Series Grand Nationals. The coveted WKA Eagle was awarded to all the race winners, with Nitro Kart earning five of the six Cadet victories. Leading the way was Panama driver Sebastian Ng, winning three times on the weekend. Sebastian doubled up in the Briggs 206 Cadet division by earning both victories in addition to winning the Saturday main event in Mini Swift. The Sunday victory in that category was taken by Adam Brickley, who also scored the series championship in the class. The fifth victory on the weekend was by Micro Swift driver Spencer Conrad. The win gave Conrad the series championship, the first in his young career. Earning the third WKA title for Nitro Kart was Ben Maier, grabbing the championship trophy in the Briggs 206 Cadet class.

Through six events of the WKA Manufacturers Cup Series, Nitro Kart chassis earned a total of 31 victories to garner the coveted Manufacturers Chassis Trophy for 2019. This is the second straight season Nitro Kart has been awarded the trophy, which will be displayed in their North Carolina shop. 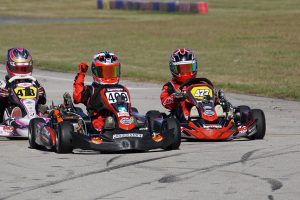 “We have had a phenomenal season thus far for Team Nitro Kart. Our Cadet models are successful all across the United States, no matter the engine, track or tire. We’ve introduced the Senior model now for both 2-Cycle and 4-Cycle competition with great results thus far. And overall, our race team continues to expand each weekend. I can’t thank all the drivers, their families and of course our coaches and mechanics that work so hard at the track and during the week to prepare our drivers for each event. We are not finished yet, there are still some races to be won before we turn to 2020!”

Team Nitro Kart has three drivers heading to the Rotax Max Challenge Grand Finals in Italy this week. Cameron Weinberg and Adam Brickley scored victories at the Stars & Stripes Open event in the Mini Max and Micro Max divisions to earn their tickets to compete in Italy, along with Ben Maier finishing runner-up to Brickley. Weinberg searches to become the first Mini Max world champion from the USA, while Brickley and Maier hope to defend former Nitro Kart driver Brent Crews’ victory from 2018. 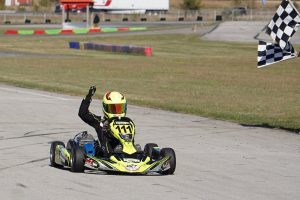 Here at home, Team Nitro Kart is preparing for the upcoming final events of 2019. The ROK Cup USA ROK the RIO is set for October 28 – November 2 outside the Rio All-Suite Hotel & Casino in Las Vegas. 2019 closes with the grand daddy of them all, the Superkarts! USA SuperNationals 23 on November 20-24. Nitro Kart won both the Mini Swift and Micro Swift main events in 2018, and look to defend their victories in just over a month. Team Nitro Kart is providing transportation, tent support, along with Arrive & Drive programs for those interested in making the journey to Las Vegas to compete in the two biggest events of North American karting.