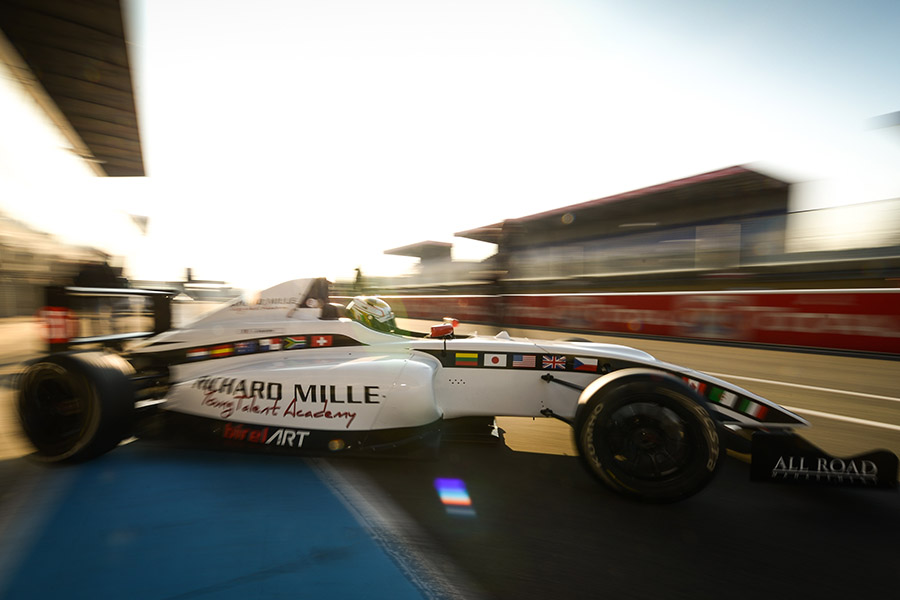 The very first initiative for detecting young talent launched by Richard Mille last year, in close collaboration with Birel ART, was a true success. The Richard Mille Young Talent Academy is already preparing for its second edition, which will take place on 3rd, 4th and 5th December 2019 at the Bugatti Le Mans circuit with 18 young drivers from all over the world.

An incredible opportunity for Birel ART drivers
The uniqueness of the Richard Mille Young Talent Academy is that it is open, free of charge, to all Birel ART drivers without discrimination other than by their own abilities. This unique detection of young talent opens up new opportunities for young racers who want to succeed in single-seaters, as Ronni Sala, President of Birel ART, explains: “This is a real bridge between karting and cars, and we are the only ones to offer it thanks to the support of the Richard Mille brand. Selected through our global network, 18 drivers between the ages of 14 and 18 were chosen according to their potential.

An F4 season to be won
On 3rd, 4th and 5th December, these 18 young people from 16 nations on five continents will meet on the famous Bugatti Le Mans circuit for the active phase of the RMYTA, season 2, for two days to evaluate their physical and mental capacities, as well as their driving skills in FIA F4 single-seaters. A jury of eminent specialists will then select the winner and offer them the opportunity to launch their career in single-seaters by competing for free in the 2020 FIA French F4 Championship.

In the footsteps of Enzo Valente
Winner in December 2018 of the 1st edition of the RMYTA, the Frenchman Enzo Valente had the chance to have a very formative season this year in the French F4 Championship. Author of several brilliant achievements, he notably won a major victory at the Grand Prix de Pau. Close to the top 5 in the final FIA ranking, he now has solid experience for the rest of his career in single-seater racing.

Renowned partners
Since its creation, the prestigious watch brand Richard Mille has supported great sportspeople, particularly car drivers such as Charles Leclerc. “There is a strong synergy between the watches we manufacture and motor racing. I am delighted that our company has the opportunity to play an active role in the emergence of young talent alongside Birel ART,” said Richard Mille. “It is very important for us to support the next generation and highlight tomorrow’s stars today. Encouraging human talent and pushing the limits of technology are two sides of the same coin.”