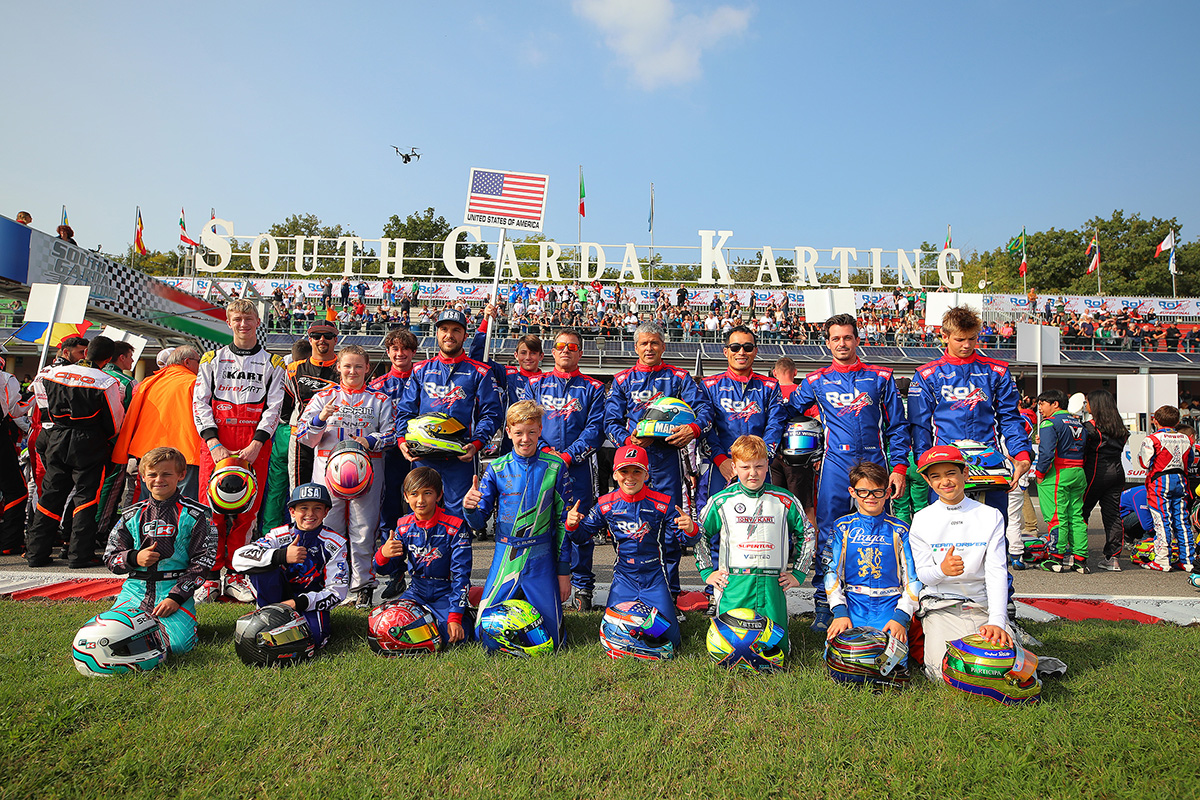 The 2019 Rok Cup Superfinal closed out on Saturday with the final heat races, the special trophy main events and the Finals contested at the South Garda Karting in Lonato, Italy. The over 400 drivers from 52 countries took part in the annual event to crown this year’s champions in the seven Rok Cup categories. In total, North American drivers secured five top-five results in four classes, including a victory by Jamaican Alex Powell. 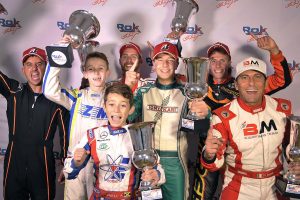 A total of three North American drivers made the Final out of 130 total drivers entered in the event. Jamaican Alex Powell had the best starting spot, from Row Two with USA driver Kai Sorensen starting from Row 5 when combining the top 17 drivers from Series 1 and Series 2. Powell, who finished runner-up in 2018, never fell out of the top-three. Running third with two laps remaining, Powell put himself into second and came out of a wild last lap to score the victory. In the hunt was Sorensen with a great start to get inside the top-five. During the race, hard contact with Columbian Sebastian Garzon slowed Sorensen but he continued on with a fear of a ‘pushback’ bumper. He muscled forward and at one point was P2 on the final lap, crossing the line in third. Sorensen was penalized 10 seconds after the race for “Front fairing in incorrect position”. It dropped him down to 21st in the final order. That promoted Miguel Costa to the top finishing USA driver, placing 16th after starting 21st.

Three others competed in the Singha Trophy event (B-Main). Challenge of the Americas champion Enzo Deligny led the way, starting second and eventually finishing 5th. Matias Orjuela was seventh with Xander Reed a DNF after the opening lap. 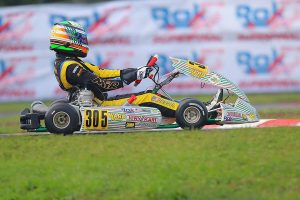 Throughout the week, Jace Denmark-Gessel had shown the speed to contend for the victory in the Super Rok category. JDG finished the 2018 edition in 13th, and with another year under his belt the experience showed. Jace started the Final in the fifth position and was able to get away as the green flag waved. Going into the hairpin right in front of the paddock, Jace locked up the brakes trying to avoid hard contact with the driver defending in front of him. It spun JDG sideways and stalled at the apex, ending his race after three corners. 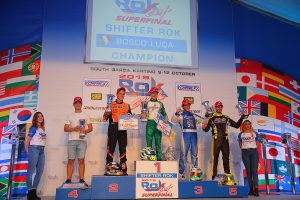 The focus for Team USA in Shifter ROK was all on AJ Myers, the EKN Driver Rankings powered by Bell Racing #1 pilot. The CRG Nordam driver was among the quickest drivers throughout the week, and secured a Row 2 starting position. A great holeshot nearly put him into the lead at the start of the Final, although he fell back to fourth, trailing the top-three by at least one second for much of the race. He was able to run them down as they fought for position. On their bumper for the final lap, Myers slid by for second as the top two went wide going side by side in the penultimate corner, allowing him to earn the runner-up position. Costa Rican Daniel Formal improved four positions to 11th, improving on his finish from 2018. David Greco led Team Canada, improving six positions to 24th while Challenge of the Americas champion Ron White was unable to complete a lap in the Final. 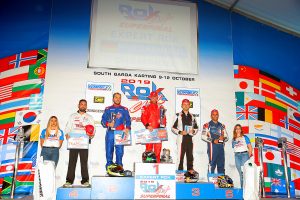 The best shot all week long at podiums and a victory was in the Expert ROK division with four drivers starting inside the top-eight for North America in the Final. The start was one of the worst of the day, as the outside line was slow at the drop of the green. That dropped Challenge of the Americas champion Derek Wang back and Ariel Castro was collected in contact in turn two, dropping him to the tail of the field and eventually retiring. Brazilian Renato Jader-David, racing under the Team USA banner, remained inside the top three all race long, and was able to secure a runner-up finish. Wang ended up dropping to seventh. Joe Crupi led Team Canada with a fifth place result. 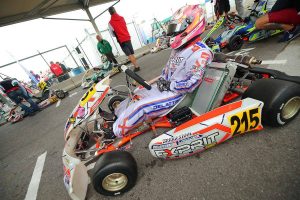 Emma Delattre won the OMP Trophy main event in 2018, and was able to qualify for the Final in 2019. Starting inside the top-20, she fell back to 21st by the end of the Final. Team Canada was top-10 in the OMP Trophy, led by Nicholas Hornbostel with a podium finish in third. 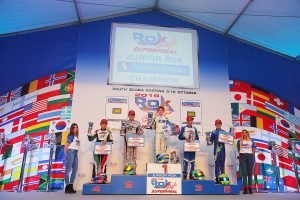 Thanks to his heat race win Saturday morning, USA driver Connor Zilisch earned a front row starting spot for the Final. The 2017 Mini ROK champion did not get a good jump when the green flag waved from the outside of the front row, dropping to third on the opening lap. He slipped back to sixth by the halfway point, just not showing the pace as the top-three drivers. Zilisch kept the leaders in sight, but was only able to get up to fifth in the closing laps. FIA Academy Trophy USA driver Luca Mars was able to improve on his 19th starting spot to gain seven positions in the 16 laps. Canadian Dale Curran ended this year’s Final as he did last year with contact forcing him to retire early. That gave Andrew Maciel as the top Canadian finisher in 31st.