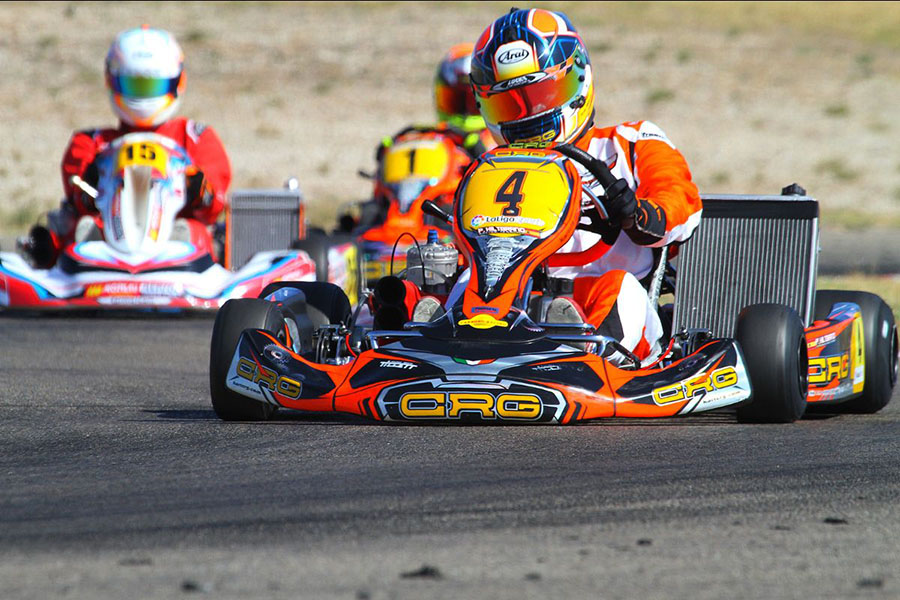 After being victorious in seven out of the last ten races in KZ2 and thus dominating in Spain, Hiltbrand clinches the title in the season closing event in Zuera. Meanwhile Fontecha secures the Championship in the Senior category in Zuera, after the victories in Chiva and Campillos.

The 29th of September marked the fifth and final event of the Spanish Championships held in Zuera, for which the CRG pair Pedro Hiltbrand and Ayrton Fontecha presented themselves as leaders in KZ2 and Senior respectively. Both drivers only needed to complete the first of the two finals held this weekend, in order to conquer the titles, with Hiltbrand winning and Fontecha finishing 5th in KZ2 and Senior respectively.

In the Spanish Championship Hiltbrand dominated the season by sweeping the first two events held in Motorland (Aragona) and Recas (Toledo), adding three more victories at Chiva (Valencia), Campillos (Malaga) and Zuera (Saragozza). Hiltbrand stepped on the podium twice during the last weekend in Zuera, by winning one race and finishing second in the other. CRG completed a very successful KZ2 season with 3rd place for Cebrian Ariza, who also stepped on the podium in both finals in Zuera.

Fontecha was able to win the Championship in the Senior category thanks to his three victories in the previous two events in Chiva and Campillos, the double podium at Recas and the points that he collected during the Zuera weekend in which he finished 5th (clinching the title) and 8th.