Kremers World Champion in KZ in the Colors of Birel ART 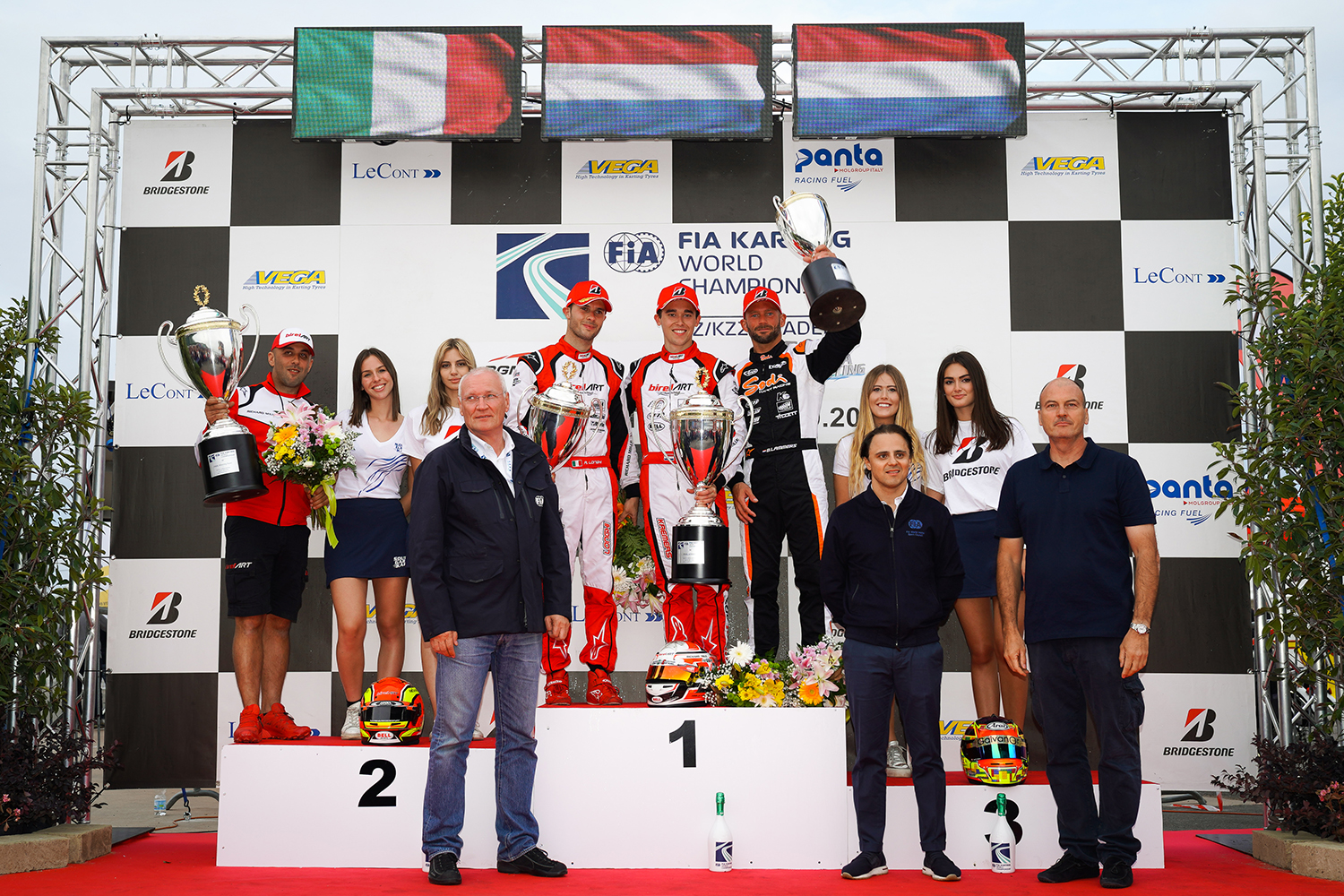 The last day of the Kart Grand Prix Italy was a success on the sporting level as well as a popular achievement. The forecast rain did not arrive to complicate the Competition and the Finals were able to deliver a superb show before the winners were revealed. After a long battle, Marijn Kremers (NLD) won the FIA Karting World Championship – KZ, while Emilien Denner (FRA) dominated the FIA Karting International Super Cup – KZ2 until the end. Christian Ho won the FIA Academy Trophy Final and Kajus Siksnelis was the winner of the season.

Spectators arrived at the South Garda Karting venue to attend one of the finest Competitions of the year. The grandstand increased in vibrancy as the event progressed and the crowd cheered the winners in a very warm atmosphere. The last track demonstration of the historic karts of the FIA Karting Historic Super Cup captivated the public, who also appreciated the richness of the history of the discipline by visiting the exhibition of these machines in the large awning at the entrance to the paddock.

A privileged observer of the Races, CIK-FIA President Felipe Massa did not hide his enthusiasm during the Finals, which particularly captivated him. The Lonato circuit stayed true to its reputation by enabling intense and thrilling Races, where the best Drivers from all over the world were revealed. The Final stages were preceded by a very attractive presentation of the Drivers in front of a packed stand.

The last Qualifying Heats run in the morning caused no major changes in the hierarchy established yesterday. Drivers became accustomed to the weather this Sunday and with an overcast sky, although the temperatures remained very pleasant. Although all the teams prepared for the possibility of rain, the track remained completely dry all day, allowing an outstanding confrontation until the end.

Denner dominates the KZ2 Super Cup from start to finish 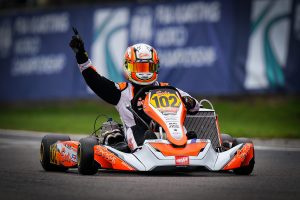 The FIA Karting International Super Cup – KZ2 produced a master very early on, in the person of Emilien Denner (FRA – Sodi / TM Racing / B’stone). The Frenchman completed a clear run with pole position in Qualifying Practice, then winning his six Qualifying Heats against 121 determined opponents. At the start of the Final, his main rivals were Emil Skaras (SWE – Energy / TM Racing / B’stone), the European Champion, David Vidales Ajenjo (ESP – Tony Kart / Vortex / B’stone), Giacomo Pollini ( ITA – Formula K / TM Racing / B’stone) and Michele Fontana (ITA – CKR / TM Racing / B’stone). Threatened at the beginning of the race, Denner reacted with authority against Skaras. He then distanced himself as the struggle for the podium positions intensified. Denner was masterful in managing his lead to avoid being worried by Vidales, in 2nd, or Skaras who joined them on the podium. Pollini took 4th place in front of a promising talent, Senna van Walstijn (NLD – KR / Iame / B’stone).

The highlight of the day was the highly anticipated FIA Karting World Championship – KZ. The Qualifying Heats had confirmed Marijn Kremers (NLD – Birel ART / TM Racing / B’stone) ahead of Adrien Renaudin (FRA – Sodi / TM Racing / B’stone). The Final saw them start side by side for the victory. Kremers took the lead, then Renaudin took 1st place after eight laps. Kremers responded four laps later. Renaudin tried to react, but Kremers did not let it go. From there, the positions no longer changed despite constant efforts of each of the protagonists, with Riccardo Longhi (ITA – Birel ART / TM Racing / B’stone) completing the top three after passing Mattéo Vigano (ITA – Tony Kart / Vortex / B’stone). Further back, Bas Lammers (NLD – Sodi / TM Racing / B’stone) was returning and finally finished 4th in front of Simo Puhakka (FIN – Tony Kart / Vortex / B’stone). The finish was tight, with Kremers winning 5 tenths in front of Renaudin, but Renaudin dropped to 9th place after a penalty of 5” for a front fairing out of position. Longhi therefore gave a double win to the Birel ART brand which celebrates its 60th anniversary this year. Lammers was on the podium, and Puhakka finished 4th in front of Paolo De Conto (ITA – CRG / TM Racing / B’stone) who made an 11-place climb. 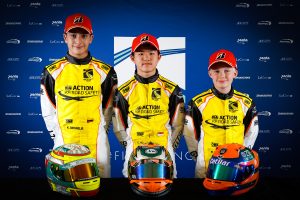 The duel started in Qualifying Practice of the FIA Karting Academy Trophy between Kajus Siksnelis (LTU) and Christian Ho (SGP) and continued during the heats before ending excitingly in the Final. Ho quickly escaped ahead of the race while Siksnelis lost places. Robert De Haan (NLD), Filip Jenic (SRB) and Maxwell Dodds (GBR) each took 2nd place before Siksnelis closed the gap and crossed the finish line as runner-up, 6 seconds behind Ho, the winner of the Race. Dodds was on the third step of the podium, but the battle continued. David Zachary (PHL) ended up taking 4th place ahead of Elliott Vayron (FRA). All Drivers counted their two worst results (Heats and Final) to establish the final classification of the Trophy, won by a good margin by Siksnelis.

USA driver Austin Garrison was the lone North American driver to make the Final in KZ or KZ2. The CRG Nordam driver started the main event in 27th. A solid start helped pu Austin as high as 20th before ending the 25 lap event in 23rd for his first start at the KZ World Championship. Canadian Justin Arseneau started the Academy Trophy event in ninth and was racing for a podium position until contact took him out of contention.