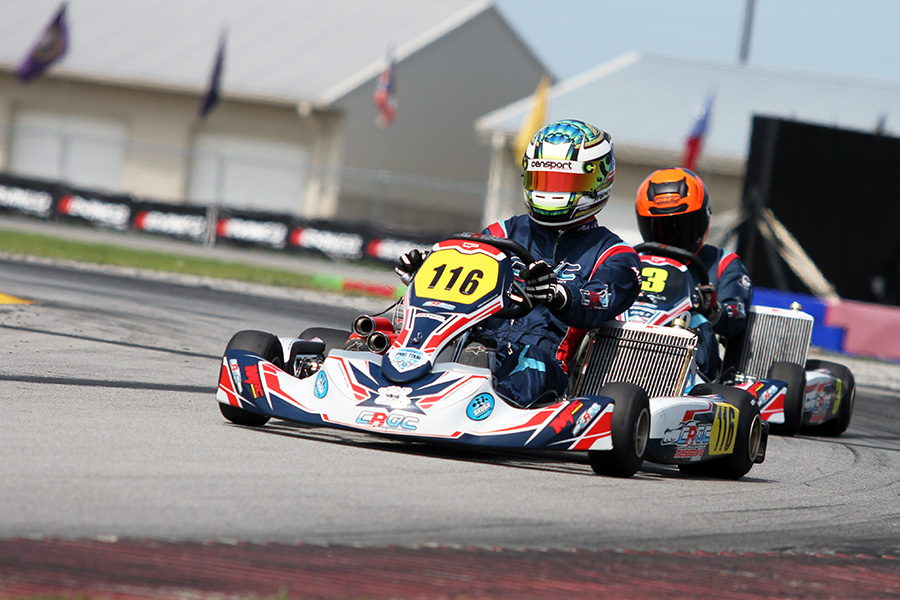 The Superkarts! USA Pro Tour completed its 10th season in August with the running of the SKUSA SummerNationals at the New Castle Motorsports Park. What started in Sonoma 2010 has become the one of the longest standing national programs in North American karting. Hundreds of drivers have competed in the 30 events that have made up the 10 championship seasons.

Among the few to make a start each season on the SKUSA Pro Tour is Texan Jake French. The now 23-year-old began in the S2 Semi-Pro for the first two seasons before graduating to the S1 division. He would have to wait until 2016 for his first SKUSA Pro Tour podium, ripping off three, including a third at the SKUSA SuperNationals to claim the vice-champion position behind Danny Formal. The following year began with French earning his first SKUSA Pro Tour victory at the inaugural SKUSA WinterNationals in NOLA. Jake stood on the podium for six straight main events, including a victory sweep of the SummerNationals to claim the 2017 SKUSA Pro Tour championship. The 2018 season was limited in karting as he ventured into open wheel competition. Still with four starts, French recorded three top-five finishes.

The 2019 season began with French focused on his RC car racing with karting not in the picture. That was until late March when Mad Old Nut Racing and Croc Promotion USA came calling. French was hired by the operation to compete at the SKUSA Pro Tour, California ProKart Challenge, LAKC and other events for the remainder of the season.

Since the signing, French was testing and racing nearly every week either in Texas or in Southern California. Heading into the 2019 SKUSA Pro Tour SummerNationals, French was among the favorites against the largest field of the Pro Shifter category on the season with 18 drivers. The tone was set early as French’s game plan in qualifying Saturday paid off with him posting a 1:11.438 to set a new track record for the ‘Supermile’ course, clearing the field by three tenths – including his teammate Billy Musgrave. A holeshot in the Prefinal led to him out front for all 10 laps to secure the win and a two-second margin of victory. The main event was much of the same, as he and Musgrave ran 1-2 the entire 16-lap Final with French gaining his first SKUSA Pro Tour victory with Croc Promotion USA.

Sunday brought the final round of the SKUSA Pro Tour with some drivers focused on points, and others determined to win. Qualifying did not play out as French had hoped, ending up fourth in the session. Holding through the opening laps, French moved up to third in the Prefinal behind Musgrave and top qualifier Kyle Wick. French dropped to fourth at the start of the Final with 2018 champion AJ Myers jumping ahead with a better holeshot. Musgrave led with Myers and Wick fighting for the second spot. Eventually, French was able to work past both in consecutive laps and run down his teammate with fast laps of the race. Taking over the lead on lap 10, French drove away to a 1.1-second advantage at the checkered flag. Aside from sweeping the victories at the SummerNationals for the second time in three years, it was his fifth career SKUSA Pro Tour victory.

His results from April to now have put French back into the top-10 of the EKN Shifterkart Driver Rankings powered by Bell Racing. French is ninth with seven scoring events under his belt. Jake and Musgrave are currently in Italy, visiting the Croc Promotion factory and taking in the FIA Karting KZ World Championships at South Garda Karting facility in Lonato, Italy. He will close out the season with the upcoming Streets of Lancaster Grand Prix, the LAKC finale and the SKUSA SuperNationals 23. French’s best finish was runner-up in 2017 in S1 to Musgrave. 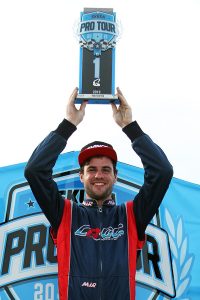 Chassis: Croc Promotion
Engine/Engine Builder: IAME SSE / Musgrave Racing Company
Sponsors: Mad Old Nut Racing, AF Radiators, MRC, and Greyhound Seats
Series You Compete In: SKUSA Pro Tour, California ProKart Challenge
Years Karting: 14
How did you get started in karting? A friend that raced with us with RC cars bought a kart, and Dad got into it. I was driving shortly after.
What has been the high point in your racing career? Competing in the 24 Hours of Karting at Le Mans in 2017.
What are your goals in racing? To keep racing.
In a few words, how would you describe your driving style? Respectful
Funniest moment at the race track? When we decided to do reverse steering in a kart, turn right to go left and turn left to go right.