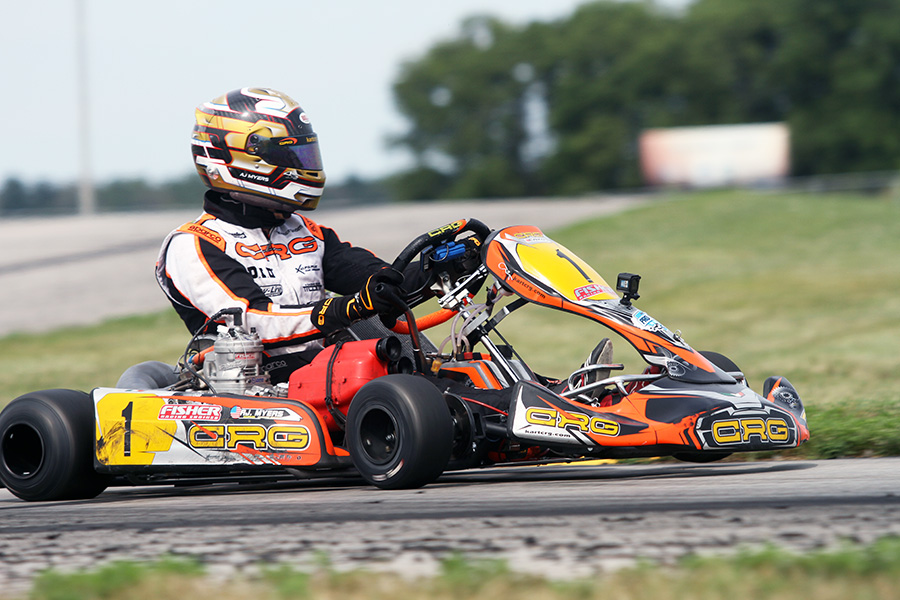 The end of the 2019 season is looming with the months of September and October closing out the many regional programs before year-end events put a cap on the year. The bulk of the national schedule is complete, shaping up the latest release of the eKartingNews.com Shifterkart Driver Rankings Powered by Bell Racing USA. Three major events remain on the schedule that can alter the standings as we close out 2019 – Streets of Lancaster Grand Prix, ROK the RIO, and SKUSA SuperNationals 23.

CRG Nordam’s AJ Myers remains at the top spot, able to retain the same total through the SKUSA Pro Tour finale. While the Florida driver was unable to defend the SKUSA Pro Tour, Myers remains the top driver in the Driver Rankings. The order on the podium is back to where it all ended in 2018, with Billy Musgrave (MRC / Croc Promotion) in the second spot. The three-time SKUSA SuperNationals winner jumped to second and gain valuable points on Myers to be only 90 points from the top spot. Dropping to third is the newly crowned SKUSA Pro Tour champion Kyle Wick. The CRG Nordam driver went winless in the six round championship, but came away with his first SKUSA crown and the SKUSA #1 plate.

SpringNationals winner Mathias Ramirez (PSL / Birel ART) was not able to close out the season with a podiums at the SummerNationals, however, remains in the fourth spot in the Driver Rankings. Moving into the top-five is two-time SKUSA Pro Tour winner Andrew Bujdoso (Checkered Motorsports). Bujdoso has had an up and down season, racing aboard three different chassis brands but leaving the SKUSA Pro Tour third in the standings. His advancement dropped Hunter Pickett (GFC) down to sixth, yet improving his score, making a return to the seat after taking much of the summer months off.

The bottom half of the top-10 shuffled around this month. Jumping up to seventh is 2018 RIGP King of the Streets winner Rory van der Steur (MRC / Tony Kart). Rory just missed out on the top-five in the SKUSA standings. Moving to eighth is Prescott Campbell (MRC / Aluminos). The SoCal driver is among the six finalists for the 2019 Team USA Scholarship program, as he bids to represent the country in Europe competing in Formula Ford action, following in the footsteps of many professional drivers.

The biggest mover was Jake French. His two victories at the SummerNationals helped to bring his race total up to seven after joining Croc Promotion USA and returning behind the wheel in May. French now has become one of the favorites heading into the SKUSA SuperNationals. Dropping down to 10th is Challenge of the Americas champion Ron White (RWR / CRG). Losing two races from his total accounted for his drop from seventh. Falling out of the top-10 is Max Hewitt (CRG Nordam), falling to 13th after losing his podium results in S2 last year at the SummerNationals. That puts new SKUSA Pro Tour Pro Shifter 2 champion Race Liberante (J3 / CompKart) as the top semi-pro in the Driver Rankings, sitting 11th.

It was in 2014 that AJ Myers put himself on the map in USA karting. Securing the USPKS IAME Pro title that year, Myers shocked the paddock with a fifth place performance in the KZ category at the SKUSA SuperNationals. Myers was the top American finisher in a stacked field of former SuperNats winner and world champions. The Florida driver claimed the 2018 SKUSA Pro Tour title last year and moved to Croc Promotion USA stable to begin a new era. After placing second at the SuperNationals, and winning at the WinterNationals, the two parted ways and Myers found a new home with CRG Nordam. While the year did not finish with Myers defending the championship, he remains the one on top in the Driver Rankings. Next week, Myers will fly the USA colors at the FIA Karting KZ World Championships with the CRG factory. 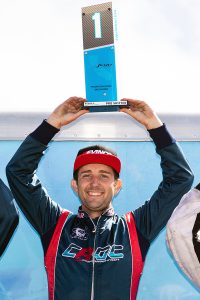 The 2019 season has not unfolded as MRC’s Billy Musgrave hoped it would. This season was about the SKUSA Pro Tour. Issues at the WinterNationals put Musgrave behind early in the title chase and was unable to stand on the podium at the SpringNationals. He moved from the Aluminos brand to Croc Promotion USA, and things sparked again. Musgrave was runner-up to teammate Jake French in both main events at the SummerNationals. Add in his 11-race win streak at the California ProKart Challenge and runner-up in his Rock Island Grand Prix debut, the three-time SuperNationals winner is looking to end 2019 strong.

There is no doubt, Kyle Wick has established himself among the best shifterkart drivers in the United States. Consistent results throughout the six-round SKUSA Pro Tour program aboard his CRG Nordam machine, including four third-place results, put him on top of the podium in the championship standings to claim his first SKUSA Pro Tour title. Having no key victories on the year however does not help him in the Driver Rankings. His two podiums at the SummerNationals boosted his total to above the 7000 mark and lowered his average finish slightly. Placing on the podium at last year’s SuperNationals, the champ is certainly elevated as a top contender once again for Vegas.