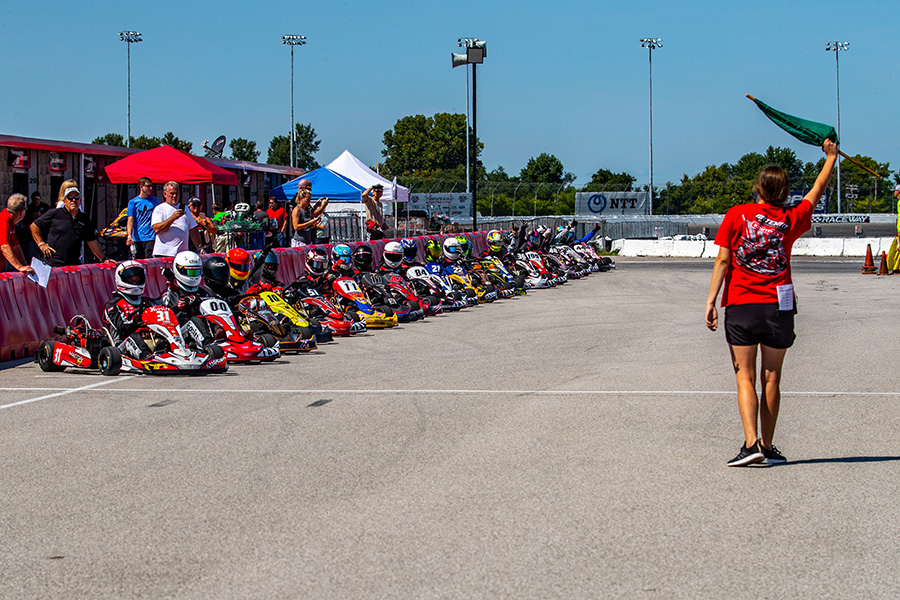 The Margay Ignite Series Round 8 at the Gateway Kartplex ran on the Supertrack 3.0 layout last Saturday morning to head into the later-half of the season. The new layout proved to be ultra-technical with lap times doubling the norm. To assist with the parity of the series, race officials claimed Hunter Richardson and Reid Sweeney’s motors at the conclusion of the event under no penalty after stint of consistent race victories. 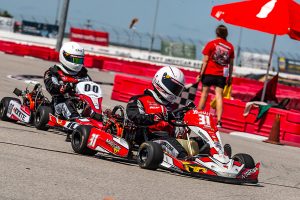 Twenty-two Ignite Senior competitors took the start of the feature with Hunter Richardson on pole. Off the “Le-Mans” style standing start, Richardson and Sean Kennedy would gap the field early in the race. Ryan Bettenhausen and Eric Loddeke had early race contact in the opening lap allowing Bobby Krug to jump to the third-place position. The top-two would battle hard until the end, but it was Richardson who would edge the field at the line by 0.2 seconds over Kennedy. Bobby Krug would complete the podium giving him a big jump in the points standings.

All season it has been a hard-fought battle between Reid Sweeney and Trevor Eggemeyer for the front two positions. The pair would work together on track to substantially gap the field. Moving into the later stages, Eggemeyer would plan his move down the back-stretch on the last lap. Side-by-side, Sweeney would fend off his charge. Heading into the hairpin, Trevor would make a last effort pass, nosing into the barrier on a driver error allowing Nolan Baltz and Jake Coalter to cap the podium positions. 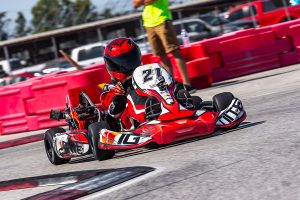 Isaac Wells proved to be the class of the field, setting the tone with strong pace in each session. After setting a dominating pole-time, Wells would quickly gap the field as the remainder fought for the final positions. Lane Mayer would be the “best of the rest” with a second-place finish on the day. Owen Elders had an impressive run, clawing back from an early race shunt from eleventh to third to keep him in the points chase.

Karting veteran Matt Krechel made his return to the Gateway Kartplex by pulling double duty in Ignite Senior and Masters. With added track time, Krechel would become the class of the field, dominating the race by over four seconds. Rounding the podium would be Newbold Motorsports drivers James Newbold and Blaine Finnegan. 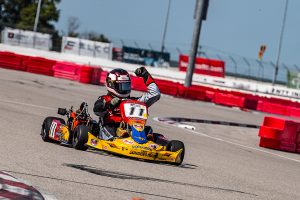 Points leader, Craig Loddeke and Corbin Vetter had an excellent duel through the race. It was nose-to-tail until the closing stages. Peaking his nose down the back-stretch, Vetter would come close but wouldn’t be able to clinch the pass. Doug Stroud would show great pace to cap the podium.

Gus Mayer was able to take his seventh win of the season after a twenty-four second victory over the five kart field. Ethan Schmidt and Andrew Hrbacek would complete the podium.