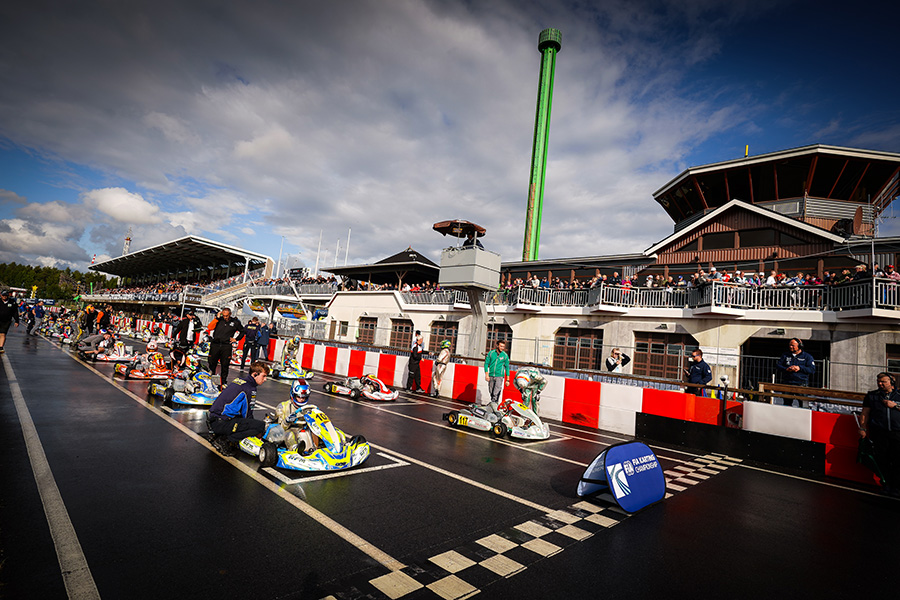 The 2019 FIA Karting World Championship – OK and Junior has been awarded at the Finnish circuit of Alahärmä and has rewarded two highly-talented Drivers after a particularly difficult Competition. Lorenzo Travisanutto (ITA) won his second consecutive World title in OK, while Thomas Ten Brinke (NLD) was crowned Junior Champion after dominating with flying colours. The spectacular layout of the Power Park circuit, the high number of enthusiastic spectators and the quality of the welcome made this Competition a memorable event.

Throughout this FIA Karting World Championship, the changing weather considerably complicated the work for the teams and Drivers. The Alahärmä asphalt gave grip conditions that constantly changed because of the rainy periods of varying lengths. It was essential to be very strong to win in Finland this year, the slightest mistake being immediately punished by a drop in the standings.

The layout of the Power Park Circuit was very much appreciated by the competitors thanks to its originality, its remarkable rhythm and the sensations that it produces. Overtaking at Alahärmä is certainly not easy, but the selectivity of the Finnish track cannot be in doubt. Despite the wet weather that sometimes made the track slippery, few incidents occurred and no serious crashes.

Former Formula 1 drivers Mika Salo and JJ Lehto, emblematic figures of Finnish motorsport, were present alongside the organisers at the Finals and podium ceremonies. The Finnish Air Force aerobatic team, the Midnight Hawks, performed an outstanding air demonstration as the Drivers prepared for their decisive race.

Before the first start, a minute of silence was respected to honour the memory of Anthoine Hubert, the young French Driver who recently passed away.

There were thousands of spectators in the two grandstands and around the circuit, as Finland honoured its reputation as a country passionate about motorsports. As an attentive observer of the Competition, the President of CIK-FIA, Felipe Massa, could not hide his satisfaction at attending an outstanding sporting event highlighting karting well to a large audience. 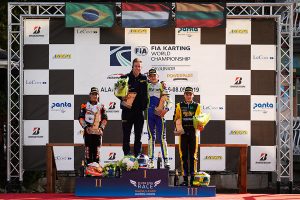 In the late morning, Thomas Ten Brinke (NLD – FA Kart / Vortex / Vega) confirmed his 1st place in the Qualifying Heats against Josep M Marti Sobrepera (ESP – Tony Kart / Vortex / Vega) and Andrea Kimi Antonelli (ITA – KR / IAME / Vega). Ten Brinke further increased his domination by leading the Final from start to finish on rain tyres on a drying track. He even set the two fastest times of the race in the last two laps while his victory was assured. The 14-year-old Dutchman won the 2019 FIA Karting World Championship – Junior in the best possible way. Behind him the battle was fierce between his pursuers. James Wharton (AUS – Parolin / TM Racing / Vega) lost all his hopes because of a mechanical problem early in the race. Rafael Chaves Camara (BRA – Exprit / TM Racing / Vega) settled in 2nd place while Kajus Sisksnelis (LTU – Tony Kart / Vortex / Vega) delighted the spectators by moving up from 16th to 3rd position. Marti Sobrepera and Antonelli completed the top five.

“To become World Champion is of course the highlight of the season,” said Ten Brinke. “Everything went well for me in Finland. I was not affected by the weather conditions, my team, RFM, ensured my performance throughout the weekend and I experienced a dream Final!” 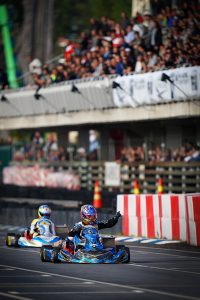 At the end of the last Qualifying Heats, Juho Valtanen (Redspeed / Iame / LeCont) consolidated his leading position in the OK category ahead of Dilano Vant’hoff (NLD – Exprit / TM Racing / LeCont) and Lorenzo Travisanutto (ITA – KR / Iame / LeCont), the 2018 FIA Karting World Champion and FIA Karting European Champion – OK in 2019. While the track had almost completely dried out, all Finalists were on slick tyres. Supported by all Finnish spectators, Valtanen led the race. His lead, however, was quickly melting and he had to hand over control to Travisanutto on lap 11. He did not give up, and valiantly attacked his adversary. But Travisanutto did not let it go and flew to victory. The young Taylor Barnard (GBR – KR / Iame / LeCont) finally returned from 6th to 2nd place, not far from the leader, while Harry Thompson (GBR – FA Kart / Vortex / LeCont) took 3rd place after a superb gain of 12 places. Kirill Smal (RUS – Tony Kart / Vortex / LeCont) finished 4th in front of Valtanen. Lorenzo Travisnutto brilliantly won his second FIA Karting World Championship – OK.

“It was my goal and I did everything to reach it,” he explained after the finish. “I came back with a lot of caution in the heats after my 13th place in Qualifying Practice. I did not make any mistakes to finish the Final. This is a success that I want to share with my CV Performance Group and with Dino Chiesa who is never far from us. I really enjoyed the Alahärmä circuit which gives the Drivers a lot of enjoyment”.

A total of six North Americans competed in the event. Sebastian Montoya represented USA in OK. After starting 23rd, Montoya retired after 11 laps to be classified 28th. Canadian Thomas Nepveu was 58th after the heat races. Three USA drivers qualified for the main event in OK Junior. Santiago Trisini led the way in the Final with a 21st result after all the penalties were issued. Connor Zilisch took the checkered flag in 22nd, but was penalized five seconds for a pushback bumper, ending up 24th. Ugo Ugochukwu started 10th, but recorded a DNF after 18 laps. Enzo Scionti was 52nd after the heat races.