California ProKart Challenge Gearing Up to Close Out 2019 Season 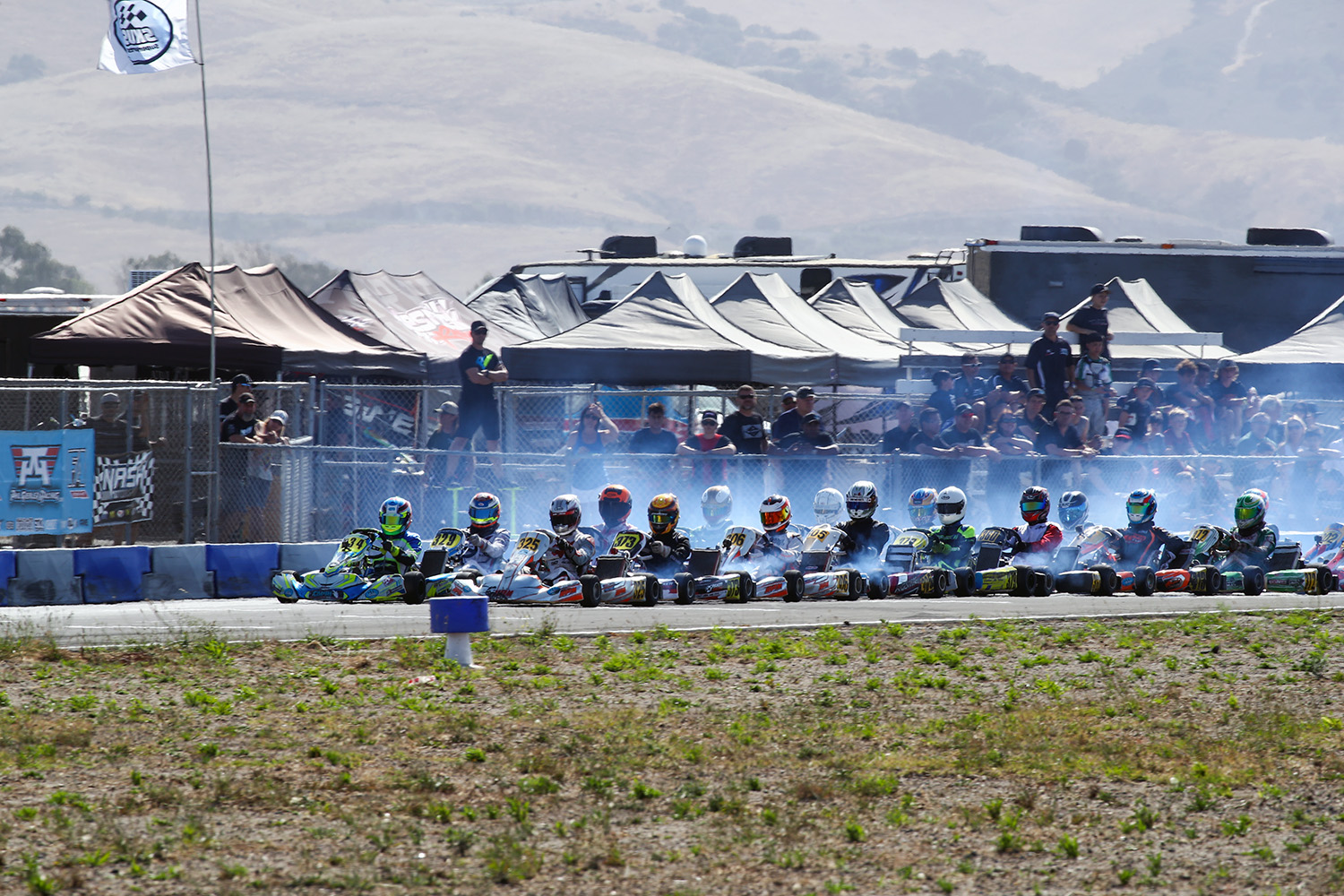 The fifth round of the Superkarts! USA California ProKart Challenge is set for September 7-8 at the Santa Maria Kart Track (Photo: DromoPhotos.com)

The California ProKart Challenge has the two final events of the 2019 season in sight for the month of September. The penultimate round for the Superkarts! USA regional program has teams and competitors heading to the Santa Maria Kart Track on September 7-8. The fifth round of the California PKC championship chase is set for the ‘Nationals Configuration’ of the Santa Maria, California facility.

The win streak for Billy Musgrave in the Croc Promotion USA/Mad Old Nut Pro Shifter category now sits at double digits. His victory at Round Four in Monterey puts his wins to 10 in a row, dating back to the start of the 2018 California PKC season. Texan Jake French has put the pressure on the last three rounds, stealing a quick time in qualifying bonus points back in Round Three to disrupt his perfect score streak on the year. Cody Hodgson is second ahead of French in the standings, holding three podium finishes on the year. Musgrave is also the championship leader in the Rolison Performance Group X30 Senior division. One win and two other podium finishes put him out front in the title chase ahead of Monterey winner and defending champion Joseph Daniele with a number of drivers fighting for third, led by Jacob Gulick.

Emon Fazlollahi became the first double winner on the season in the Musgrave Racing Company Pro Shifter 2 division. Fazlollahi won the Monterey main event, going with his victory in Round Two to extend his championship lead over Round One winner Micah Hendricks, with Connor Robles leading the battle for third. Santa Maria will be a crucial weekend in the Evinco Tires S5 Junior Stock Moto standings. Mathias Coito holds the lead with four straight podium finishes over Kailey Meris. Jacob Yesnick is coming in with three straight victories after missing the opening round, sitting third and closing in.

The International Kart Federation-sponsored KA100 Master division has seen three different winners in four rounds. Two of them are in the title chase heading into the penultimate event. Inaugural winner Ricardo Arruda holds the advantage ahead of Terry Giffen, with two-time CalSpeed winner Mike Smith closing up in third after missing the opening round. Stuart Hayner has full control of the AiM Sports X30 Super Master title chase, leading by nearly 300 points going into Santa Maria over Federico Aquini and Jon Persing.

Tuesday, September 3rd is the final day of discounted pre-entry for the fifth round of the California ProKart Challenge. The deadline is at 11:59pm PDT for online registration. California PKC pricing remains at $325 for race entry and stamped race tires, and a SKUSA membership is required to register and compete. The facility is open this Labor Day weekend on Saturday and Sunday for ‘optional’ practice offered by the Santa Maria Karting Association. Move-in for the race weekend begins on Friday, September 6 at 9am. Registration and the tire desk will open on Friday from 3:00 to 6:00pm for ‘Early-Bird’ check-in and tire pickup. Pit spot and RV reservations are highly recommended. Please head to the following link for the pit map and reservation details, including onsite camping options. Complete race and venue information, along with a tentative weekend schedule, can be found at the California PKC Event Page.