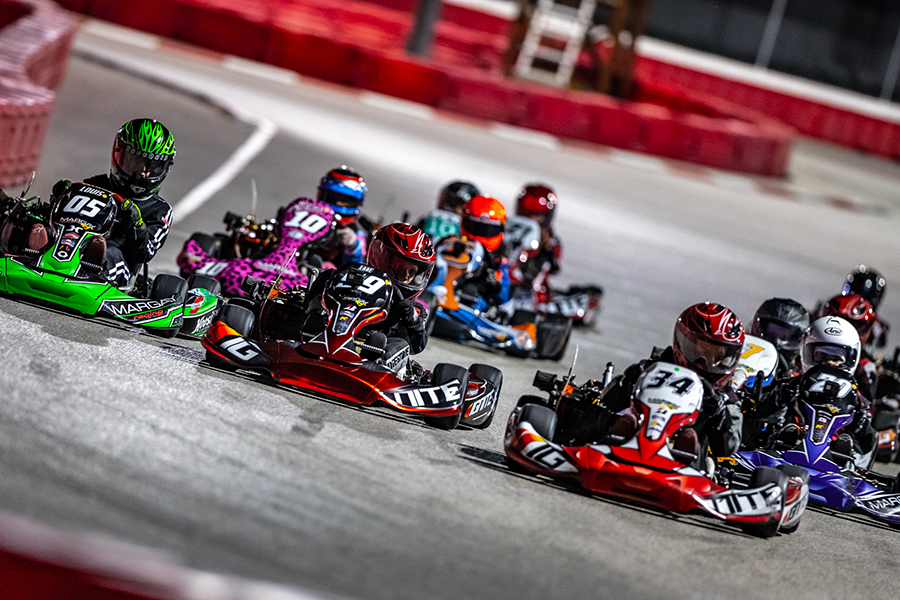 The Margay Ignite Series Round 7 at the Gateway Kartplex kicked off the Bommarito 500 Indycar race week at World Wide Technology Raceway in Madison, IL last Saturday night. It was contested on the traditional configuration, under the lights, shading the drivers from the hot St. Louis weather. 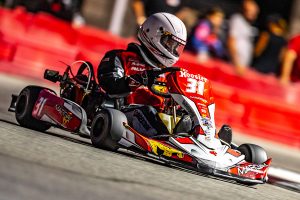 Points leader, Hunter Richardson, set the tone early by earning the pole position over the 22-kart field with a lap time of 36.02 over Eric Loddeke by 0.02 seconds. In the pre-final, Richardson and Loddeke would swap the lead in the opening laps, but it was Richardson who would create a gap and take the pre-final win by 1.62 seconds. In the final, Richardson, Loddeke and Matt Chubb would run lock-step for the complete race. Without a slip-up from any of the drivers, Richardson would take the victory with Loddeke and Chubb completing the podium.

In Ignite Junior qualifying, Reid Sweeney and Trevor Eggemeyer would set identical lap times which meant the race director would turn to the second-best lap to deem Sweeney as the pole winner. In the pre-final, Eggemeyer would be hot on Sweeney’s tail. Attempting a pass into turn one, Eggemeyer would have contact with Sweeney putting him into a spin. Eggemeyer would cross the line first but would be set behind Sweeney in the finishing order due to the contact resulting in Nolan Baltz winning the pre-final. In the feature, Sweeney was able to knife his way through the field quickly taking the lead before the halfway point. Sweeney would take his fifth victory of the season with Jake Coalter and Nolan Baltz completing the podium. 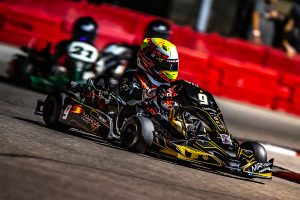 Newcomer, Owen Elders set a pole time of 37.35 over Lane Mayer by 0.19 seconds to start the night. In the pre-final, Elders and Mayer would gap the field to hold onto the two top spots, setting them on the front-row for the feature. In the feature, Corbin Collins would make moves early to move him into the second spot. Isaac Wells would drive his way up to third place with Elders taking the win.

Ignite Masters saw a heavy battle between the front four, with each driver trading the lead at one point. Matt Krechel, Mike Long, Brandin Moore and James Newbold fought hard, back-and-forth, but it was Long who would take the win over the pack by 0.29 seconds. 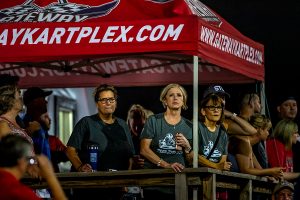 In Ignite Heavy, Craig Loddeke would continue his win-streak and extend his points lead over second place Greg Mefford. Newcomer, Tony Bokhoven would complete the podium.

Gus Mayer would add another win to the season over the growing Kid Kart Honda class. Completing the podium was Andrew Hrbacek and Arthur Ionin.