With the conclusion of the final 2019 Rotax ‘ticket’ event in America (Stars & Stripes Open) the official Team USA roster is set for the 20th annual Rotax Grand Finals to be held in Sarno, Italy during the timeframe of October 19-26 2019.  The event will take place at the famed circuit in the Napoli region characterized with high speed and several technical driving features. A total of thirteen drivers will represent the United States while twelve drivers are qualified with American licenses, thus scoring points for the team and subsequent ‘Nations Cup’.  The official representatives by category are: 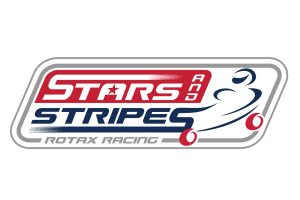 “For 2019, Team USA is a window into the reenergized direction of the Rotax program and where we intend to take it.  With such a high-level team not to mention the sheer number of participants on this year’s provides clear evidence to the importance of the Rotax Grand Finals and what the event and concept means for the sport especially here stateside in America.  Our level of growth on the local and regional levels in 2019 as well as the new participants we added to the sport is exciting and we are looking forward to these deserving drivers representing USA the right way in Italy at the Grand Finals!” – J3 Competition Management.

Over the next weeks exciting news and individual driver profiles will be released allowing fellow competitors the ability to cheer on Team USA performance and get to know each driver on a deeper level.  Additionally, newly released team suits and clothing will be available to the general public, thus allowing the entire American karting community the ability to purchase these keepsake items and support the team while they head off to Italy to represent the entire country!

J3 Competition is an American based distribution and competition product resale company that focuses on the sector of high-performance kart racing. With a tenure being recognized as a world leader in the development of the karting industry, J3 Competition is the United States distributor of BRP-Rotax products designed for kart racing including; Rotax, XPS lubricants, MoJo tires additionally hosting Rotax Grand Finals Ticket events under the ‘Stars & Stripes’ brand. www.RaceRotax.com | @J3Competition | #RaceRotax | +1 184 864 1846 | Info@J3Competition.com