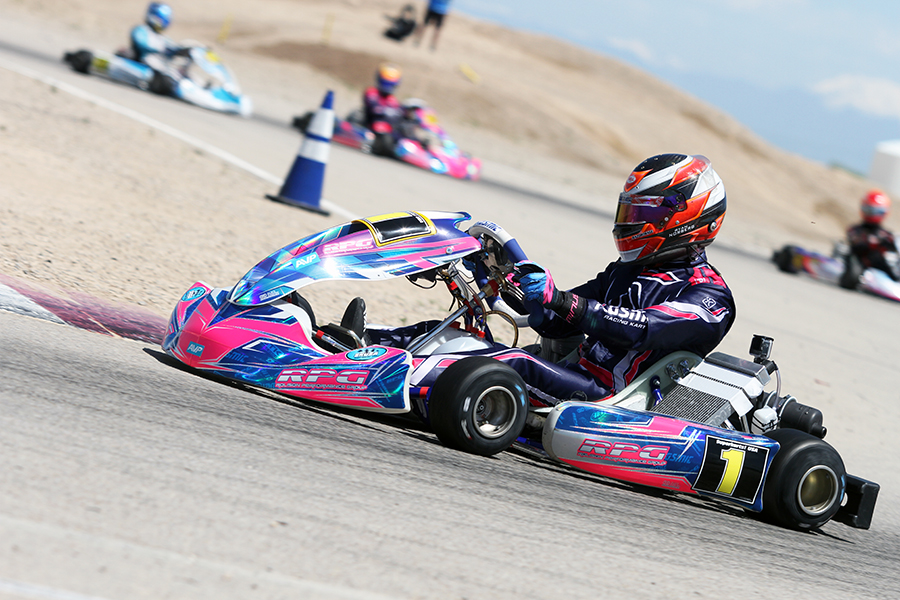 It is safe to say the formula that computes the eKartingNews.com TaG Driver Rankings Powered by Bell Racing USA is spot on. For years, we’ve heard that our system favors one way or leans toward another direction than it should. However, numbers don’t lie and at the top of the TaG standings are two of the most decorated drivers over the last five years.

The rest of the top-10, and the top-50 for that matter, are not far off. Brazilian Arthur Leist (PSL / Birel ART) has moved up into the fifth spot, however, he will not be able to improve his score as his commitments to the F4 US Championship takes him to Mid-Ohio next weekend, along with Brooks. A number of drivers featured in the EKN Driver Rankings will be racing in the F4 event, including WinterNats winner Joshua Car, former SKUSA champ Dylan Tavella, last year’s SummerNationals winner Ryan MacDermid, and SKUSA #3 plate-holder Dante Yu – who fell out of the top-10 this month.

Moving up one spot along with Leist is KartSport North America / Kart Republic driver Alex Bertagnoli. The former SKUSA Pro Tour Junior champion improved his score with top-five results, including podium on Sunday at the USPKS finale. Hannah Greenemeier (RPG / Kosmic) was fifth, but lost a few points to drop below the 7000-point mark and she now resides in seventh. Greenemeier charged her way forward both days at last year’s SummerNationals, so she has the potential to improve her ranking this weekend.

Trey Brown (Nash / FA Kart) moved back into the top-10 following a top-five run at the California ProKart Challenge event in Monterey, as Colin Neal dropped one position to ninth after losing points. Neal has not competed since the SpringNationals, and is back under the Rolison Performance Group / Kosmic tent this weekend in New Castle. Holding the 10th spot is Josh Green (MDR / Kosmic), the top rookie of 2019. Green was the point leader in the USPKS program heading to the finale, however, conflicting schedules with his F1600 program cost him a chance to race for the title in New Castle. Green bounced back after a dramatic incident in practice to win all three races at VIRginia International Raceway and take over the point lead in the open wheel series.

A place in karting history awaits Ryan Norberg heading into the weekend. The Rolison Performance Group / Kosmic driver is on the verge of earning a fourth-straight SKUSA Pro Tour X30 Senior championship. In modern day karting, dating back two decades, no driver has won four straight championships or ‘national titles’ in sprint karting – let alone in the most competitive division in the sport. Hundreds of drivers have competed in the class over the last four years. Yet, at the end of the year, Norberg is the driver standing on top. Still, Norberg needs to remain near the top-10 all weekend in New Castle in order to claim what could be a fourth title. 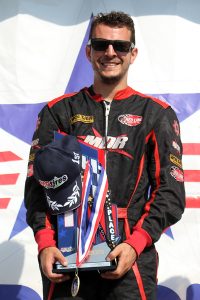 Following in Norberg’s tracks is Brandon Jarsocrak. The ‘Shillington Slingshot’ was able to record a third straight United States Pro Kart Series title in the X30 Pro division. It nearly came to an end with two laps remaining in the last main event at New Castle when Jarsocrak’s chain decided to break apart. The points swung in his favor by 17, putting him in the USPKS record books. While it is not on the ‘same level’ as the SKUSA Pro Tour, the fields at the USPKS program have averaged over 30 and was just below that mark in 2018, featuring many of the same drivers we will see this weekend. While the SKUSA championship is still not out of reach, he carries a strong NCMP resume, having won two of the last four SKUSA SummerNationals main events.

This could be the last month for Christian Brooks to be inside the top-three of the EKN Driver Rankings. The Florida Winter Tour champion has had a solid season, adding a victory on the SKUSA Pro Tour and entered among the championship contenders into the SpringNationals. A tough weekend in Utah has dropped him out of contention, however, the Californian will be just east of New Castle this weekend, competing in the F4 US Championship event at Mid-Ohio Sports Car Course. Brooks is coming off his first F4 series victory at VIR, putting himself in a good position to battle for the title heading into the final three events of the season. EKN wishes Brooks the best of luck, and we hope to see him at the SuperNationals in Las Vegas.