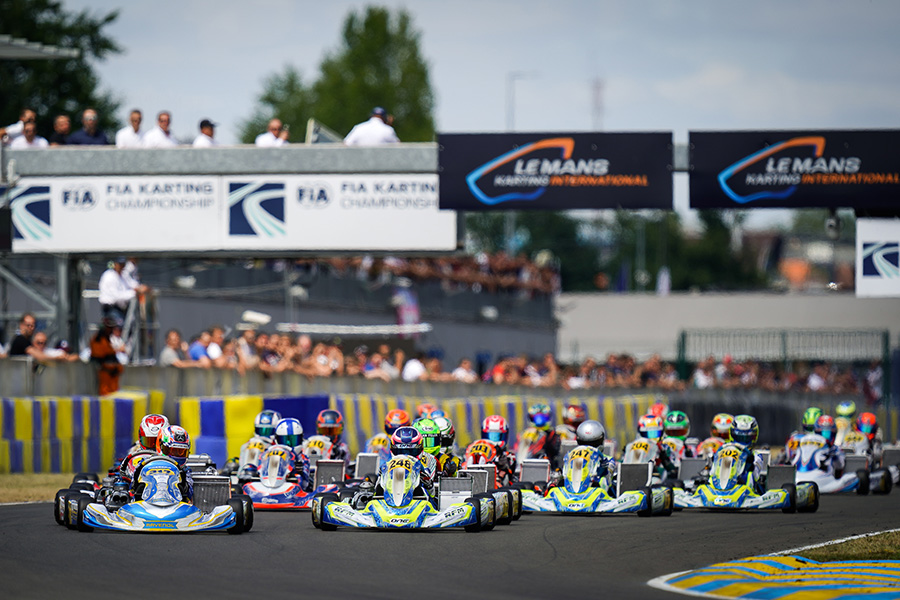 It was not until the last Final of the season that the FIA Karting European Champions – OK & Junior 2019 were decided. Strategy was at the heart of the Le Mans Competition where the battles were numerous and spectacular. The 2018 OK World Champion Lorenzo Travisanutto won his first European title, while the youngster Marcus Amand was crowned Junior European Champion to close a particularly tough weekend.

After Angerville (FRA), Genk (BEL) and Kristianstad (SWE), the FIA Karting European Championship – OK & Junior didn’t reveal the names of the Champions until the fourth Competition on the Le Mans circuit (FRA). At the start of the Finals, several contenders were still hoping to be crowned, in parallel with the fight for the victory in the last Race.

Good weather dominated at Le Mans during the three days of the Competition, with the exception of a short rainy period early in the afternoon on Saturday. The free management of the two sets of slick tyres awarded from Qualifying Practice onwards gave rise to various simple or elaborate strategies to make the most of each situation. The racing, already intense on Saturday at the end of the day, rose a notch on Sunday morning in the last six Qualifying Heats. Incidents, skirmishes and penalties multiplied with some participants playing their final cards, and the favourites were trying to preserve their advantage in this electric atmosphere. The two Finals in the afternoon kept the tension high with several twists affecting some of the 34 finalists in both categories. The two new FIA Karting European Champions, Lorenzo Travisanutto (ITA) in OK and Marcus Amand (FRA) in Junior, finally have their talent and merit confirmed during this intense continental season. 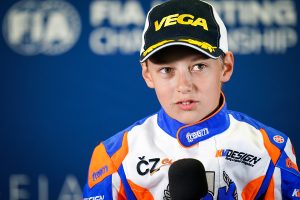 The face of the Competition was still changing in the last three Qualifying Heats on Sunday morning. The Poleman Martinius Kleve Stenshorne (NOR – FA Kart / Vortex Vega) confirmed his great form by sharing the front row of the Final starting grid with Andrea Kimi Antonelli (ITA – KR / Iame / Vega), then Connor Zilisch (USA – Tony Kart / Vortex / Vega) in 3rd. Marcus Amand (FRA – Kosmic / Iame / Vega), the leader of the provisional ranking of the Championship, started in an uncomfortable position in 6th place after two complicated heats. His direct pursuer Thomas Ten Brinke (NLD – FA Kart / Vortex / Vega) was not among the Finalists.

From the start, the confrontation was very close. Antonelli was quick to take the lead and was up to 1.6” ahead of Alfio Spina (ITA – KR / Iame / Vega) who was as close as three tenths on the finish line and set the fastest lap in the race. Ugo Ugochukwu (USA – FA Kart / Vortex / Vega) made a good comeback to reach the third step of the podium after passing his team-mate Stenshorne who finished 4th ahead of James Wharton (AUS – Parolin / TM Racing / Vega). Jostled initially, Amand then recovered with a mixture of caution and attack to preserve his chances of the title. He fulfilled his mission perfectly by crossing the finish line in 6th position. 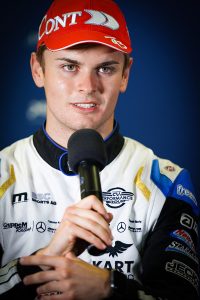 The leader Saturday night, Gabriele Mini’ (ITA – Parolin / TM Racing / LeCont) lost control in the last Qualifying Heats on Sunday morning in favour of the poleman Kobe Pauwels (BEL – KR / Iame / LeCont), the leader of the provisional ranking Lorenzo Travisanutto  (ITA – KR / Iame / LeCont) and Kirill Smal (ITA – Tony Kart / Vortex / LeCont). Another title contender, Dexter Patterson (GBR – KR / Iame / LeCont), started from 7th place. Smal and Kas Haverkort (NLD – CRG / Iame / LeCont) took the lead early in the race. Patterson disappeared after a collision and Travisanutto dropped down to 6th place. Meanwhile Mini’ retook the lead and took advantage of a mechanical breakdown for Smal to take the lead. He then pulled away inexorably to a great victory while the outcome of the Championship was decided behind him. Joseph Turney (GBR – Tony Kart / Vortex / LeCont) was 2nd in front of Luigi Colucci (ITA – Birel ART / TM Racing / LeCont). Taylor Barnard (GBR – KR / Iame / LeCont) then maneouvered to take 3rd place. Coluccio responded on the last lap but made contact with his rival and Travisanutto was conveniently back in 3rd position on the line, which turned into 2nd position after Turney’s poorly positioned front fairing penalty put him 4th behind Barnard. With a 10-place gain, Nikolas Pirttilahti (FIN – KR / Iame / LeCont) finished 5th.

Travisanutto won the OK European Championship against Mini’, as Patterson could not defend his chances.