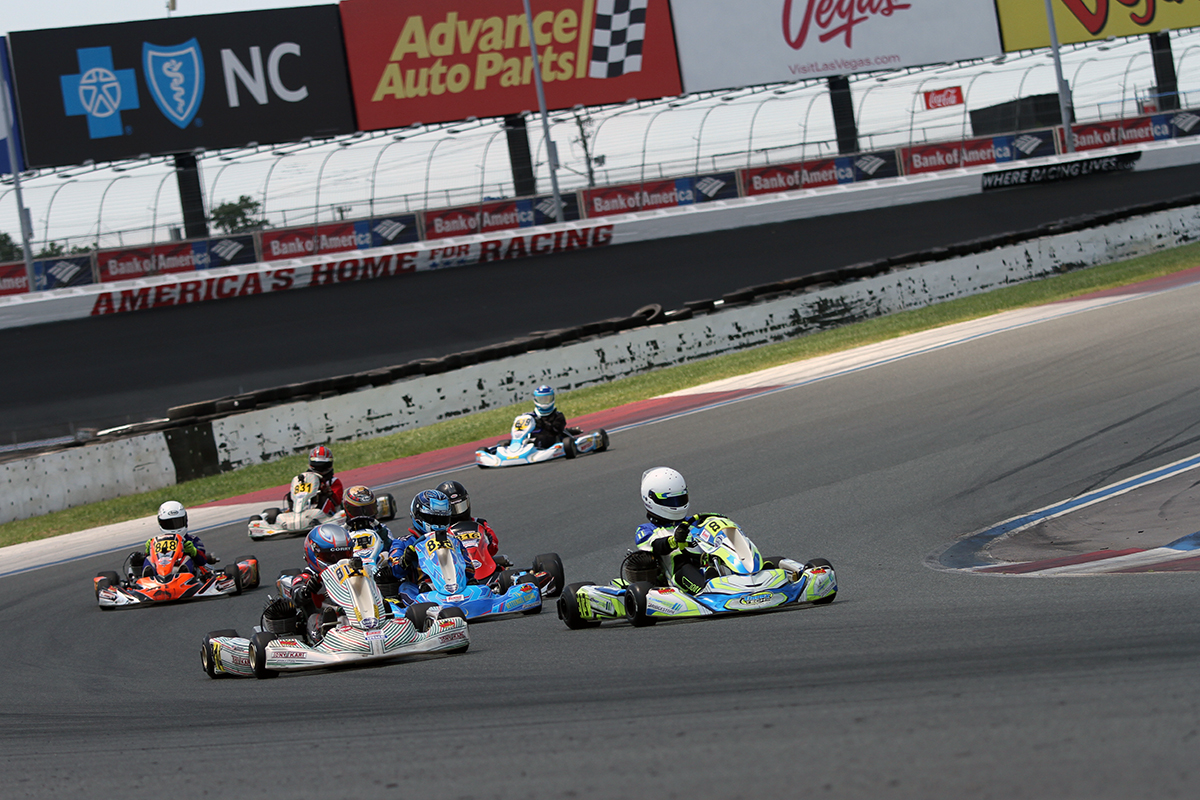 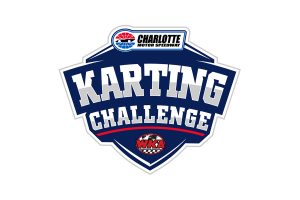 This weekend marks the return of karting racing inside the Charlotte Motor Speedway with the World Karting Association. The WKA CMS Karting Challenge is hosting a trio of events, including the Manufacturers Cup Series, National Road Racing Series and Speedway Dirt. A full day of action on Friday included practice days for Man. Cup and Road Racing while the Dirt completed their first day of racing. Saturday, all three programs hosted racing until a rain storm disrupted the action. The Manufacturers Cup Series called the day with only three main events completed before the rain hit. Road Racing had all but one race group completed while the weather opened up for the Dirt program to continue. 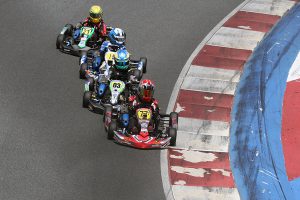 The first category on the track was the Briggs 206 Cadet division, the largest category on the weekend with 17 drivers. There was no clear top driver with the lead group featuring a number of drivers throughout the day. Christopher McKeithan (Nitro Kart) earned the pole position for the main event, placing top-four in qualifying and the two heats, winning the second. He and Heat #1 winner Ben Maier filled up the front row. Maier was shuffled back as top qualifier Parker DeLong (Nitro Kart) and Spencer Conrad (Nitro Kart) made up the lead pack. DeLong set the pace for the second half of the race, until Conrad was able to work past on the final circuit, holding off DeLong at the by eight thousandths of a second. McKeithan was a close third, completing the podium. Maier beat out Sebastian Ng (Nitro Kart) for the fourth spot.

Another photo finish came in the Kid Kart main event. Adam Wooldridge (Birel ART) was able to complete a sweep on the day, finishing every session in the number one position. The main event came with heavy pressure from Jacob Schaible (Emmick). Wooldridge would reach the checkered flag first by 93 thousandths of a second. Colton McQuade (Top Kart) rounded out the podium in third, beating out Holden Harder (Emmick) for the spot with Jordon Pulchlopek (Praga) in fifth. 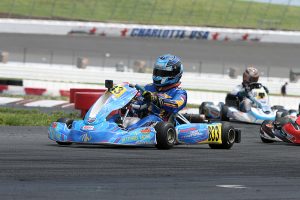 The last main event of the day was cut two laps short of its scheduled distance due to the facility shutting down with lightning in the area. Tyler Wettengel (KSNA / FA Kart) was able to win the battle for the IAME Junior victory. Wettengel won the opening heat race, but was second to Hayden Jones (Nitro / Tony Kart) in qualifying and the second heat. Jones led the first eight laps of the main event until Wettengel took over the position. Nathan Nicholson (CM / Tony Kart) was in the mix as well in the final circuits. Wettengel established a solid lead to grabbed the checkered flag. Nicholson beat out Jones for the second spot with Adam Maxwell (Top Kart) in fourth.

The remaining categories were decided by the collection of heat points with the storm ending the action on the day. Matthew Duncovich (KSNA / Kart Republic) was able to overcome an issue in qualifying to win both heat races in on the day in IAME Senior. Duncovich was awarded the top spot on the podium with Cade Downes (Nitro Kart) second and Logan Coozie (Timmy Tech / CompKart) in third. 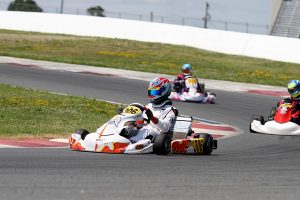 Sunday’s events are to go on as scheduled with no threat of rain in the forecast. Each of the eight categories will run warm-up, qualifying, Prefinal and Final for the WKA Sunday format.