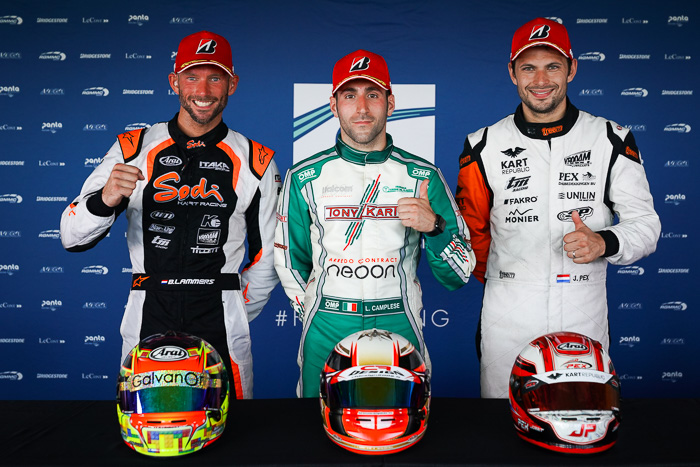 After the extraordinary Finals, two FIA Karting European Champions were crowned in Sarno after confounding most of the predictions: Jorrit Pex (NLD) won for the third time in KZ and Emil Skaras (SWE) for the first time in KZ2, while  the Finals were won respectively by Lorenzo Camplese (ITA) and Emilien Denner (FRA). In the second of the three Competitions of the FIA Karting Academy Trophy, Oleksandr Partyshev (UKR) took his first victory.

Under the watchful gaze of Felipe Massa, the President of the CIK-FIA, the Italian Grand Prix Kart ended as it had begun in the sun and heat of the Naples area. However, although highly contested, the last Qualifying Heats of Sunday morning did not significantly disrupt the hierarchy of the day before. In the afternoon, the three Finals produced an absolutely fantastic spectacle, full of sporting achievements and blows of fate, as always with kart racing. The final ranking of the two European Championships, and in particular the best-placed Drivers’ score, showed extremely small gaps, including several points equalities, reflecting the sharpness of the clashes on the track perfectly. 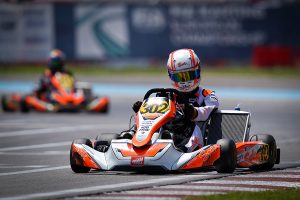 Academy: De Haan first on the track but disqualified, victory for Partyshev 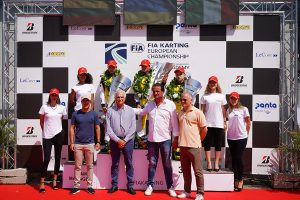 At the wheel of their one-design Exprit / Vortex / B’stone karts, the 34 qualified Drivers competed in the Final of the second Academy Trophy Competition at Sarno in the heat wave. Under a disqualification for work on his kart in the Parc Ferme, Robert De Haan (NLD) achieved a great performance by crossing the finish line of the FIA Karting Academy Trophy Final more than five seconds ahead of his pursuers. Kajus Siksnelis (LTU) was first followed by Christian Ho (SGP), then Oleksandr Partyshev (UKR) and Gael Julien (IND). Paolo Ferrari (ITA) came back to participate in the fight at the front. Ho lost ground, Partyshev was back in front of Siksnelis and won by more than a second ahead of his rival. Ferrari followed in 3rd position, Justin Arseneau (CAN) finished 4th with a gain of seven places and Alexandr Gubenko (RUS) moved up 15 places to reach 5th place with the fastest lap in the race 4 tenths ahead of Luca Mars (USA) up from 18th position.