The discussion of how to grow the sport of karting is one that continues year after year. The simple solution is getting people into the seat and driving, no matter the chassis, engine or tire. Let the experience sell itself. Different tracks and clubs have their own unique views on how to market to new customers. One promoter who is excited about the sport of karting and is set to run eight unique events in 2019 is Chris McCoy of Endurance Karting By ProCup. The headline event of their year is the ‘24 Hours of America’, which will be held this season at the New Castle Motorsports Park in Indiana on June 21-23.

McCoy grew up wanting to be a racer, as many of us in the sport did. There was no interest by his parents to help him achieve that goal, so McCoy waited until a unique opportunity arose. In 1997, when he was 24, Chris’ wife won a trip to a Skip Barber Driver School session at Road Atlanta. Chris took advantage of the prize to get his first taste of driving a real race car. 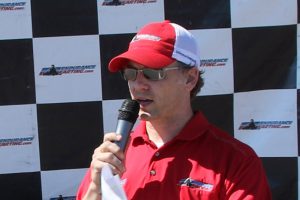 “When there were no scouts for IndyCar or NASCAR waiting on the sideline to sign a contract to drive their cars, I really had to review what my options were to race. There were a number of options for car racing, but the cost factor was something I could not overcome at that time.”

Thankfully for McCoy, an Andretti Indoor Karting and Games was constructed near his home in Georgia. Making weekly trips to the facility cured his racing blues, as he joined a competitive league. When the facility threatened to shut down the league, Chris stepped up to promote his own league in 2002 called ‘ProCup Karting’. The program offered four seasons (spring, summer, fall and winter) and became a success.

Evolution is always part of the sport, and a group of the series racers were looking for an option to go racing outside, away from the indoor track. They found a similar program conducted by Johan Schwartz called Endurance Karting. The program held endurance events at different locations throughout the year. The first event McCoy’s ProCup group attended was nearby at the 103rd Streets Sports Complex in Jacksonville, Florida. 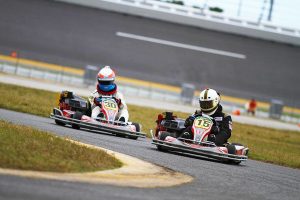 “The racers we brought into the Endurance Karting program really liked the option of traveling to different tracks,” McCoy continued. “It was a great way to take the mentality of the indoor karting genre of no wrenching and no need of transporting their own karts to the outdoor discipline. Just focus on driving and having a good time. The parity of the karts kept things very competitive and really put the emphasis on the drivers themselves.”

Event after event, the group of ProCup Karting continued bringing teams of drivers to Endurance Karting events, enjoying the multitude of races throughout the year. In 2012, Schwartz approached McCoy about purchasing Endurance Karting as he looked to focus on his own motorsports career. By July 2013, McCoy and his wife finalized the purchase of company, known now as Endurance Karting by ProCup.

Endurance Karting by ProCup has continued what Schwarz began, and has since evolved under the guidance of McCoy. The 2019 schedule includes eight events held up and down the east coast of the United States. The crown jewel is the 10th running of 24 Hours of America at New Castle Motorsports Park on June 21-23. Competitors will take to the New Castle, Indiana facility for a twice-around-the-clock event in multi-class racing. 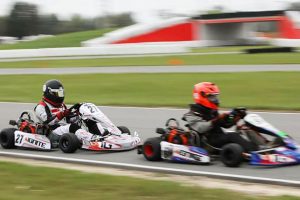 Briggs 206 powered karts on track at the 2018 edition of the 24 Hours of America (Photo: Endurance Karting)

The cornerstone of the Endurance Karting by ProCup events is the Dino Leisure chassis powered by a Honda GX270. Depending on the event, a number of classes are offered based on experience, age, and weight.

“The Dino karts are extremely lightweight for a rental kart and this characteristic, along with a hard tire yield handling that requires smooth inputs to extract consistent speed. Each kart is different, but our chief kart tech is Dan Burke has been preparing Dinos and other karts for more than 10 years, in addition to his work as a crew chief for a Pirelli World Challenge Team. He and his staff use various tuning tricks of the trade to bring parity to the fleet. The use of GPS technology and run groups of testers also help dial them in. We feel it’s important for new and experienced partners to be able to show up to the track and compete in their class.”

In 2018, Endurance Karting introduced the Briggs & Stratton 206-powered karts to the program. The ‘ELO’ classes has just two classes with Pro and Pro40 for a team with an average age of 40-plus. Like the Dino package, Endurance Karting provides a full Arrive and Drive program for the ELO classes, featuring a Righetti Ridolfi Extreme Kart with the a Briggs 206. Teams have the option to field an entry with their own personal chassis, as all the entries in the ELO classes are provided a new Briggs & Stratton 206 engine with their entry.

“The availability of a sealed engine that caters to drivers trying to keep costs in check has been a tremendous breakthrough by David Klaus and his staff at Briggs & Stratton. The reliability and consistency of performance allows us to offer an arrive and race package that gives drivers a next step with our program. Having a tuner available to assist with getting up to speed or do repairs is a huge boon for the karters moving up from concession karts.” 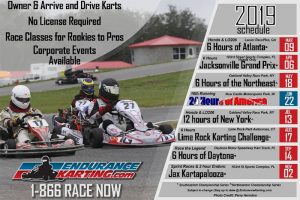 During the weekend at New Castle for the 24 Hours of America, Endurance Karting by ProCup has enlisted Adrenaline Fix Karting to offer tuning and mechanical services for all entries so teams can get up to speed right away. AFK has multiple years of experience with endurance karting, competing in the RoboPong 200 and provides services at New Castle for the local club Kart Racers of America program. AFK was also part of the 2011 Guinness World Record for 24 Hour Karting by Trey Shannon. Also added to this year’s event is Bailey Sigler, formerly of GoPro Motorplex, as Director of Operations for the 24 Hours of America.

Prior to the 24 Hours of America, Endurance Karting by ProCup has hosted three events along the east coast. The season opened up with the 6 Hours of Atlanta at Lanier RacePlex in Georgia, followed by the Jacksonville Grand Prix at 103rd Street Sports Complex in Florida. The most recent was the 6 Hours of the Northeast, held at the famed Oakland Valley Race Park in Cuddebackville, New York.

The program is back in action one month after the 24 Hours of America, with a the 12 Hours of New York at OVRP on July 13. August and September host two more six-hour races, with the Lime Rock Karting Challenge in Connecticut and the 6 Hours of Daytona in Florida around the same circuit the WKA Daytona KartWeek competes on each December. Closing out the 2019 season is the Jax Kartapalooza with sprint races and a 3-hour enduro held at 103rd Street Sports Complex.