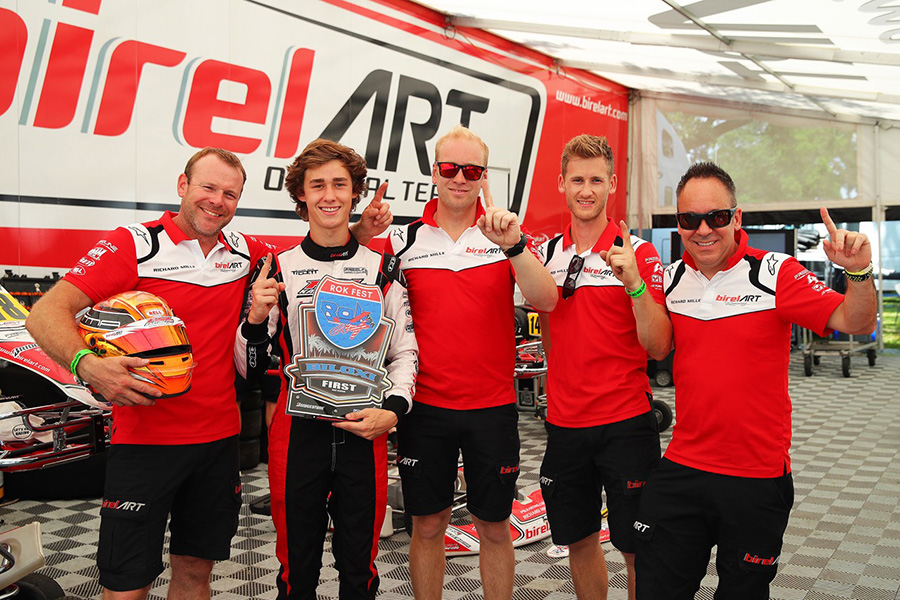 With a weekend that saw sun, rain and hot and humid temperatures, the Birel ART North America outfit rose to the occasion with a pair of wins and multiple podiums at the 2019 ROK Fest Biloxi. Taking place at the Finishline Performance Karting facility in Biloxi, Mississippi, Ryan Kinnear and Arthur Leist, brother of NTT IndyCar Series driver Matheus Leist, topped the podium blocks at the end of the weekend adding more wins to the Birel ART North America racing resume.

“Overall, it was a great weekend,” explained Dominic Labrecque. “Our Birel ART drivers showed great pace in changing weather and on multiple different track conditions. Arthur Leist, courtesy of his win in ROK Senior, earned a ticket for the ROK International Final later this year in Italy while several other drivers were able to stand on the podium over the event weekend.” 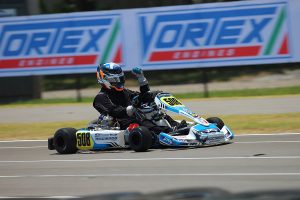 After qualifying in the sixth position, Leist showed speed and patience as he progressed through the heat races towards the main event. Competing with fellow Birel ART North America drivers Colby Dubato and Thomas Nepveu, who qualified fifth and seventh, Leist got the best of the field in Sunday’s main event taking the top step of the podium and accompanying ROK International Final ticket. Dubato and Nepveu also showed great pace, each picking up a heat race win, but when the final checkered flag had flown, the Canadian Nepveu was classified in fifth after a small mistake cost him to narrowly miss the podium while Colby Dubato came home tenth.

Ryan Kinnear was the dominant driver in ROK Shifter Master. After taking Friday afternoon’s pole position, Kinnear went on to claim a pair of heat race wins and an off pole starting position for Sunday’s main event. Determined to bring another win to Birel ART North America, Kinnear controlled the main event, taking the checkered flag and win by 1.421 seconds. 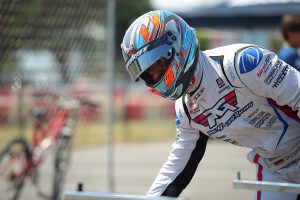 Two additional podium results came from Senior ROK Shifter drivers David Greco and Mathias Ramirez. After qualifying second and third respectively, the duo put their Birel ART chassis on top through the heat races, both taking wins and securing a front row lock out for the main event. Ramirez scored the best results of the duo in Sunday’s final crossing the line in P2 while Greco chased closely behind in third, adding another pair of podium results for elite karting brand.

Vatche Tatikian claimed another Birel ART North America podium in the ROK Masters division turning his third place qualifying effort into a second place result, while Caleb Gafrarar turned heads in Vortex Mini ROK. After a disappointing qualifying effort that saw the youngster mired back in 15th, Gafrarar drove forward in heat one, taking the victory from inside row eight. In the main event it looked as if he had added another podium to the results resume, but a post race two-position penalty dropped him to fifth on the results chart. Though disappointed in having the podium result taken away, Gafrarar had a nice rebound after his qualifying effort.

Labrecque continued, “A big thank you to all the PSL Karting and Phil Giebler Racing drivers, crew and families for their support, help and results this weekend.” 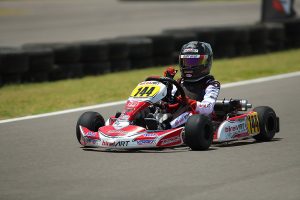 Looking forward to their next event, Birel ART North America will enjoy some little away from the track before competing July 19-21 at the Canadian Open in Mont-Tremblant, Quebec.

For more information to become part of the Birel ART or Ricciardo dealer network, or the PSL Karting Race Team and how to join them for your 2019 racing program, please contact Dominic@PSLKarting.com.