Another Win for Supertune This Weekend at ROK Fest Opener

First and third place finishes in Mini ROK for Supertune 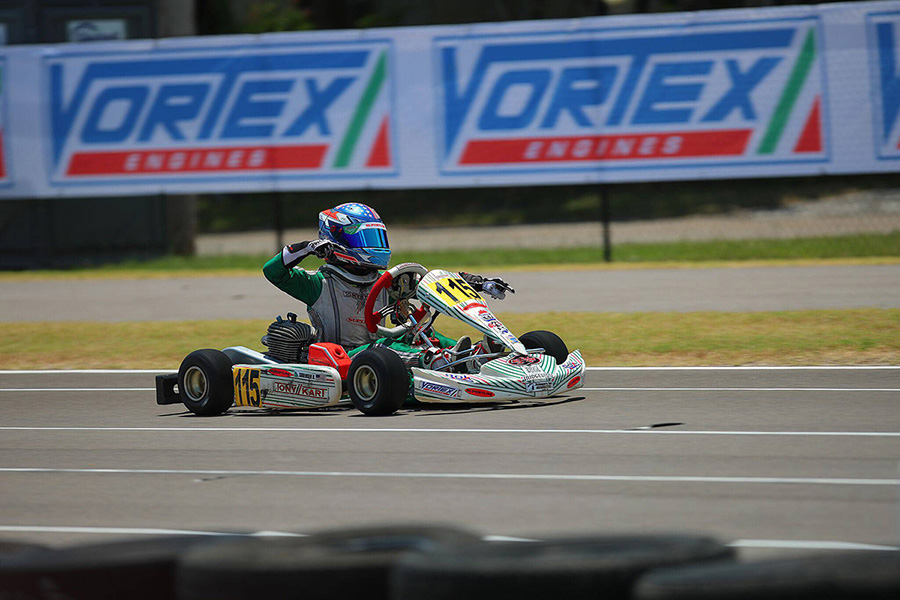 Kai Sorensen added another win to his 2019 total
(Photo: CKN)

It was another winning weekend for Supertune at the opening round of the 2019 ROK Cup USA ROK Fest. Taking place at the Finishline Performance Karting facility in Biloxi, Mississippi, Tony Kart driver Kai Sorensen added another win to his growing resume with Enzo Deligny finishing third, putting two Supertune drivers on the podium at the end of the main event.

“We had a good weekend in Biloxi and though luck may have not been on our side Sunday, we were still able to add a win and two podiums,” explained Supertune’s Ben Cruttenden. “Our team, drivers, and mechanics did a great job battling changing weather conditions, as did the ROK Cup USA series.”

Never running outside the top-six throughout the event weekend, Sorenson qualified on the front row and went sixth, second, fifth and first in his four heat races. Securing the off pole starting position for the main event courtesy of his consistent finishes, Sorensen capitalized, adding another win in his 2019 program. Joining Sorensen on the podium was Enzo Deligny, who claimed the pole position in the Vortex Mini ROK class on Friday afternoon before a pair of third place finishes, a win, and a fifth in the heat races. Making it an all Supertune front row for the main event, Deligny managed to secure a third place result when the final checkered flag had flown, after running in the second position until the final circuit.

Showing speed throughout the weekend, Anderson Leonard finished in the tenth position after qualifying third on Friday and finishing second in the third heat race on Saturday. Recovering from a first corner incident that dropped him to last, Leonard recovered for a top-ten finish. Fellow Mini ROK drivers Julian Dacosta and Xander Reed ended their weekends in 18th and 20th.

Running just outside the top-ten for the majority of the weekend, Vortex ROK Junior driver John Burke was involved in an unfortunate first turn incident at the start of Sunday’s main event. Looking to move forward from his row seven starting spot, Burke was unable to complete a lap and will shift his focus to the next event.

The next event for Team Supertune will be the United States Pro Kart Series June 14-16 at the GoPro Motorplex in Mooresville, North Carolina. Dubbed ‘The Carolina Grand Prix’, Supertune will be challenging for more wins and podiums in the Tar Heel State.