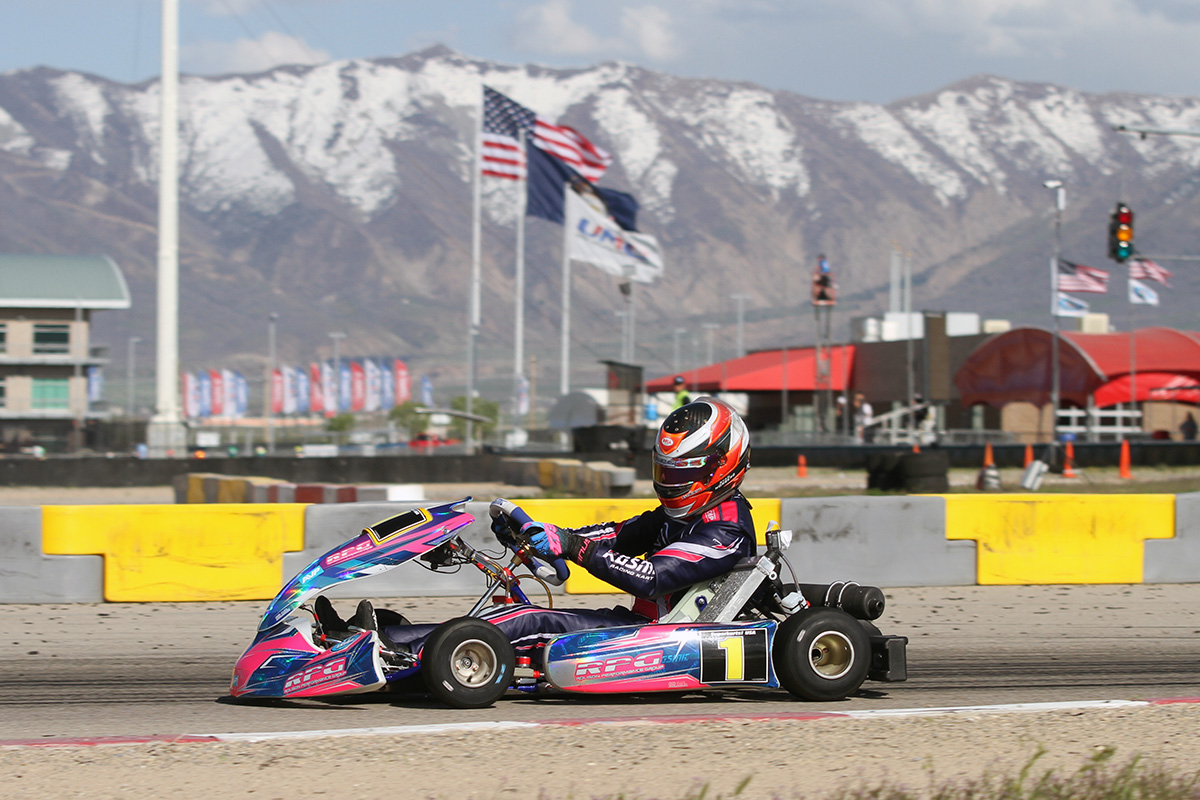 The top spot of the eKartingNews.com TaG Driver Rankings Powered by Bell Racing USA has become a familiar position for Ryan Norberg. For the last two seasons, the Florida driver has finished the year at the top of the standings. The reigning three-time Superkarts! USA champion seems to be in position to earn the top driver honor for the third straight year.

The Rolison Performance Group / Kosmic driver is coming off two wins at the SpringNationals, and leads the SKUSA Pro Tour X30 Senior standings. Trailing Norberg in both the title chase and Driver Rankings is Brandon Jarsocrak. The former KSNA / Kart Republic driver had his best weekend of 2019 at the SpringNationals in his return to Mike Doty Racing aboard a Tony Kart. Jarsocrak broke up the perfect weekend for Norberg, stealing fast lap on Sunday. Christian Brooks (Nash / FA Kart) remains in third despite losing points after a challenging weekend in Utah.

Austin Garrison (CRG Nordam) had a difficult weekend in Utah as well, unable to break into the top-20. Despite not improving his score, Garrison advanced two spots to fourth. The current United States Pro Kart Series championship leader can bounce back in North Carolina in two weeks. Utah helped to move up Hannah Greenemeier into the top-five. The RPG / Kosmic driver grabbed her first SKUSA podium finish at the SpringNationals, and moved up four spots in the Driver Rankings.

Absent from Utah was SKUSA #3 plate holder Dante Yu (J3 / CompKart). Losing points from last year and not replacing them had Yu fall from second to sixth. Dante, focused on a F4 program in 2019, came back to race at the Stars & Stripes Trophy event in Utah, landing on the podium in third to salvage some points to keep himself inside the top-10. Holding in the same positions of seventh and eighth are Alex Bertagnoli and Arthur Leist. Bertagnoli has been on the sideline since the WinterNationals in March, with no word on when his next race will be. Leist (PSL / Birel ART) had an up and down weekend in Utah, showing the speed to contend but only able to record an eighth place finish as his best result.

With his best SKUSA Pro Tour finish of his career, Colin Neal jumped up into the top-10. Neal joined Rolison Performance Group / Kosmic for 2019 and nearly reached the podium Saturday in Utah to finish fourth. Following him back into top-10 is Trey Brown. The Nash / FA Kart driver was one spot ahead of Neal in that Saturday main event, landing his first podium finish of 2019 and put himself in contention for a top-three position in the SKUSA Pro Tour standings. Jake Drew (HRT / Kosmic) fell one out of the top-10 down to 11th, as did 2018 SummerNationals winner Ryan MacDermid (Prime / Birel ART) – who is focused on his F4 program in 2019. Notables to watch moving up include Canadian Thomas Nepveu (PSL / Birel ART), who climbed into the top-50 and up to 18th. Veteran Wesley Boswell (Tony Kart) is spending more time in the seat and racing, now into the top-50 along with current EKN Shifterkart Driver Rankings #1 AJ Myers (CRG Nordam) up to 48th with seven events on his record as well.

If the SpringNationals is a preview of what is to come for Ryan Norberg for the rest of 2019, everyone will be racing for second. The combination of Norberg and Rolison Performance Group was unbeatable in Utah, both for the SpringNationals and at the Stars & Stripes Trophy event where they claimed a third straight victory. Add that to the three wins and title at the SKUSA Winter Series, and Norberg has a solid first half of 2019. The SummerNationals await Norberg, who has a comfortable lead in the SKUSA Pro Tour standings in search of a fourth straight X30 Senior title. 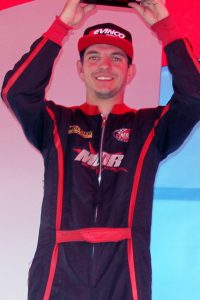 Utah was a great bounce back for the ‘Shillington Slingshot’ Brandon Jarsocrak. Results were just not rolling in Jarsocrak’s direction for the 2019 season, who continues to be among the top contenders in USA karting. Following the USPKS opener at Ocala, Jarsocrak parted ways with KartSport North America and Kart Republic, and rejoined Mike Doty Racing aboard a Tony Kart for the SpringNationals in Utah. It was a reunion with his first ever race team, and the results soared with a runner-up and near podium finish on Sunday. Jarsocrak is now second in the SKUSA Pro Tour championship chase, heading to a track where ‘Money’ has a winning record as a two-time SummerNationals victor. But first, the United States Pro Kart Series at GoPro in two weeks with MDR where Jarsocrak won both main events in 2018.

Championship hopes for Christian Brooks could be all but gone following a challenging weekend in Utah for the SKUSA SpringNationals. The Round One winner at the WinterNationals struggled in Saturday in Utah, and came back to score a top-10 result on Sunday. While Brooks sits third in the SKUSA Pro Tour standings, the Nash / FA Kart driver needs help and a perfect weekend at the SummerNationals in order to attempt to dethrone Norberg from the top spot. While the title may not be a viable option, #1 in the EKN Driver Rankings still can be achieved for the 2019 Florida Winter Tour champion.