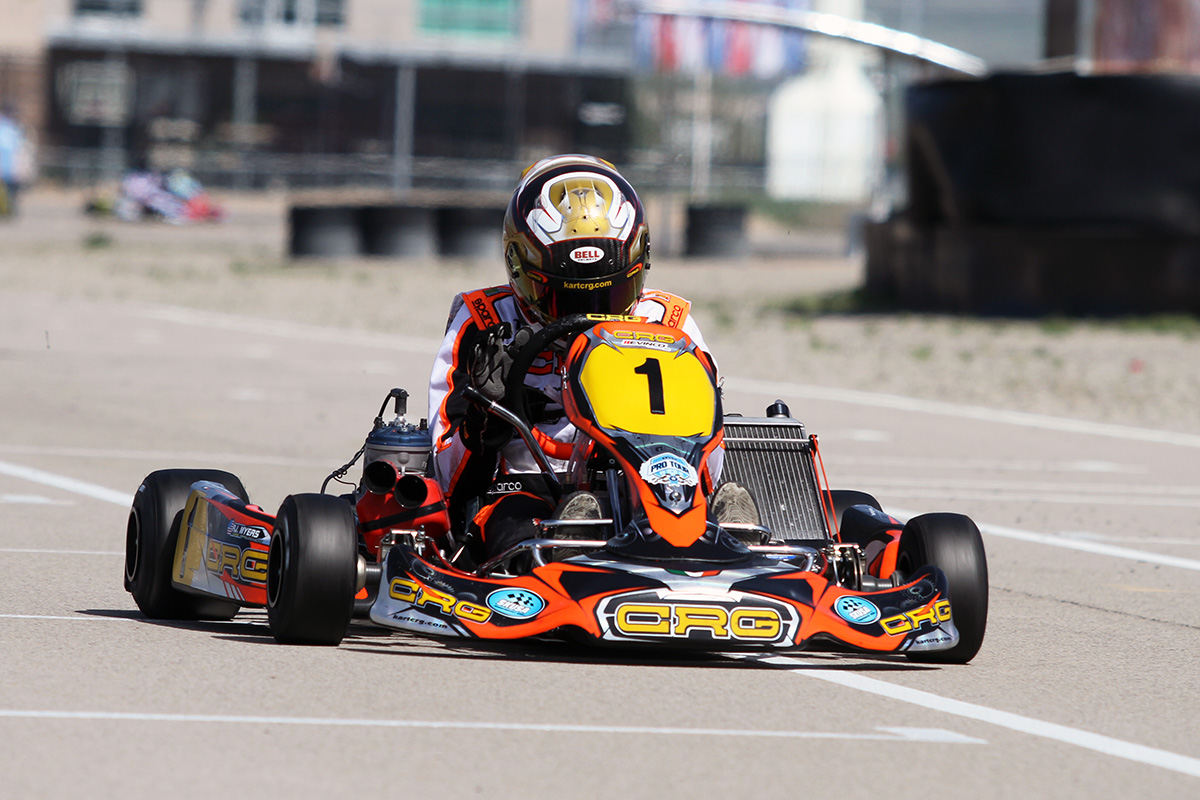 The numbers continue to increase for the eKartingNews.com Shifterkart Driver Rankings Powered by Bell Racing USA. This month’s release features 230 drivers, and increase from April’s standings thanks to the expansion of the program in 2019 from the Stock Moto platform. A number of events were calculated into the newest standings, however, the top three positions remain unchanged.

2018 SKUSA Pro Tour champion AJ Myers continues at the top of the standings with no change to his score. The results from the recent SKUSA SpringNationals and his debut with CRG Nordam did not make his top-seven results from the last 12 months. His new teammate Kyle Wick is still in the second spot, losing points from last month as did #3 Billy Musgrave. Wick finished runner-up on Saturday while Musgrave extended his podium-less streak to four rounds on the SKUSA Pro Tour for 2019.

The SpringNationals helped to boost the score for Mathias Ramirez. The PSL / Birel ART driver won Saturday’s main event, placing second on Sunday to move himself up to fourth in the Driver Rankings. His advancement dropped Hunter Pickett (GFC) down to fifth, who has not raced an EKN Driver Rankings event since the Challenge of the Americas finale at the beginning of April. Also jumping up thanks to his SpringNationals performance was Andrew Bujdoso. The Ohio native won his second SKUSA Pro Tour race of the season on Sunday in Utah with a solid performance, and his final with Mad Old Nut Racing / Croc Promotion USA. The current SKUSA Pro Tour Pro Shifter championship leader has moved back home to Checkered Motorsports and is now piloting the Solo Kart chassis. Bujdoso has two months to get himself acquainted with the new steed before he attempts to claim his first SKUSA Pro Tour title at the SummerNationals in August.

Challenge of the Americas Shifter Rok Senior champion and veteran Ron White (RWR / CRG) dropped to seventh with no change in his points, just the advancement of Bujdoso to sixth from outside the top-10 as the reason for his change. Pro Shifter 2 driver Max Hewitt (CRG Nordam) and Prescott Campbell (MRC / Aluminos) remain in their same positions of eighth and ninth from last month. Down five spots to 10th is Rory van der Steur (Tony Kart). The 2018 Rock Island Grand Prix King of the Streets lost his two runner-up finishes at last year’s SpringNationals in Phoenix from his score, and has not finished on the podium on the SKUSA Pro Tour in 2019 since Round One. Jamaican Collin Daly (DRT / DR Kart) also lost points, and fell outside to the top-10 to 11th.

AJ Myers finds himself in a new home but in a similar situation. It was a solid debut for Myers with CRG Nordam, running double duty while scoring his first pole position and podium in Pro Shifter aboard the black and orange. He now sits second in the SKUSA Pro Tour championship chase, trailing former teammate Andrew Bujdoso. The Florida native was in the same position last year entering the SummerNationals, winning the final round to clinch his first SKUSA Pro Tour championship. There is no doubt, New Castle will be a shootout weekend with three drivers sitting within 25 points.

Among those three drivers fighting for the SKUSA Pro Tour Pro Shifter championship at the upcoming SummerNationals is Wick. The 2018 vice champion jumped up thanks to his finale weekend performance last August and carries the #2 plate on his CRG Nordam machine. Wick has been among the quickest all season, however, only able to score a highest finish of third, twice. The 19-year-old was en route to a third straight podium finish in Round Four until a slight error fighting with fellow northwest driver Joey Wimsett spun him around. Wick needs to regroup and look at the big picture – a SKUSA Pro Tour championship – when he arrives in New Castle this August. 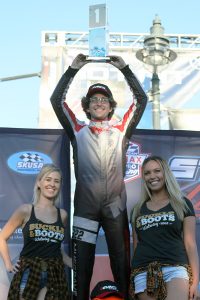 The 2019 season has not been executed as hoped for Billy Musgrave. The 2018 SKUSA SuperNationals Pro Shifter winner was happy to bring his total of wins in Las Vegas to three, however, a Pro Tour championship is what eludes the driver. Since racing on the national level in 2012, Musgrave has not been able to claim a Pro Tour title. Five California ProKart Challenge crowns and many at the Los Angeles Karting Championship are great for the shelves, but one spot remains for the Pro Tour trophy. Musgrave is fourth in the standings, needing a perfect weekend at the SummerNationals for a shot at the title. His move to Croc Promotion USA and Mad Old Nut Racing may be the rekindling that he needs to claim that elusive championship.

EKN Shifterkart Driver Rankings Powered by Bell Racing USA – as of May 27, 2019