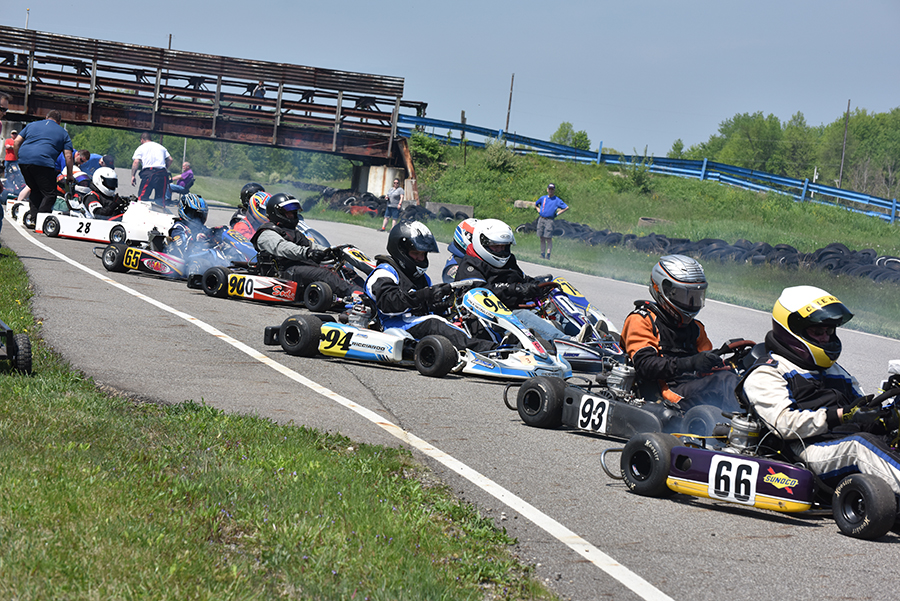 Jerry Revely of Lake Villa, IL won both Open Sprint Finals 1 and 2.  “I’m getting use to the speed,” said the Buller Racing Engines powered CKI chassis pilot. “The motor was good, but I was a little worried about the clutch, the clutch was giving me a little trouble,” he added after his first win.

Steven Mitchell crossed 5-laps down for second and third place finisher Lance Hiser was further back, 14-laps down from Revely.  Sunday Mitchell was down 8-laps and Hiser was 16 laps behind.

A full race report will be published later in the week. Meanwhile photos from the Nelson Ledges Race are available for viewing and purchase at: www.actionpixandpromos.com.