The 2019 WKA Bridgestone Manufacturers Cup Series program resumes this weekend, heading to the CTECH Manufacturing Motorplex at Road America. The Tillett Racing Seats Road America Nationals at the Elkhart Lake, Wisconsin hosts Round Five and Six of the 2019 championship series. The May 17-19 event is the third of the season, following the Daytona KartWeek in December and the GoPro Motorplex weekend in March. 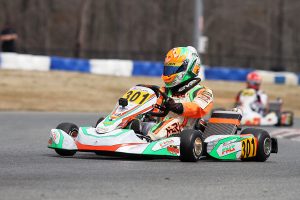 This is the first visit to the Road America facility since 2010 for the WKA Manufacturers Cup Series. The CTECH Manufacturing Motorplex, situated inside the famed 4-mile Road America circuit, was resurfaced prior to the 2018 season. The facility features multiple configurations, with the standard track layout measuring out to roughly 7/10 of a mile for seven of the categories competing. The Kid Kart division will compete around a shorter layout on the weekend. Friday will provide a full day of official practice for competitors. Saturday is Qualifying, two rounds of heat races, and a main event while Sunday is a condensed version with Qualifying, Prefinal and Final. Event details can be found at worldkarting.com.

Former WKA champion Brandon Lemke asserted himself into the championship chase in the IAME Senior division with two victories at the GoPro weekend. Lemke (Franklin / Merlin) holds the top spot over Brandon Jarsocrak, who is not scheduled to compete in Road America. That puts Jake Venberg (Franklin / Kosmic) as the lead challenger, trailing Lemke by 255 points going into the weekend. Arie Venberg (Franklin / Kosmic) is at the top of the KA100 Senior standings after victory in Round Four. Daytona winner Brad Brittin (Franklin / Merlin), who had Brandon Lemke drive for him, missed GoPro but will be back at Road America. They will be joined by veteran driver Mark Vielgut (NKS / Haase) and Stephen Dial (MilRock) on the weekend. 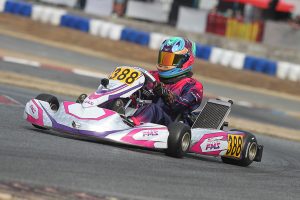 The top of the standings will change in the IAME Junior category with a number of drivers not attending the weekend, using this as a drop weekend. Those attending include Hayden Jones (Nitro Kart), Adam Maxwell (Top Kart) and Nathan Nicholson (Tony Kart). It is the same in the KA100 Junior category, allowing a number of drivers to improve on their position in the standings. Adam Maxwell (Top Kart) and James Overbeck (Nitro / Exprit) are among them, with Bryce Mersberger (Franklin / Merlin), Camrin Cass (Franklin / Merlin), Joshua Carlson (Kosmic) and Zach Collins (Top Kart) making their first starts of 2019. 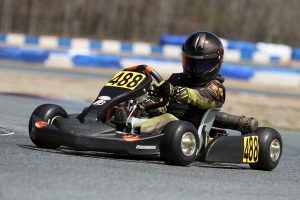 Two wins in four rounds has Spencer Conrad at the top of the Micro Swift standings. Conrad (Nitro Kart) won at Daytona and GoPro, establishing a 185-point advantage going into Road America. The Micro division is the largest class heading into the weekend, including a number of challengers. Ayden Patty (Nitro Kart) is the top of the list, sitting second on two top-five finishes thus far. Hoyt Mohr (Nitro Kart) has one podium finish in the first four rounds, third in the standings. Ayrton Grim (Nitro Kart) and Austin Olds (Top Kart) have victories as well, looking for more in Elkhart Lake. Jacob Shaible (Emmick) is at the top of the Kid Kart championship chase, leading by only 15 points to Holden Harder (Emmick). Each have a victory on the year, splitting the wins in Daytona.