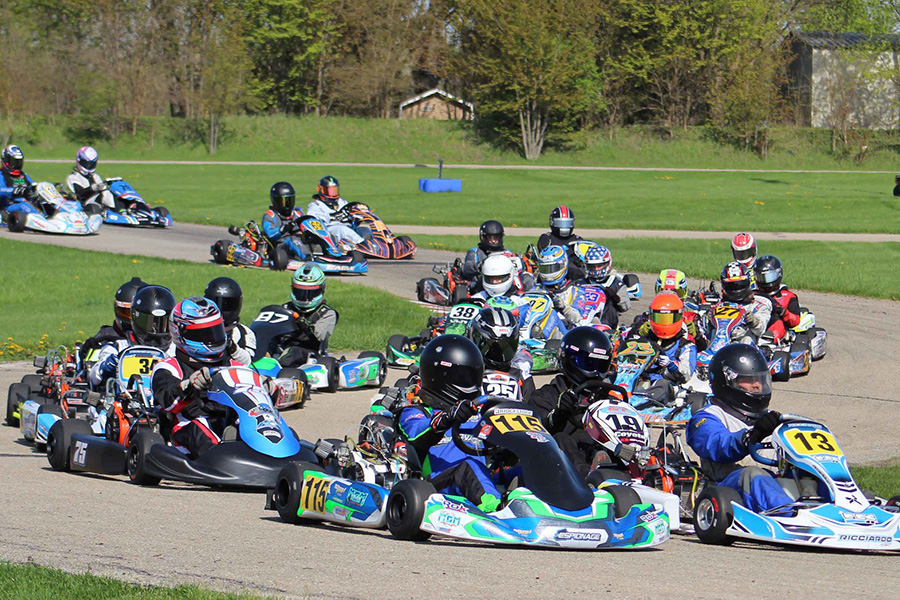 The 2019 season is underway for the Cup Karts North America program, opening up with the Spring Nationals at the Concept Haulers Motor Speedway. The series, now in its sixth year, worked its magic as did the racers, getting everyone on board to commit to the first event with a record-breaking 268 total entries for the two rounds of racing in the seven Briggs & Stratton categories. The weekend featured a number of returning drivers, champions as well as many new competitors to the series. Within those battles for the victories was a great ‘Chassis Showdown’ with six different chassis brands winning out of the possible 14 main events on the weekend. 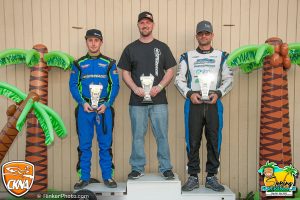 The largest category of the weekend was the Senior CIK division, featuring 36 drivers on Saturday and 37 on Sunday. Qualifying was tight on Saturday, with the top-six separated by just 95 thousandths of a second. Multi-time Rock Island Grand Prix winner Michael Welsh finished sixth in that session, but worked his way to the victory at the end of the day. Welsh and top qualifier Zach Linsell were able to grab the top two spots by the halfway point, driving away to a 1-2 finish. Marc Stehle completed the podium, beating out double heat winner and 2018 Briggs & Stratton Weekly Racing Series #1 Eric Fagan. Josh Stiefel completed the top-five with all finishing within one-second of each other. Fagan was able to come away with victory on Sunday, leading wire-to-wire in the Final. Stehle set fast time in qualifying, edging out Fagan by one thousandths of a second, and won Heat #1 but finished in second for the main event. 2018 CKNA Central champion Steven Kilsdonk set fast time in the Final, completing the podium. Heat #2 winner Josh Stiefel was fourth with Dominic D’Alesio in fifth. 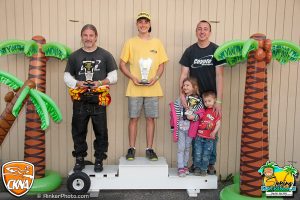 The Senior Medium Open division saw the young guns of 2018 CKNA Central Junior champion Kevin Lanyi and 2018 CKNA North Senior champion Justin Wishard duel it out with veterans Scott Kleman and 2018 CKNA Central Senior champion Ryan Cassity. Lanyi won the battle on Saturday, fending off double heat winner Cassity with top qualifier Kleman alone in third. The tables turned on Sunday with the veterans getting the better of the young guns. Cassity set fast time in qualifying with Lanyi winning both heat races. Lanyi would retire early in the Final with a mechanical issue, allowing Cassity to score the win over Kleman. Wishard joined the battle after missing Saturday due to his high school prom, placing third.

Senior Heavy Open was a two driver battle on Saturday between CKNA Grand Nationals winner Grant Zimmermann and 2018 CKNA Central champion Connor Lund. Zimmermann set fast time in Saturday qualifying before Lund won both heat races. Zimmermann came out on top in the Final, with Lund a close second. Jim Lipari completed the podium in third. Justin Wishard joined the Heavy division on Sunday, sweeping the day and leading wire-to-wire in the Final. Zimmerman kept it close, placing second with Lund rounding out the podium. 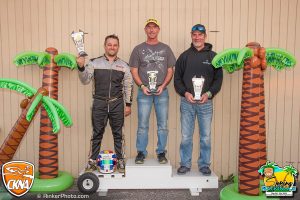 The new CIK Masters class was the second highest in entries on the weekend, with 22 drivers each day. Both days, Jeff Scott came away with the top prize. It was a near sweep on Saturday, with Jason Trennepohl robbing Scott of a perfect score by grabbing fast time in qualifying. Scott led the rest of the day, fighting off Laurentiu Mardan for the victory. Mardan led the majority of the Final and recorded fast lap of the race, only to have Scott pass him on the final circuit. Don Newman joined them on the podium. Scott was at the front of the opening heat race on Sunday when he retired early. That allowed Mardan to grab the win and repeated in the second heat. Scott drove his way up to fifth from the tail of the field in Heat #2, and continued forward in the Final to once again beat out Mardan for the victory. Trennepohl ended the day third.

Will Holtz also came away with two wins on the weekend, doubling up in the Junior class. After Loren Johnson set fast time in qualifying on Saturday, Holtz led all other sessions, capped off by a wire-to-wire victory in the Final ahead of CKNA Grand Nationals winner Alexander Searle with Elijah Skaggs in third. Johnson was fourth, posting fast lap in the main event. Holtz began Sunday on top in qualifying, falling to second in the opening heat race to Cayden Fretwell. Holtz then went green-to-checkered in Heat #2 and the Final to close out the weekend. James Overbeck was second, posting fast lap of the main event, with Searle in third. 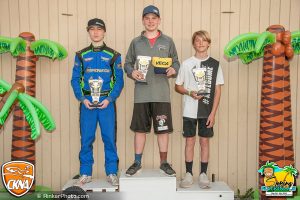 It was near sweep of the weekend for 2018 CKNA Sportsman North champion Cale Zimmerman. Saturday qualifying session was the only blemish on his score for the event, securing all four heat race wins and both main event triumphs. Aryton Grim set fast time in the Saturday qualifying session with Zimmermann back in third, off by 75 thousandths of a second with Blake Boon in the second spot. Zimmermann held off a late charge by Boon to score the victory on Saturday with Grim placing third in the Final. Sunday was Grim’s turn to challenge Zimmermann for the top spot in each session. Zimmermann was able to complete the sweep of Round Two, as Grim settled for second with Cash Wyke placing third.

Audrina Row scored both victories in the Kid Kart division. She won each day over Summit Rossiter with Grayson Walcott placing third on Saturday and Hudson Brown taking that position on Sunday. 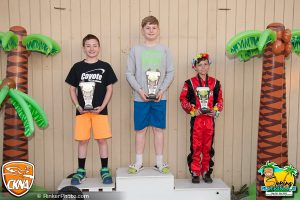 The Cup Karts North America season continues during the May 31-June 2 weekend at the Michiana Raceway Park in New Liberty, Indiana. Head to www.cupkarts.com for more information on the event and the rest of the season, including the CKNA Grand Nationals III in October at the New Castle Motorsports Park.