Talented youngster hopes to compete nationally on a regular basis 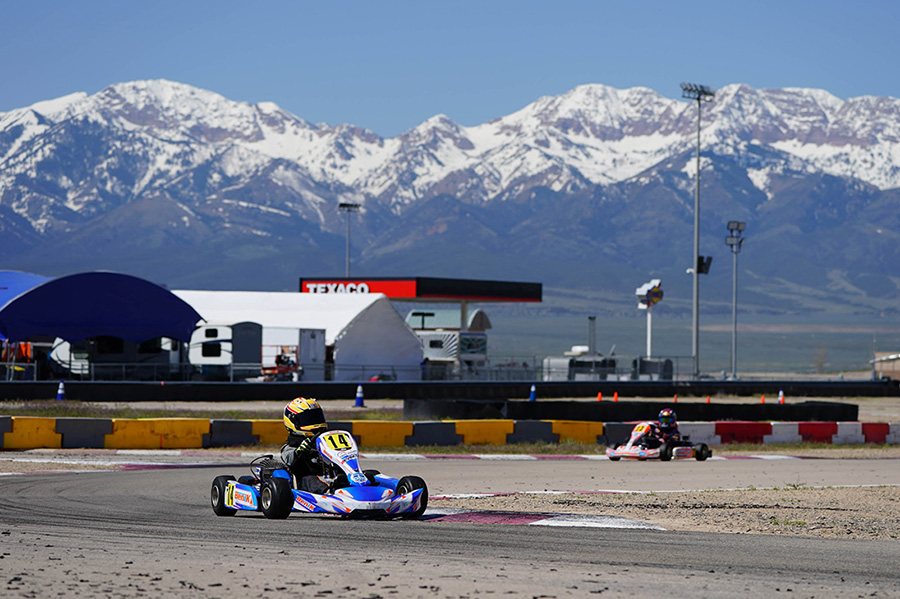 “There were several highs and lows of the weekend but in the end, a podium and a fifth isn’t to bad,” explained Troy Adams, father of the Micro Swift competitor. “As a father/son team, we do not have all the resources of the bigger, multi-driver programs so we were a little behind. Not really knowing the direction we needed to go on setup changes and trying to gather information from an eight-year-old made it tough.”

Progressing through both the unofficial and official practice sessions, Adams struggled for pace but showed great improvement on Saturday when wheel-to-wheel action commenced. After qualifying ninth and finishing seventh in the prefinal, Adams had a spirited drive in the day’s main event as he drove forward to a solid third place result, his first career national podium. Sunday started much the same way as Saturday finished as a third place result in warm-ups turned into a fifth place finish at the end of the day, after qualifying eighth and finishing seventh in the prefinal.

Adams continued, “To go through the struggles and get the reward is what racing is all about. Our goal on the weekend was a pair of top-five results and we achieved that, and added a podium. A huge thank you to Jesus Vasquez and P1 Engines for the help, support, mentoring, cheerleading and psychology throughout the weekend. It is really cool to see both of our boys do so well.”

“I was really impressed with Truly and Troy as they took on the bigger karting programs in a father/son program,” explained Jesus Vasquez from P1 Engines. “To have such poise for a young kid at a national event that size was remarkable and if he keeps at it, I am sure he will have the title of champion next to his name.”

For more information on Truly Adams or information on how to become part of his growing program, please contact Troy Adams via email to troy@troyadamscoaching.com.