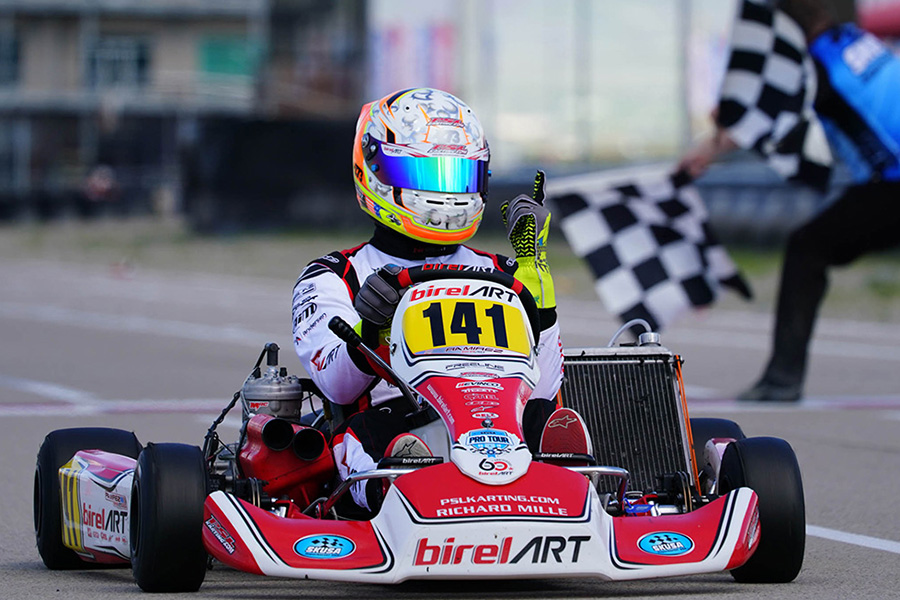 Bringing six dealer race teams together for one big event, the BirelART North America squad secured three main event victories and eight podium results at the second round of the Superkarts! USA (SKUSA) Pro Tour. Taking on the Utah Motorsports Campus for their annual SpringNationals, the twenty driver program once again showcased their products in every class of competition.

In the headline Pro Shifter class, PSL Karting’s Mathias Ramirez added another win to his growing resume taking the top step of the podium on Saturday. Scoring the win, Ramirez did so in fine fashion, destroying the competition to win the day’s main event by nearly a seven-second margin. Jordan Musser, in a similar fashion, claimed both Saturday and Sunday’s main event wins in the Shifter Master category as he looks to close his championship chase at New Castle and be crowned the SKUSA National Champion. Anthony Freese drove to a podium position Sunday in the Pro2 category scoring a third place result after rebounding from a disappointing DNF on Saturday. 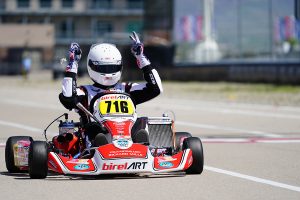 “In the gearbox classes, we performed very well in Utah and our equipment is the best on the grid,” explained Dominic Labrecque. “This was shown by the dominant performance of Jordan Musser throughout the weekend, and by Mathias Ramirez in the Pro Shifter division.”

In the X30 Senior division, class rookie Thomas Nepveu proved his speed early and often as a pair of qualifying efforts both Saturday and Sunday netted him a top-three starting position for each of the day’s prefinals. Leading both the prefinal and main event on Sunday, Nepveu went on to score two top-five results. Arthur Leist had a weekend to forget but showed incredible pace in Sunday’s wheel-to-wheel competition. After being run over in Saturday’s main event and suffering an engine failure in Sunday morning’s qualifying session, Leist was able to drive through the talent-filled X30 Senior field and score a top-ten finish, crossing the line in the seventh position.

Jess Peterson added a BirelART North America podium result in the X30 Masters class with a second place result on Sunday after having to start deep in the field due to a qualifying penalty. Vatche Tatikan also showed great pace and had a very strong weekend for Phil Giebler Racing. 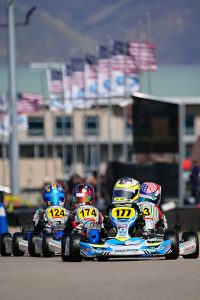 The Mini Swift class would see a handful of BirelART North America drivers run in the top-ten throughout the weekend, with Caleb Gafrarar showing the way. Qualifying in the second position and winning the prefinal, Gafrarar and his Birel chassis had the speed to win on the fast flowing Utah Motorsports Campus.

Labrecque continued, “We would like to once again thank our complete dealer network for an outstanding weekend. Thank you to RPL Racing, Phil Giebler Racing, PKS Kart Supplies, Cambrian Karting, 3G Kart Racing, and PSL Karting as well as their drivers, families, and mechanics for all the hard work and continued support.”