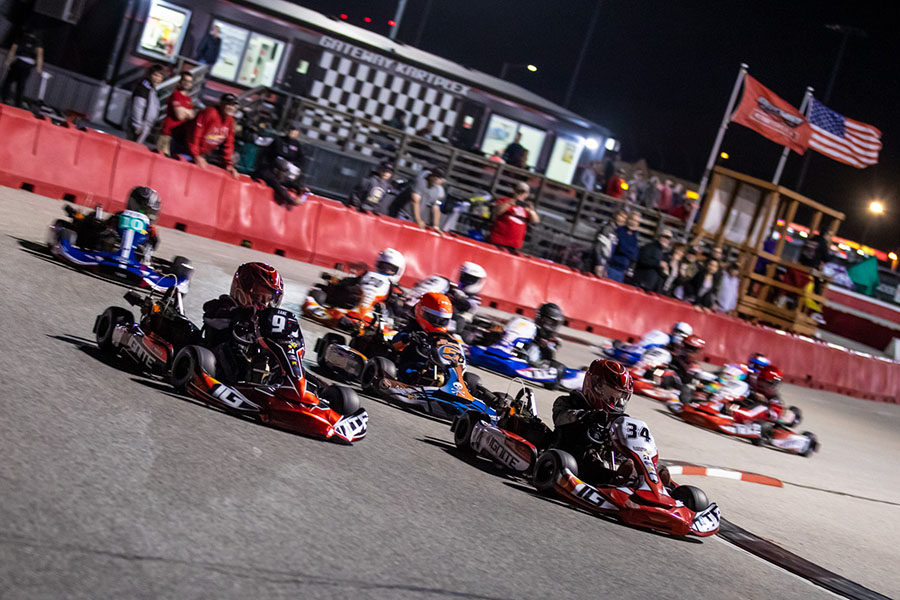 After a wet first half of April, the Ignite Series at Gateway Kartplex was able to send off their first round of the season under the lights last Saturday, April 27. As always, the Gateway Kartplex kicked off the season on the traditional track layout. The event started with beautiful weather under the sun and ended with near gale-force winds which created tricky conditions where the draft was key. 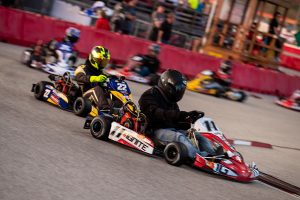 Ignite Senior rookie and Gateway’s iDrive graduate, Scott McClendon Jr. was able to claim the pole with a lap time of 36.259 against the 19 kart field. In the pre-final, Ignite veteran, Eric Loddeke was able to beat McClendon Jr. into turn one, quickly taking the lead. This would leave a four-way battle for the top position between Loddeke, McClendon Jr, Dylan Ellsworth and Brandin Moore. At the end or the pre-final, it was Loddeke taking the win with Ellsworth a tenth behind. In the Feature, fast qualifier Brandin Moore would quickly DNF with a fuel-pick up issue leaving him on the sidelines. Loddeke would obtain a quick lead while the rest of the field battled hard for second position. Bobby Krug, after a disappointing pre-final, would pick his way through the field from 9th position all the way up to a 3rd-place podium result. Dylan Ellsworth, a former Ignite Junior winner, earns a 2nd place in his first ever Senior event. Eric Loddeke, the veteran, would click off smooth laps and take the top spot in the Ignite Senior opener by 1.384 seconds. 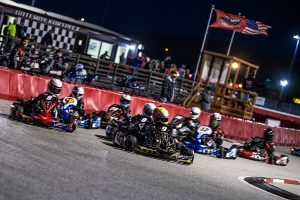 2018 Ignite Junior champion, Reid Sweeney, would take the pole position with a lap of 36.578 seconds in the 11-kart field. Sweeney would go on an take the pre-final victory with Trevor Eggemeyer close behind. Eggemeyer would put the pressure on Sweeney in the final, but at the end of the day it was Reid Sweeney taking the win over Eggemeyer and Carter Pryor by 4.261 seconds.

Round one held a record field size for Ignite Rookie, with 11 entries, proving to be one of the most competitive sportsman/rookie categories in the Midwest. In qualifying, 2018 Ignite Rookie champion, Lane Mayer, would take the top spot with a lap time of 37.946. In the pre-final it was newcomer, Owen Elders who edged Mayer at the finish to take the pre-final victory. In the feature race, Mayer and Race Beckman were able to get around Elders quickly. With three laps to go, Mayer got tangled with a lapped kart which shuffled him back to second place behind Beckman who would take the win by 2.422 seconds.

Gus Mayer would take the Kid Kart victory over Andrew Hrbacek by 51.298 seconds in dominating fashion with Max Pryor rounding off the podium.