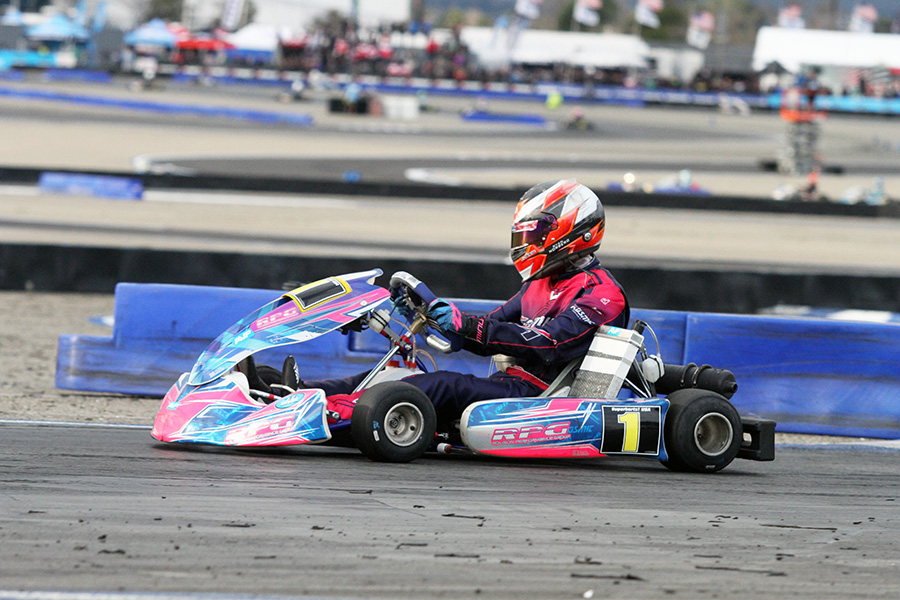 The 2019 eKartingNews.com TaG Driver Rankings Powered by Bell Racing USA remain similar to that of the 2018 program, unlike the change to the updated ‘Shifterkart’ category. The events and series included did expand the schedule from 134 to 150 races that will be counted towards the 2019 program. The busy first four months of the season added 33 drivers to the standings that weren’t there at the end of 2018, and the list now surpasses the 400-driver mark of competitors who have scored points over the course of the last 12 months. Not only did the numbers grow, so did the totals, including that of reigning #1 Ryan Norberg.

Norberg moved over to the Rolison Performance Group / Kosmic ride at the start of 2019 and he has not missed a beat. Norberg’s total improved by 112 points to increase his advantage at the top of the rankings. The growth in his gap over P2 is thanks to the position changing hands, as Dante Yu (CompKart) has jumped up to the second spot. Samuel Lupien (RPG / Kosmic) falls to 13th, having not competing at the WinterNationals in March. Christian Brooks (Nash / FA Kart) jumps up to fill the third spot left void by Yu, thanks to his performance at the WinterNationals at CalSpeed.

Holding ground in the fourth spot is two-time United States Pro Kart Series champion Brandon Jarsocrak (KSNA / Kart Republic). A victory at WKA Daytona KartWeek is the best finish of the 2019 season thus far, improving his score toward the rankings to surpass the 7200-point mark. Still in fifth is Ryan MacDermid (Prime / Birel ART) as the Canadian improved his score by just one point over the course of the last five months.

A driver we could see continue climbing inside the top-10 is Austin Garrison. The 2018 WKA champion moved over from Fullerton to CRG Nordam for the new season, earning his first victory at the recent United States Pro Kart Series event in Ocala. That performance, and the rest of his first four months with the team, have elevated him to sixth. Garrison’s results have dropped Alex Bertagnoli (KSNA / Kart Republic) down to the seventh spot, as he has been unable to show any good results thus far in 2019.

A bigger jump was produced by Brazilian Arthur Leist (PSL / Birel ART). The former SKUSA SuperNats Junior winner was busy during the winter months, gaining results that have moved him up to the eighth spot. This dropped Hannah Greenemeier (RPG / Kosmic) down to the ninth position as she was unable to improve her score over the SKUSA Winter Series and WinterNationals events. Capping off the top-10 is Jake Drew (HRT / Kosmic). Being a two-time winner at Challenge of the Americas and a contender at the SKUSA WinterNats advanced him up to 10th. Also dropping out of the top-10 is Joseph Daniele (RPM / Tony Kart), falling to 16th. 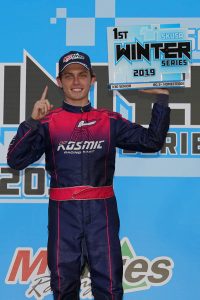 Ryan Norberg continues to add to his CV as we begin the 2019 season. The three-time reigning SKUSA Pro Tour champion began his debut with Rolison Performance Group with three wins at the SKUSA Winter Series to claim the title. He then added two top-10 results at the SKUSA WinterNationals to begin a quest for four straight titles, sitting fifth in the championship standings as we head to Utah for the SpringNationals. Add in a victory in his California ProKart Challenge debut, and Norberg has solidified himself as the top driver currently in North America TaG competition. 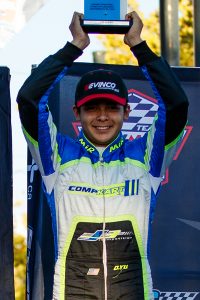 The 2018 season was the best for SoCal driver Dante Yu. The CompKart driver finally grabbed that elusive victory at the SKUSA Pro Tour SpringNationals last year, finishing out the season third in both the championship chase and the EKN Driver Rankings. Yu is still riding on the results of his 2018 season, with only the runner-up finish on Sunday at the WinterNationals helping to increase his score. Yu is now focused on his new ride, racing in the US F4 Championship program, beginning with a best finish of 14th during the first three rounds at Road Atlanta. His select schedule in karting could keep him toward the top, challenging for the #1 spot in the EKN Driver Rankings.

For the first time since moving up to the Senior ranks in 2015, Christian Brooks has hit the top-three in the EKN Driver Rankings. Brooks has been among the top drivers, earning a number of victories and championships in different programs. The past two seasons, his karting schedule was limited due to his Rallycross schedule. Brooks had a busy winter season in karting, racing with Nash Motorsportz at the SKUSA Winter Series and with Orsolon Racing at the Florida Winter Tour champion. Two victories helped the SoCal native to secure the FWT championship in Senior Rok, earning a ticket to the Rok Cup Superfinal in Italy this October. That was followed up by an amazing drive at his home track of CalSpeed to claim a second career SKUSA Pro Tour WinterNationals victory. Now, Brooks sits second in the title chase heading to Utah for the SpringNationals.