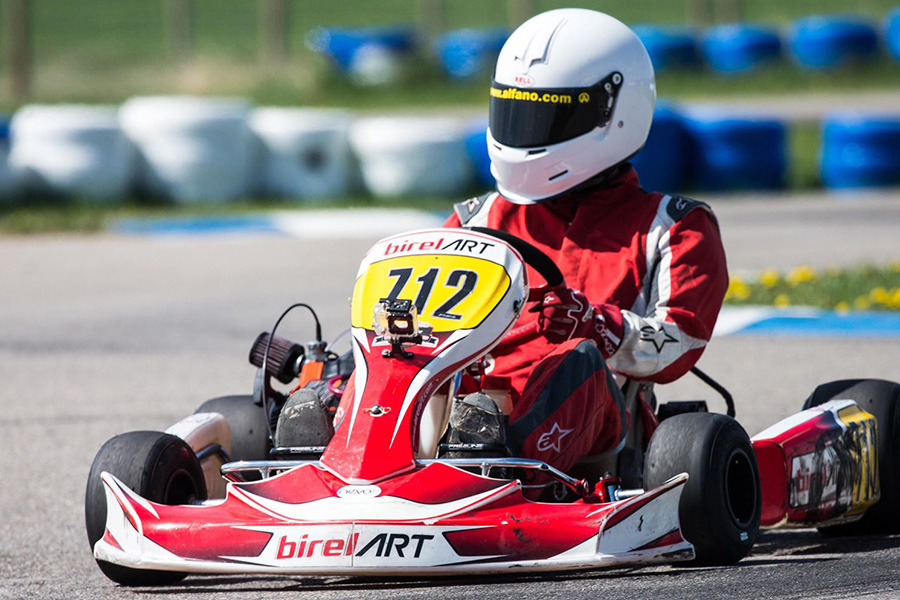 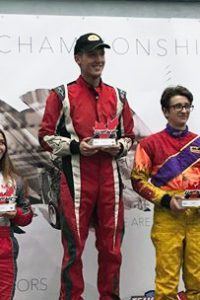 The Manitoba Karting Association took part in the Briggs & Stratton Weekly Racing Series program for the second time in 2018. The support of the many loyal members has translated into success for the top drivers in the Briggs 206 category. MKA drivers locked up the top two spots in the Briggs WRS standings, with club champion John Buzza.

It was another successful season for Buzza, who won 8 of 10 rounds on the Manitoba Karting Association schedule, never placing outside the top two in Prefinal and Final events. Add those to the eight wins in nine rounds from 2017, finishing inside the top-three all season. That season, John finished 33rd overall in the Briggs WRS program, seventh in the Canada standings. Six of the last seven years has seen Buzza end the MKA season on top in the Briggs 206 class. He has roughly 13 MKA titles with a mixture of classes including Briggs 206, Honda (4-Cycle) and Rotax.

Buzza began karting at Gimli, Manitoba circuit when he was 11-years-old after his dad purchased his first kart, a mid-1990’s Birel kart. Racing quickly became his passion, and after his third race, they began traveling out of Manitoba to compete at other clubs and regional programs.

“We were excited when Canada moved away from Honda engines to the Briggs LO206 program in 2011. Briggs and Stratton assured racers that engine parity and low operating costs were their biggest priorities. The Briggs 206 package allows us to be competitive with an out of the box motor, whether that be at a club, regional, or national level. Overall the Briggs 206 package rewards good driving habits and race craft, and usually draws the biggest class numbers at any given event.”

“The Manitoba Karting Association is a great representation of how club level racing should be. On track action is very competitive and racers are pushed to better themselves on a weekly basis. Off track the competitiveness gives way to a family environment that promotes inclusion, friendship, and healthy competition. Karting has provided me with life long friendships, both at home and all across Canada. It has taught me the ability to cope with high stress situations, maintain sportsmanship and respect for my competitors, and has showed me how to make the most of both the highs and lows of racing. Karting has only ever brought my family closer together, and has allowed me to travel the world pursing a sport I love.”

Outside of Manitoba, Buzza was able to secure the championship in the Western Canadian Karting Championship program. Standing on the podium in five of the six rounds, John was crowned champion in the Briggs Light division. Aside from winning the Briggs WRS in Canada, the biggest highlight of 2018 was having the opportunity to compete with the best racers in Western Canada thanks to the reformation of the Western Canadian Karting Championship. Looking at 2019, Buzza is focused on enjoying club racing with the Manitoba Karting Association once again.