Two Big Winners in Angerville: Taponen in Junior and Patterson in OK 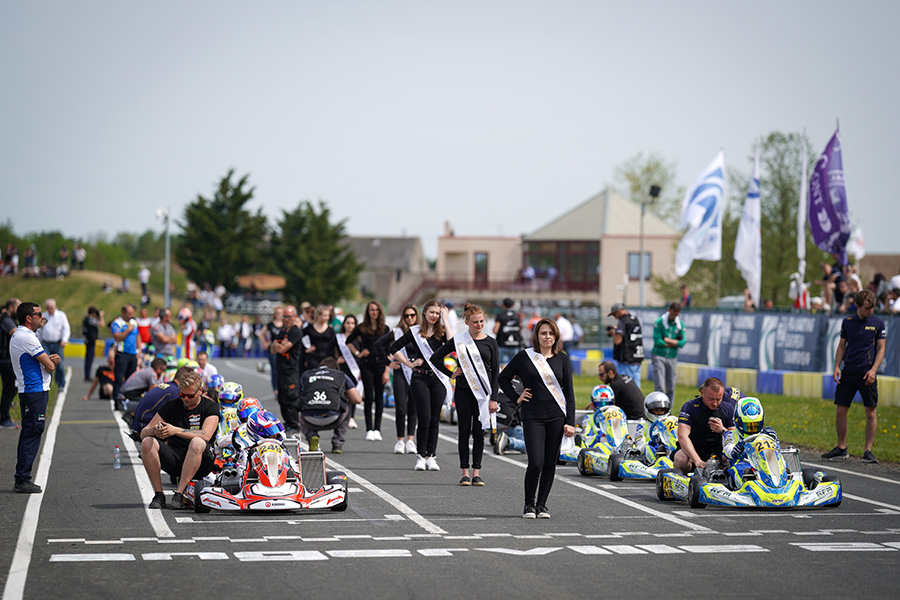 The first Competition of the FIA Karting European Championship – OK & Junior has benefited from dry and hot weather in Angerville. The performances were very close between the contenders and the victory rewarded the most consistent at the front of the Competition. In the end, Tuuka Taponen (FIN) won the Junior Grand Prix and Dexter Patterson (GBR) won an exemplary OK race.

After a day full of adventures on Saturday, the last Qualifying Heats contested on Sunday morning decided the hierarchy and determined the 34 finalists in each category. Several prominent Junior Drivers, however, fell during this last phase, while the late morning was quieter for their elders. 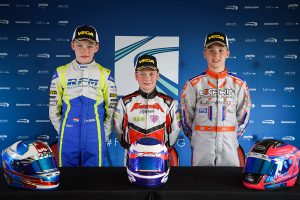 Provisional classification of the FIA Karting European Championship – Junior after the first Competition in Angerville:

Patterson marks his territory in OK 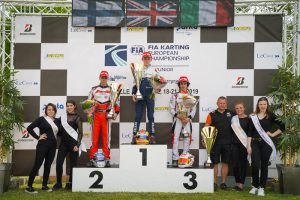 With the 2nd fastest time of Qualifying Practice, the Sauber Karting Team Driver Dexter Patterson (GBR – KR / Iame / LeCont) was then extremely dominant. He did not take any risks by finishing 4th in his last heat, still knowing he was the leader in the OK category. He started the Final in pole position and kept his lead over the 26 laps. Juho Valtanen (FIN – Redspeed / Iame / LeCont) recovered his 2nd position after a more difficult start from the outside line and tried to narrow the gap, but to no avail. He crossed the finish line seven tenths behind Patterson while Gabriele Mini’ (ITA – Parolin / TM Racing / LeCont) set the fastest lap and came within three tenths. The leading trio was the same as in the Heats. Taylor Barnard (GBR – KR / Iame / LeCont) came in 4th against Dilano Van T’Hoff (NLD – Exprit / TM Racing / LeCont). Kas Haverkort (NLD – CRG / TM Racing / LeCont) and Lorenzo Travisanutto (ITA – KR / Iame / LeCont) gained several places, finishing respectively 6th and 7th, which allowed them to stay in contact in the Championship standings.

Provisional classification of the FIA Karting European Championship – OK after the first Competion in Angerville:

The next FIA Karting European Championship Competition – OK & Junior will take place from 17th to 19th May in Belgium at the Genk circuit.