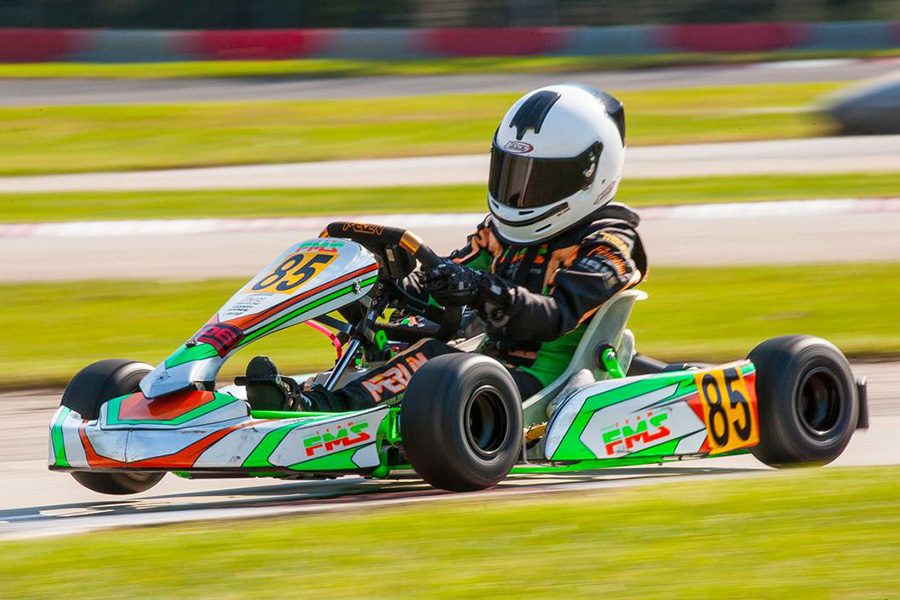 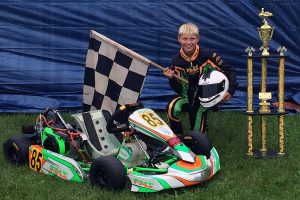 The 2018 Briggs & Stratton Weekly Racing Series Junior North America top driver is Logan Julien. The driver from the famed Oconomowoc, Wisconsin calls the Wolf Paving Raceway – home of the Badger Kart Club just a few miles south in Dousman. The 2018 club championship was a near perfect season, with Julien winning nine of the 11 races he participated in to claim the LO206 Sportsman title. It was his first season in the category, and those results propelled him to the top of the Briggs WRS program.

“Racing has been in the family for generations. Not always the same type, but it has been passed down thru the generations. My Grandpa raced boats, my day has raced cars, boats and karts, and my brother races karts as well. So it was something I grew up in. I was at the racetrack a week after I was born watching my dad race. I started racing at our local track Badger Kart Club. My first kart was a Merlin kid kart. I have been fortunate to race many types of vehicles in my short career. The Briggs and Stratton program really works well for club racing. I raced a Junior Sprint car for the last 3 years with a Briggs motor so it was an easy choice to run the 206 at our local club. The class was the largest at our track so the competition was really what pulled me into the class. I really like the friends I have made at our local track. We all get along on and off the track. I feel like I have made lifelong friends at the racetrack. Badger Kart Club in my home track and it is like my second home. It is great facility with a long and storied history of kart racing averaging over 120 entries every Sunday for 18 weeks a year.  My accomplishments the last two years include two track championships and seven total track records between different classes and track configurations.”

Aside from karting, Julien has competed in a Junior Sprint Car. He has accumulated over 50 heat and feature wins for his career, winning the track championship as well. The 2019 season has Logan racing a few Briggs 206 races with the majority of his karting in the Mini Swift category at Badger Kart Club. His main focus will be moving up to the American Super Cup Series and driving a Super Cup car, contending for Rookie of the Year and the overall championship. Logan’s older brother Dylan is expected to compete at Badger Kart Club as well, powered by Briggs & Stratton 206.