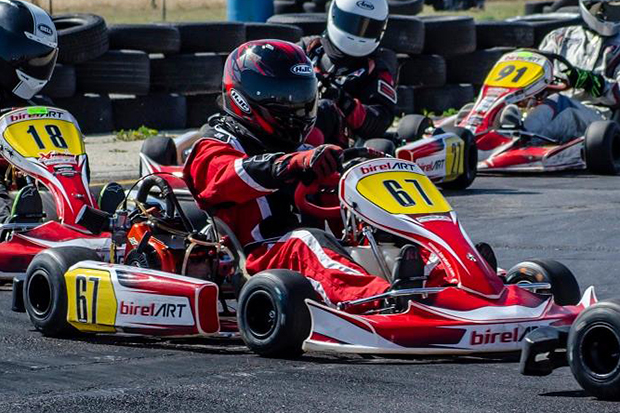 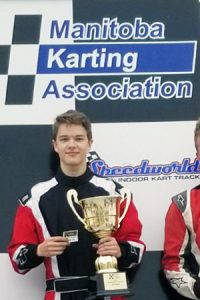 The second-best driver in the Briggs & Stratton Weekly Racing Series Canada Senior/Masters standings is Manitoba Karting Association driver Stephen Bachalo. The driver from Oak Bluff, MB finished the season second in the MKA standings for the Briggs Senior category. Racing nine times in the 10-round program, Bachalo won the opening two rounds and followed it up with six more podium finishes. It was an improvement from the 2017 season, where Stephen placed third in the standings with one victory. That season, Bachalo finished 78th overall, 20th in Canada for the Briggs WRS program with MKA joining for the first time.

Bachalo got his start in karting with MKA in May 2008, utilizing a full-size Arrow kart in the Junior 1 division. During his tenure at MKA, Stephen has won a championship in Junior 1, Mini Max and Junior Rotax. “I started racing the Briggs 206 class because of the competition and size of the class. Another reason I race that class is because very little can be done to the engine and speed comes down to chassis tuning and driver. My favourite aspect of the MKA is the friendly atmosphere, everyone knows each other. What I have always enjoyed about karting is the competition no matter where I go, I always end up in a tight battle between a few racers.”

The Manitoba Karting Association facility is located at in Gimli, Manitoba, located north off Winnipeg on the west banks of Lake Winnipeg. The track is at the southern point of an old runway located on the Gimli Industrial Park Airport. Bachalo is committed to the MKA organization, ready to start his 12th season in 2019.