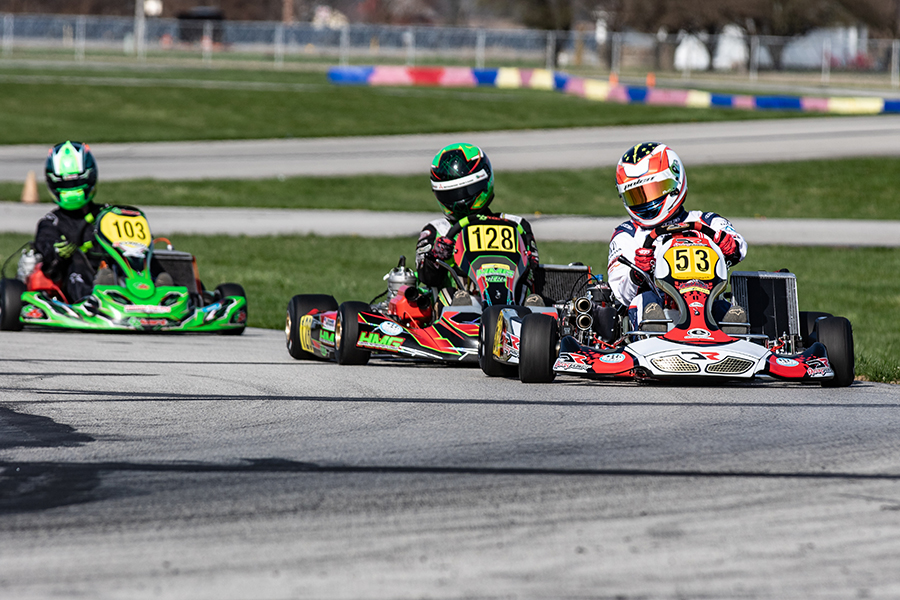 Superkarts! USA competition returned to its roots with the re-launch of the Great Lakes ProKart Challenge regional program, hosting Rounds One and Two at the New Castle Motorsports Park this past weekend. The four-race series will travel to three tracks this season, including the Concept Haulers Motor Speedway, CTECH Manufacturing Motorplex at Road America and closing out the year with a return to the New Castle Motorsports Park in early August.

Carrying the professional image and execution the SKUSA programs have become known for, the Great Lakes PKC series presented by HMG – TB Kart Indy will offer drivers of all experience and skill level a place to experience the next step of competition in an inclusive, fun environment. The new program, led by Joe Janowski, will be home to some of the best shifter and TaG racing the Midwest has to offer, and has already made its mark following the first event of the season.

The marquee platforms including KZ, Pro Shifter, and the X30 categories saw fantastic racing on the Ironman circuit at NCMP, with multiple classes being decided by just hundredths of seconds at the finish line. The series made the decision to go to a two-day format for the opening event following the poor weather forecast for Sunday, and the response to the format was so positive that officials are strongly considering adopting a similar format for future races in the championship.

“We want to provide teams and drivers with a program that gets them excited about karting again, and after the feedback we received from the event, I think we have done just that,” said series owner Joe Janowski. “Being a lifelong racer myself, I wanted this to be somewhere I’d want to compete, and the competition and atmosphere of the event was exactly what we were hoping for.”

Being a new program, a lot of racers look to the numbers to get a better picture of what they can expect from the series. Here are some statistics from the opening weekend of the Great Lakes ProKart Challenge:

The next installment of the series will take place at Concept Haulers Motor Speedway in Norway, Illinois on June 1-2. For more information and content from the SKUSA Great Lakes ProKart Challenge, follow along on Facebook and Instagram at @skusagreatlakes.