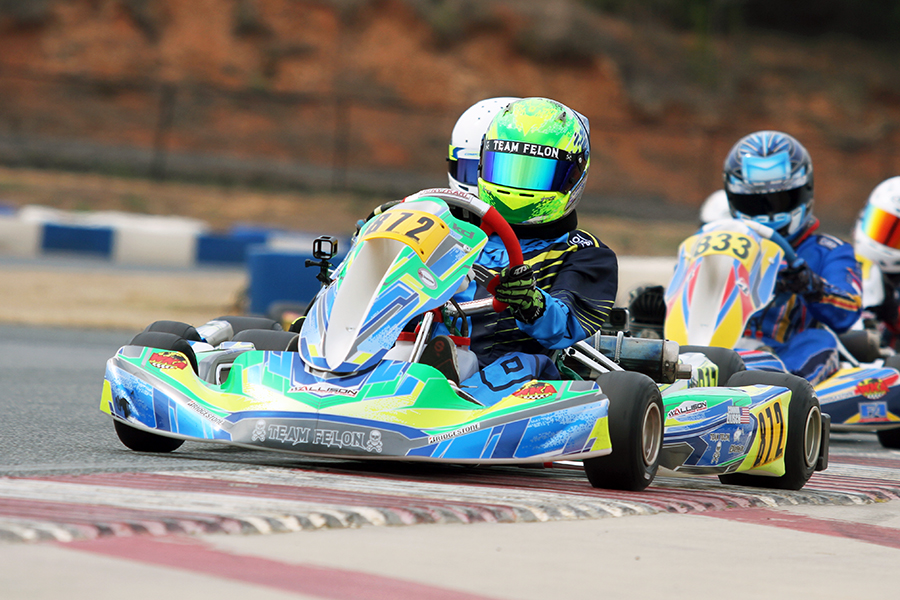 ‘March Madness’ can sum up the action throughout the 31 days of the third month for 2019 regarding North America karting. EKN Trackside Live Tour alone was at four events in three weekends, not including all of the club and regional action that took part in the five different weekends of March. The list of Honorable Mention drivers shows that, as narrowing down the success of those down to just one to highlight was a difficult task. Racing in three of the five weekends on the month was Connor Zilisch. 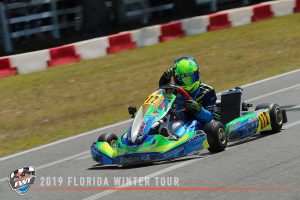 The North Carolina driver began the long month of racing traveling coast-to-coast to take part in the Superkarts! USA Pro Tour WinterNationals, at the CalSpeed Karting facility in Fontana, California. Zilisch ran double duty, competing in X30 Junior and the KA100 Junior categories. Connor was among the top drivers in both divisions, coming away with fast time in qualifying and Prefinal win on Saturday in X30. He came up just short in the Final to place runner-up. Sunday started strong, placing third in the Prefinal before getting spun around in the Final, ending up 20th. It was similar results in KA100, minus a spin. Zilisch won the Prefinal on Saturday, ending up second in the Final. He finished third on Sunday, only to have a pushback bumper penalty drop him to fifth in the final results. Connor left California third in the X30 Junior standings and second in the KA100 Junior title chase.

Thanks to the long month, Zilisch actually had two weekends off of racing to prepare for the Rok Cup USA Florida Winter Tour finale, held at the Ocala Gran Prix facility on March 21-24. In his series debut, once again Zilisch was doing double duty on the weekend, racing in Junior Rok and 100cc Junior. The event in Junior Rok began with Zilisch placing eighth in qualifying, maintaining a similar position through the three heat races to secure the fifth spot in the Prefinal. He advanced up to third in that session, trailing the top-two drivers after the 18-lap race. The top-three drivers, including Connor, battled throughout the 26-lap Final. Zilisch was able to secure the top spot, and score the victory by three tenths of a second. Connor was in the hunt in the 100cc Junior class as well, winning the Prefinal to start P1 in the Final. He came up short, slipping to third in the Final. 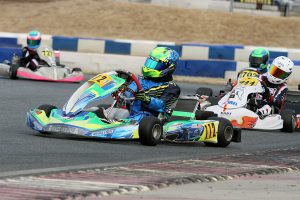 The following week closed out the month of March with an event at his home track of GoPro Motorplex, with the WKA Manufacturers Cup Series hosting the BBS Nationals at the Mooresville, North Carolina facility. The double duty effort continued for Zilisch for a third straight event, racing IAME Junior and KA100 Junior over the weekend. The opening day of action saw Connor double up in the win column by scoring the main event victory in both classes. After missing out on fast time in qualifying for IAME Junior, Zilisch won both heat races and went wire-to-wire in the main event for his third straight victory in the category with the series. He then finished inside the top-two spots in KA100 Junior, winning the second heat race, and leading all 16 laps of the Final for his second win in the category on the year. Sunday did not produce any wins for Zilisch, with contact in IAME Junior taking him out of the Final early after challenging at the front. In KA100 Junior, Zilisch led throughout the day, losing the lead at the white flag of the Final, slipping back to third in frantic last lap battle.

The schedule has not stop moving into April with Zilisch, going for five straight weekends of racing over this current span. Zilisch was double duty at the United States Pro Kart Series Southern Grand Prix event in Ocala, Florida. The weekend produced two podiums in the four Finals, including victory in X30 Junior on Saturday and runner-up in KA100 Junior the same day. The following weekend, Connor traveled to the Lone Star State to compete in the RTX Karting’s All Star Finals event at the Speedsportz Racing Park in New Caney, Texas. Zilisch contested the Junior MAX division, scoring the main event victory to earn his first ticket to the Rotax Max Challenge Grand Finals, set for Sarno, Italy on October 19-26 this year.

This weekend, Zilisch is taking part in his first FIA Karting European Championship event in Angerville, France, contesting the OK Junior division alongside three other USA drivers (Enzo Scionti, Santiago Trisini, and Ugo Ugochukwu). Click HERE to follow the progress of Connor and the rest of the USA and North American drivers competing at the international event. 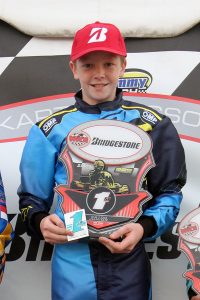 Chassis: Tony Kart
Engine/Engine Builder: Allison Racing Engines
Sponsors: Late Apex Kartworks, Allison Racing Engines, Minus 273
Series You Compete In: SKUSA, WKA, ROK, WSK, FIA
Years Karting: 8.5
How did you get started in karting? My dad went to the track every weekend and my mom got left with the three kids so he sold his race car and bought us all go-karts so mom didn’t get left with the kids
What has been the high point in your racing career? Winning ROK Cup International Final and SuperNationals 20 in the same year
What are your goals in racing? Become an IMSA driver
In a few words, how would you describe your driving style? Aggressive and fast
Funniest moment at the race track? Flipping in back to back sessions in Ocala where I got my nickname