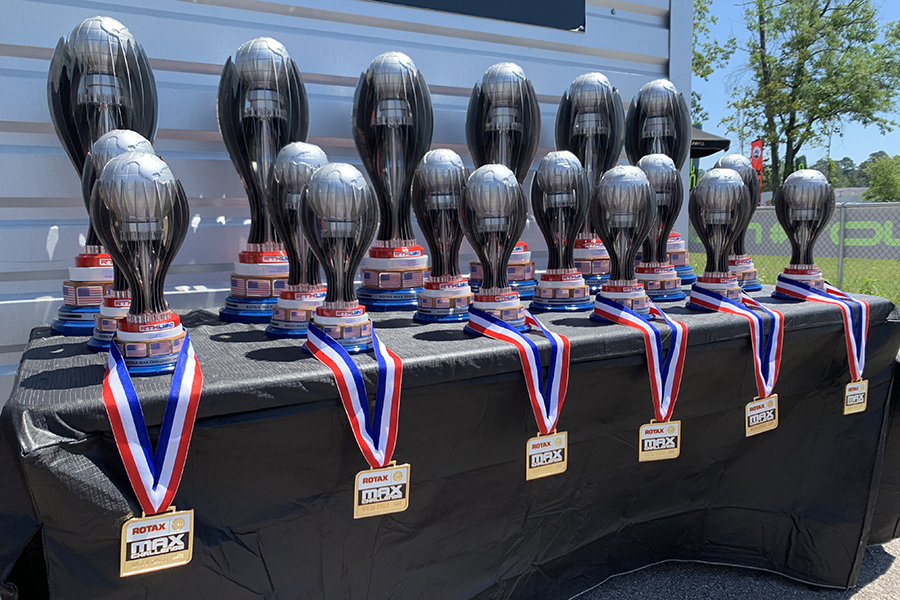 The first tickets to be awarded in North America for the 2019 Rotax Max Challenge Grand Finals were handed out on Sunday afternoon following the action at the inaugural RTX Karting All Star Finals in Texas. The April 12-14 event was held at the Speedsportz Racing Park in New Caney, just north of Houston, and offered six Rotax categories drawing drivers who represented five different countries.

Competitors were able to enjoy the Rotax Max Raffle Engine program, similar to that of the Rotax Grand Final, while enjoying maximum track time around the challenging 8/10-mile circuit designed by multi-time Team USA member Alan Rudolph. Event promoter RTX Karting helped reduce the expenses for competitors by making it only a three-day event, limiting the dry MOJO tires to one set for practice and another for all of the racing. Feedback from the drivers regarding the tires was extremely positive, including the wet MOJO compound, as qualifying and all three heat races on Saturday were contested on a wet track. Clear weather provided for a dry day on Sunday for the Prefinal and Final sessions that decided the first-ever All Star Finals winners. 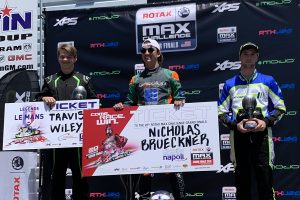 On the line during the weekend were a number of major prizes to compete at the world and international level. A total of five tickets to the 2019 Rotax Max Challenge Grand Finals, set for October 19-26 in Sarno, Italy, were up for grabs. A number of former Team USA members will be returning to the prestigious event following their wins at the All Star Finals. A total of six tickets to the Rotax Max Challenge International Trophy, scheduled for August 21-24 at the famed Le Mans Karting International circuit were also available. Six entries to the Stars & Stripes program, in addition to thousands of dollars in Rotax vouchers, were also handed out over the weekend. Those winning entries to the Stars & Stripes program can use that award for either the Stars & Stripes Trophy in Utah on May 17-19 or the Stars & Stripes Open in Pennsylvania on August 2-4. 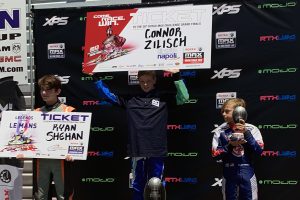 Nicholas Brueckner was a Team USA member back in 2016, competing in the Junior category. The Texan is set to return for his first run in the Senior ranks after winning on Sunday in Senior MAX. Brueckner set fast time in qualifying (54.832) to clear the field by over three tenths of a second. Travis Wiley picked up the pace in the opening heat race, slipping past Brueckner on the final circuit to win the race by 37 thousandths. A wet track in Heat #2 shuffled up things again with Brueckner dropping down to fourth early as Noel Leon drove to the race win. Brueckner fought back in Heat #3, driving away to a six-second win. Leon led the opening laps of the Prefinal before Brueckner took control and the win. Brueckner led all 23 laps in the Final to secure the Rotax Grand Finals ticket, winning over Wiley, with Lane Vacala joining them on the podium. 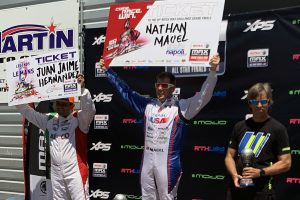 Connor Zilisch will make his first start at the Rotax Grand Finals after winning the Junior MAX category. Zilisch, one of the top Junior drivers in North America, had to come from fourth on the grid to secure the victory and RMCGF ticket. It was Ryan Shehan who set the pace to begin the event, posting the fast lap (55.742) in qualifying, to edge out Noah Baker by 0.074 seconds. Zilisch was third in the session, but jumped to the lead in the opening lap of Heat #1. He went wire-to-wire for the win, and repeated in the other two heat races. Zilisch was shuffled back in the Prefinal, down to fourth, as Baker came away with the win over Shehan and Aden Rudolph. After just one lap into the main, Zilisch was into the lead and drove away to a five-second victory. Shehan and Baker joined him on the podium. 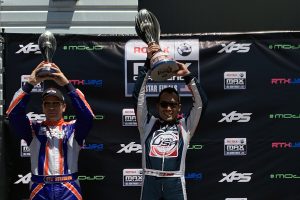 The action in the Rotax DD2 category was a two-driver fight. Canadian Davide Greco came out of qualifying with the fast lap of the session (52.783). Texan Max Hewitt scored the opening heat race win, but fell toward the back of the field in the second heat, allowing Greco to score the win. Greco ran away with the win in Heat #3 as Hewitt advanced up to second. After leading the first two laps of the Prefinal, Greco relinquished the lead to Hewitt, who went on to win. Greco jumped out to the lead to begin the Final, only to have Hewitt retake the position. Hewitt was able to stretch out to a two-second advantage for the victory and ticket to the RMCGF. Greco settled for second with Patrick Loyer from Peru in third. 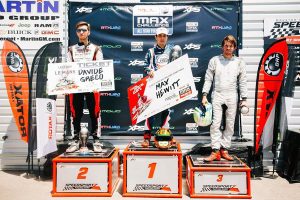 Nathan Mauel is a long-time Rotax competitor and member of Team USA, and will make a return to the Rotax Grand Finals for the first time since 2017. Mauel was able to clinch the victory in Rotax DD2 Masters category to earn his ninth ticket to the RMCGF. Juan Jaime Hernandez Macal placed second with Mundy Loyer completing the podium in third.

Derek Wang is an eight-time Team USA member, adding a ninth trip to the Rotax Grand Finals with victory in the Masters MAX division. Wang will make his seventh straight start in the DD2 Masters category at the RMCGF after sweeping Miguel Mier on the weekend. 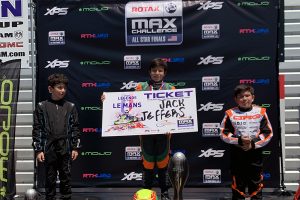 Sweeping the weekend, leading wire-to-wire in all on-track sessions in the Mini MAX division, was Jack Jeffers. From qualifying to the final lap in the Final, Jeffers led the way to secure the victory, earning a ticket to the RMC International Trophy. It was an all Lone Star State podium with Cooper Shipman in second and Miles Hewitt placing third.

The next Rotax event on USA soil is scheduled for May 17-19 at the Utah Motorsports Campus in Erda, Utah. That will be site of the first Stars & Stripes Trophy event, with more Rotax Grand Finals tickets and Rotax International Trophy entries on the line.