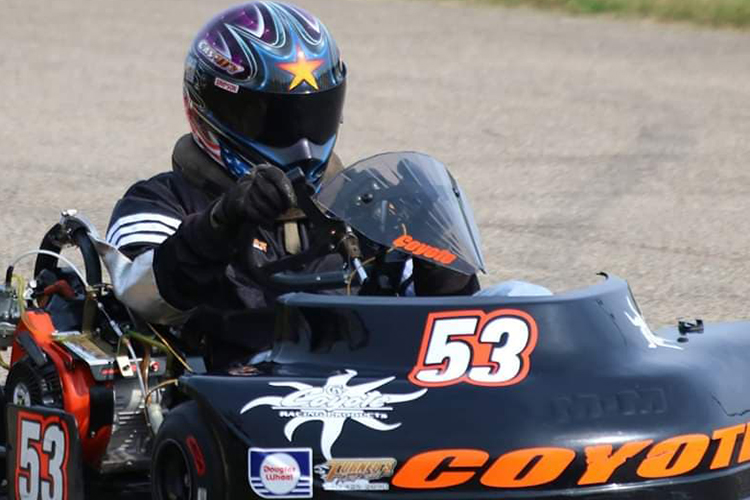 The sport of karting is full of ‘lifers’. Racers who enjoy the sport and spend multiple years competing, or serving as a member of the industry. In the Midwest, one of those lifers is Ryan Cassity. The driver from Illinois’ time in the sport is reaching four decades, and remains one of the top drivers in the region today. In fact, Cassity has gone undefeated at the Mid-State Kart Club Briggs 206 Senior category over the last five seasons.

For the last five years, Cassity has won every main event he started at the Springfield, Illinois facility for club racing. In 2018, Ryan went seven for seven in the races he contested to earn a fifth straight club championship in the class. That adds to the many others he has gained throughout the years at Mid-State Kart Club. In 1983, Cassity got his start in karting at the Mid-State Kart Club aboard a 1966 Dart Kart and remained part of the organization that continues to promote the sport on the backs of many volunteers.

This second place in the Briggs Weekly Racing Series USA Senior/Masters standings puts him into the top-15 for each of the last four years. Cassity was P1 in the Midwest standings for the inaugural season of the Briggs WRS in 2015. He finished 5th overall in 2016 and 14th in 2017.

“Competition, coupled with the fact Briggs 206 was the only 4 cycle package offered by the local club,” stated Cassity when asked what brought him to racing the Briggs 206 engine package. “I really enjoy how family centric karting is and that it brings together people of all ages.”