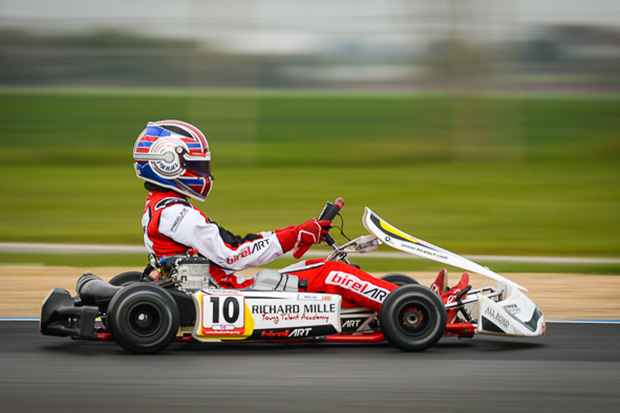 Birel ART decided to seize the opportunity to prepare for the first round of the FIA Karting European Championships – OK and OK-Junior by participating in the French OK Championship and the French Cup for OK-Junior held two weeks before at the Angerville circuit (FRA).

“It was an opportunity not to be missed!” said Luca Filini, team manager of Birel ART Racing. “The FFSA now applies the FIA regulations, which allowed us to run in European configuration at Angerville. It was important training for our drivers who did not know this French circuit, very different from the Italian tracks where they are used to racing. The use of LeCont tyres in OK, a first this year, was a realistic test for us. The team was also able to gather some interesting data for the European Championship. I am particularly pleased with the good result for Maya Weug who finished 7th in OK. Although our Junior drivers were less successful, the level of performance of our OK-Juniors was very encouraging for Cristian Bertuca and Eliott Vayron.”

Qualifying 26th, Maya Weug, one of the two drivers selected by the Richard Mille Young Talent Academy, proved effective in the rain of the Prefinal before showing her speed in the Final. At the moment showing performance not far from the best, Maya completed a good rise of 11 places to 7th position of the French OK Championship.

Cristian Bertuca was delayed by various issues before winning two convincing heats. Too far back to hope to qualify, he made up for it by winning the League Cup, a kind of B Final. Elliott Vayron was also very fast. After an unsuccessful Qualifying and a retirement in the first heat, he showed great potential in his second heat, achieving the fastest lap in the race and regaining 19 places. The experience was useful for other young drivers like Julia Ayoub and Andrea Frassinetti who will arrive better armed for the opening of the European Championship in less than two weeks.