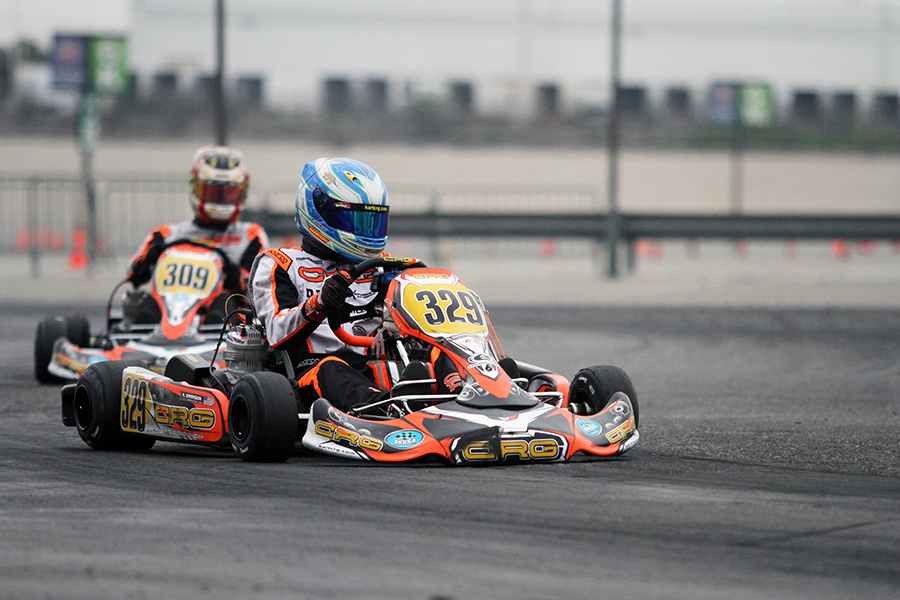 The 2019 racing season has already been a busy one for CRG Nordam, the American arm of the iconic brand that is based in Conroe, Texas. The factory-supported distributor and North American race team has traveled to each coast, beginning with the Superkarts! USA Winter Series in Florida in January and February, while also hitting west coast events with the Challenge of the Americas and, of course, the SKUSA Pro Tour WinterNationals at CalSpeed in California. Coming off a ‘home’ event in Dallas with the Texas ProKart Challenge, CRG Nordam is excited to be adding the United States Pro Kart Series to their program for the 2019 season. The operation heads back to the Sunshine State this weekend to contest the opening rounds of the championship at the Ocala Gran Prix in Ocala, Florida on April 5-7.

“We are really impressed with the atmosphere, the facilities and schedules that the United States Pro Kart Series offers to our racers and our race team,” stated CRG Nordam Team Manager. “As a race team, our goal is to win at any event we attend. And, as a distributor, our purpose is to display our products to further expand our reach and dealer network. The USPKS events hit three major markets for the sport here in the United States, and our racers are ready to battle for victories and podium finishes.”

Leading the charge on the weekend in Ocala will be Brenden Baker and Austin Garrison in the IAME X30 Pro class. The two are not only the lead drivers, but also a vital part to the driver coaching side of the CRG Nordam race team for the younger drivers underneath the tent. Matthew Christensen and new CRG driver William Cox will be doing double duty on the weekend, competing in IAME X30 Junior and IAME KA100 Junior classes. Joining them in the X30 division is Joey Atanasio, another new driver to the CRG brand. All of the drivers will be utilizing the CRG Heron chassis, which has won in single-speed competition around the world, including the SKUSA Pro Tour WinterNationals last season. Piloting the new CRG Hero chassis in the Mini Swift category are Miles Hewitt and Elliott Cox. Hewitt continues to make strides, coming off a strong winter season, while Cox – a former SKUSA Pro Tour Micro Swift champion – makes his debut with CRG this weekend.

“Baker and Garrison are dual threats for us,” added Tesoro. “Their CVs speak for themselves on the track, but the work they do off the track with our younger drivers is what helps take CRG Nordam to the next level. I’m excited to see what our Junior drivers will do in both categories and the Cadet duo are going to be fighting for podium positions against a really competitive field in Ocala.”

CRG Nordam continues to cement its position within the North American karting community as its develops the CRG dealer network. Currently, 15 different states in the USA, along with British Columbia in Canada, are represented in the CRG dealer network with strong customer support being the focus for each operation carrying the CRG brand. The distribution warehouse and factory team shop in Conroe, Texas is fully stocked to deliver chassis and parts at any time.

To learn more about the CRG Heron and the full product line by the world-champion manufacturer, or to learn how to be part of this factory-based race tam, contact CRG Nordam via email tony@kartcrg-nordam.com or call Tony Tesoro at 813.720.5678.