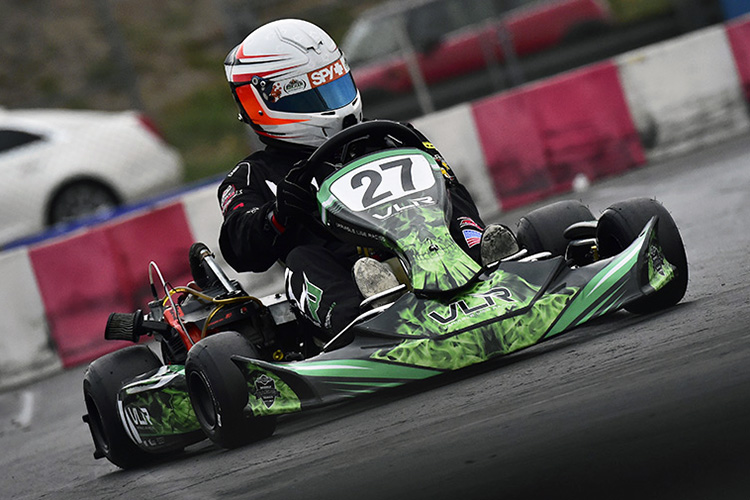 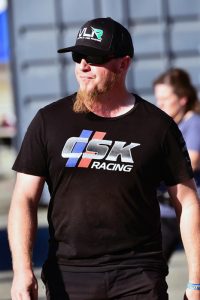 Anytime you head over to the CalSpeed Karting facility, you will see Mike Smith. The General Manager of the karting circuit outside the Auto Club Speedway in Fontana, California is the hub of kart racing in southern California. A number of organizations call the ‘temp’ course home throughout the season and visit the multi-configuration facility throughout the year. When not focused on his facility, Smith is an avid karter himself. The 2018 season provided the opportunity to compete at the Tri-C Karters program at CalSpeed.

Mike hails from the Pacific Northwest, getting his start at the famed Pat’s Acres Racing Complex in 1994 racing with the Portland Karting Association. Racing Junior 1 lasted one year before he walked away from the sport until 2003 when he started working at an indoor karting facility. That triggered the spark to compete again, racing throughout the northwest from 2006-2009. In June 2011, Smith took on the role as General Manager at the CalSpeed Karting facility, putting his time in the seat to the back to focus all his efforts on his work.

“Honestly, even though I manage CalSpeed, I didn’t started racing again until 2017 when we started the CSK Racing team; I raced to help promote the VLR/206 package, and show our arrive and drive racers at CalSpeed the next step in the karting ladder. When I turned 35 that same year, I became eligible for the Masters category, and RLV asked if I wanted to drive for them in the VLR kart for the 2017 KPX Super Regional. That turned into running the entire KPX schedule after that. We won the Super Regional, and then followed it up with the KPX 206 Masters championship that year as well. At Tri-C, I won the 206 Senior title in 2017, and in 2018 was fortunate enough to have a near-flawless year, winning the 206 Masters category at Tri-C.”

“At CalSpeed Karting we are pretty fortunate to not only have a pair of great karting clubs in Tri-C Karters and LAKC, but we also host arguably some of the most successful arrive and drive championships anywhere. Because we host everything from grassroots racing to the biggest National Events in karting, we not only are able to get new people into the sport, but also help them move up the ranks as far as they want to take it. As someone that loves the sport of karting for its accessibility and sheer purity of racing -and also makes a living in the industry- I couldn’t be happier to help people from all walks of life come and enjoy getting behind the wheel.”

Aside from the success Smith had at the Tri-C program, the highlight of the year was running in his first IKF Sprint Grand Nationals, where he picked up a Screaming Eagle trophy for the pole position in Briggs 206 Master. He would go on to score podium finishes in both Master and Briggs 206 Senior Heavy.

All Tri-C Karters can take a breath, as Smith will not be competing with the club in 2019. Instead, Mike will be concentrating on running the CSK Racing Team and supporting the stable of VLR customers.

“After two years of running two classes AND running the team, I am excited to be on the other side of the fence only, help our drivers improve, and hopefully continue the success we have had over the past couple of seasons at Tri-C. As a driver however, I am am involved in developing the VLR for 2-cycle racing, and am currently running the KA Motor on the standard VLR chassis at LAKC, where it has shown great potential.”