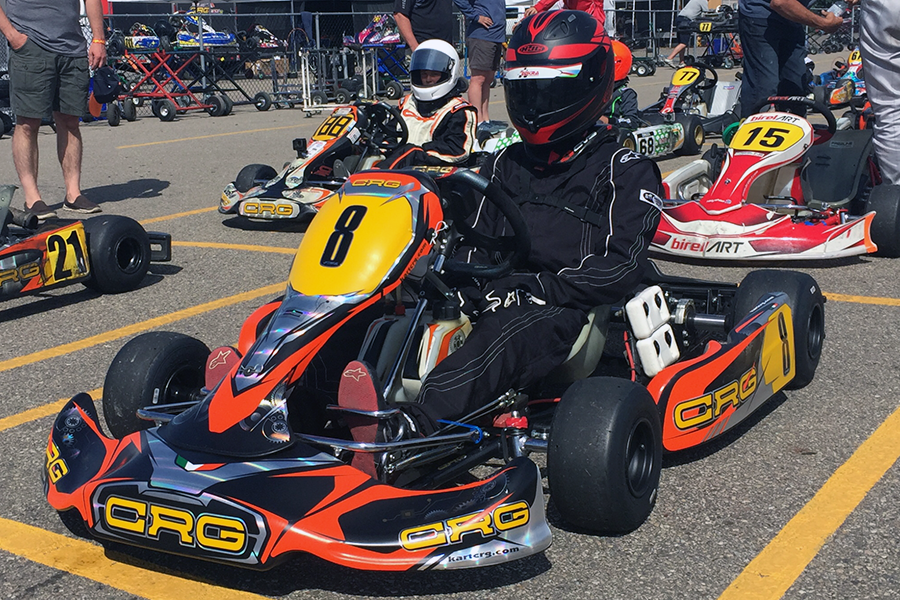 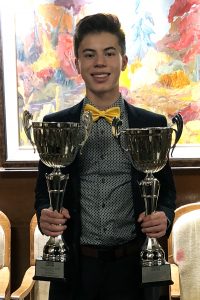 The top Canadian driver in the Briggs & Stratton Weekly Racing Series Junior standings is James Altamirano. The 2018 season marked the second Calgary Kart Racing Club championship for Altamirano, placing top-two in the last three years of the Briggs & Stratton Junior category. Last year he was second in the CKRC standings with five wins after earning championship in the 2016 season. The 2018 season was highlighted by six victories, including 11 podium results in the 13 rounds of racing. James has placed inside the top-25 for the last three years in the Briggs WRS program, placing 21st last year to be the seventh ranked Canadian, and 5th overall in 2016 as the third highest ranked driver from Canada.

James began karting at the age of six when his dad took him to the Western Canadian Championships at Calgary Kart Racing Club. That visit peaked his interest into the sport. His first kart was a CRG ‘Big Al’ chassis and they have raced with CKRC since 2012.

“The affordability and even playing field is what brought us to racing the Briggs 206. It really teaches a person race craft, good driving habits, and appreciation for competitiveness of the class. CKRC is a very tight knit club, we are very competitive on the track, but great friends off the track. The family atmosphere and desire to help each other makes CKRC an inclusive and friendly club for new people to join.  We have fantastic drivers at CKRC which ensures that each race day is challenging and brings out the competitiveness within me.   Karting has created life long friendships and has taught me the ability to cope with adversity; as it can be a sport of highs and lows.  Personally, karting has molded our family into a cohesive unit.  Once I started karting, my older sister Jill got into the sport and together as a family we have travelled and spent many hours together which has created a very close bond.  As I am getting older it is a privilege to give back to the sport by helping and teaching younger drivers and working on my kart more so I can give my parents more opportunity to volunteer at the track.

James was also the Rotax Junior champion at the Calgary Kart Racing Club in 2018. James’ plan is once again to race in Junior Briggs and Junior Rotax in 2019, trying to defend his two championships from 2018. Altamirano gives back to the club by being a driving instructor in both the ‘Try a Kart Program’ and ‘Junior Development Drivers’ kids camp held at the track.  He also hopes to coach new and younger racers and become a mentor for them.