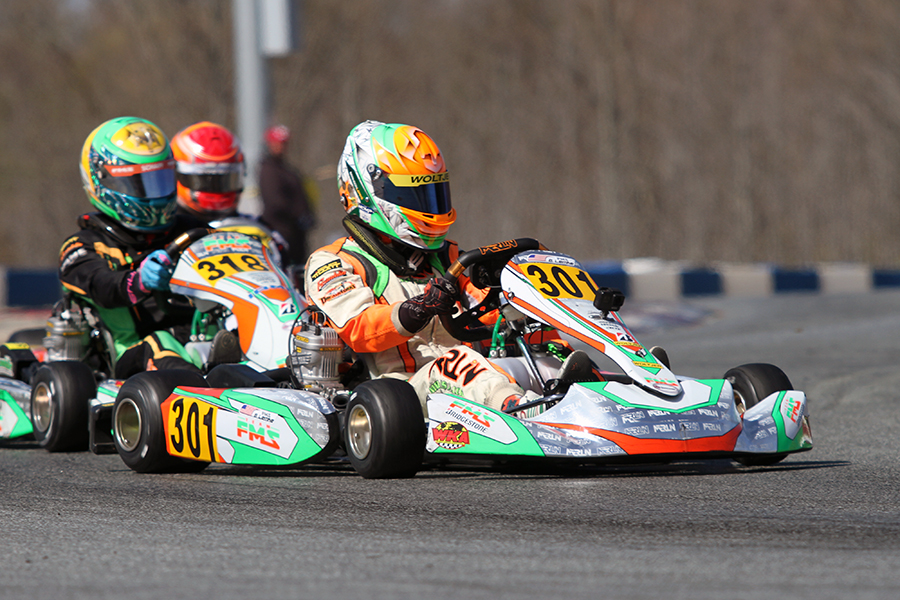 Brandon Lemke doubled up on the weekend in IAME Senior (Photo: EKN)

The final day of action for the World Karting Association Manufacturers Cup Series BBS Race Engine Development Nationals completed at the GoPro Motorplex on Sunday. The Mooresville, North Carolina facility was dampened with rain in the early hours, and lasted until qualifying for Round Four was completed. By the time main events began, the sun broke through to give the day a bright end. The action on track was heated already, with the intensity cranked up overnight.

Before 2019 began, Franklin Motorsports / Merlin announced reuniting with former driver Brandon Lemke. Daytona began with the podium in the opening round. Lemke made a statement this weekend, grabbing both victories in IAME Senior. The near drying track got the best of Lemke in qualifying, as he was tenth after the timed session. With the sun shining, Lemke was on a mission and put himself up to the front challenging Daytona winner Brandon Jarsocrak (KSNA / Kart Republic) for the win. A slight error cost Lemke a few spots, giving the win to Jarsocrak. A great opening lap and Matthew Duncovich (KSNA / Kart Republic) having a mechanical issue on the opening lap while running second gave Jarsocrak a big lead early. Lemke and teammate Austin Schaff (Franklin / Merlin) ran down Jarsocrak and began fighting for the lead. Lemke secured the top spot by the halfway point with Schaff into second. Contact between Schaff and Jarsocrak while fighting for second allowed Lemke to get away, scoring a second victory on the weekend. Schaff made it a Franklin / Merlin 1-2 with Jarsocrak in third. Jake Venberg (Franklin / Kosmic) ran fast lap of the race while securing fourth ahead of Elliott Budzinski (BER / Kosmic). 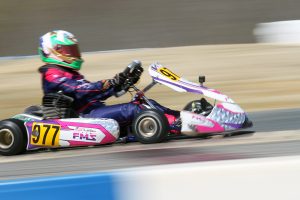 The KA100 Senior podium was decided off the track after an action-packed main event. Quick driver all weekend Brooke Nachtmann (Tony Kart) set fast time in the wet for qualifying while Saturday winner Emory Lyda (Nitro Kart) edged her for the win in the Prefinal. In the first half of the Final, Luke Stroud (CompKart) advanced himself into the lead with Lyda and Nachtmann trailing. Coming to the halfway point, contact including all three drivers sent Stroud and Nachtmann off track. Nachtmann was unable to continue while Stroud crossed the line in eighth. This allowed Lyda to drive away to the checkered flag unchallenged. He would have the victory taken away after he was penalized, placed behind Stroud for the contact. This promoted veteran Derek Hughes (Top Kart) to the top of the podium except he was penalized five positions for a pushback bumper. This gave Arie Venberg (Franklin / Kosmic) the victory over Nate Dean (Top Kart) and Dakota Pesek (Top Kart). Winston Workman (Top Kart) and Hughes completed the top-five.

The win streak for Connor Zilisch (LAK / Tony Kart) was stopped at three in the IAME Junior division. Grabbing his third on the year yesterday, Zilisch was challenged on the day. Hayden Jones (Nitro Kart) posted fast time in qualifying and won the Prefinal with Zilisch on his bumper. Zilisch jumped out to the lead in the Final, but Brent Crews (KSNA / Kart Republic), Jones and Dylan Christie (MDR / Kosmic) put on the fight. All took turns at the point until Jones and Crews broke away. Zilisch was under attack from Christie through the esses, and the two went side by side, running out of room. Zilisch got the worst of it, spinning sideways and pulling off track. That allowed a charging Chloe Chambers (MDR / Kosmic), who started dead last in 14th, to move into third. From there, she worked past both Jones and Crews for the lead, reaching the checkered flag for her first WKA victory. Crews beat Jones for the runner-up spot while Christie recovered for fourth ahead of Paige Crawford (Tony Kart) in her Junior debut weekend. 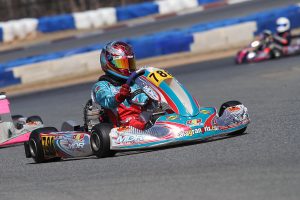 After winning Saturday, Connor Zilisch (LAK / Tony Kart) put himself in a good position to win a third main event in KA100 Junior. Zilisch was P1 in both qualifying and the Prefinal, and led the majority of the Final. Brent Crews (KSNA / Kart Republic) put on the challenge, working past Zilisch as the white flag came out. They fought for the lead through the final corners with Crews securing the top spot for his second victory in the category on the year. Dylan Christie (MDR / Kosmic) slipped past Zilisch for the second spot in the process, with Tyler Wettengel (FA Kart) and Sam Corry (KSNA / Kart Republic) completing the top-five.

The Mini Swift division was another victory that was decided after the checkered flag. Adam Brickley (Nitro Kart) negotiated the wet track quickest while Saturday winner Caleb Gafrarar (Birel ART) scored the win in the Prefinal. Cameron Weinberg (Nitro Kart) jumped out to the lead at the start of the Final, until contact with Gafrarar turned him around. Brickley jumped out to the lead while Gafrarar fell to fifth. Caleb drove his way forward, and eventually caught Brickley. The two fought until the hairpin on the final corner. Both drifted wide and Brickley lost on chain on the exit, while Gafrarar reached the checkered flag first. Gafrarar had the win taken away and was placed in the final order behind Brickley. That gave the victory to Danny Dyszelski (Kart Republic), Miles Murray (Nitro Kart) to second and Ava Dobson (Merlin) on her first podium in third. Weinberg fought back to fourth with Julian DaCosta (Haase) in fifth. 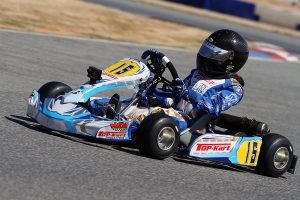 Austin Olds (Top Kart) grabbed his first career victory in the Micro Swift division. Spencer Conrad (Nitro Kart) was the driver to beat, setting fast time in qualifying and winning the Prefinal. The two decided the main event, coming down to the final corner of the final lap. Olds followed Conrad into the turn, and played the over / under perfectly, winning the drag race to the checkered flag to secure the victory by 72 thousandths of a second. Ayden Patty (Nitro Kart) set fast time in the race, placing third with Hoyt Mohr (Nitro Kart) fourth and Indy Ragan (Nitro Kart) fifth.

Christopher McKeithan (Nitro Kart) became the fourth different in the Briggs 206 Cadet division. He and Saturday winner Aryton Grim (Nitro Kart) led the field in the Final and came up to lap traffic. Grim made contact with the lapped kart, and was forced to retire. This allowed McKeithan to drive away to victory unchallenged with Danny Dyszelski (Nitro Kart) and Nash Gierke (Kart Republic) joining him on the podium. Cade Jaeger (Nitro Kart) and Scotty Watkins (Top Kart), up from 12th, completed the top-five. 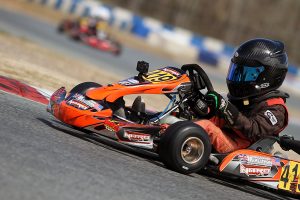 The series returns to action on May 17-19 as WKA returns to the Road America facility. The CTECH Manufacturing Motorplex inside the famed 4-mile road coarse in Elkhart Lake, Wisconsin will host Round Five and Six that weekend.