Birel ART: Kremers in the International Top Four in KZ2 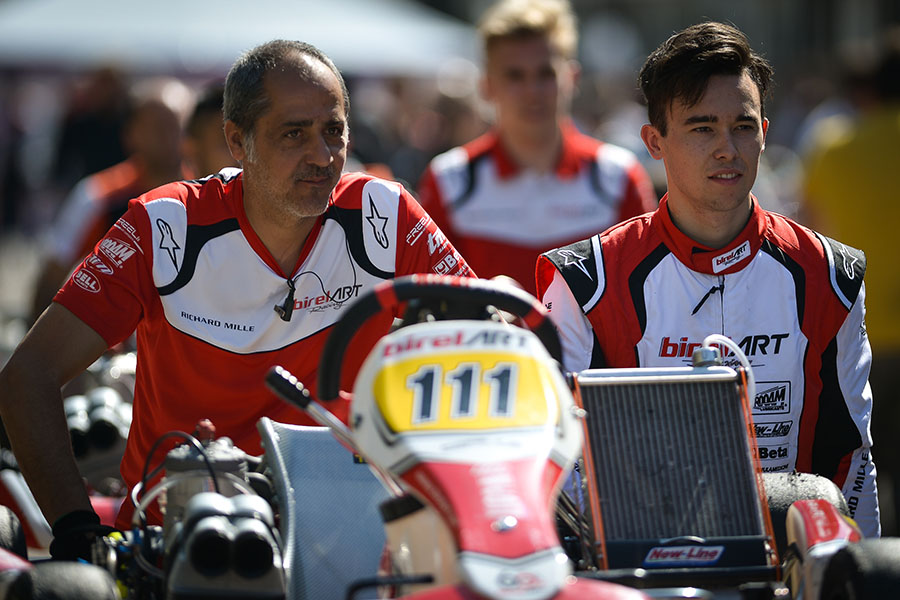 In Sarno, the last event of the WSK Super Master Series confirmed the high level of performance of several drivers of the Birel ART Racing Team. Kremers’ 4th place overall in the KZ2 series allowed him to calmly contemplate the rest of the international season, while the potential was there in OK with Coluccio and in OK-Junior with Camara.

“Everything is gradually falling into place in the team and our goals of victory remain more relevant than ever,” said Ronni Sala, President of Birel ART Group. “The work we have done since the beginning of the season has not yet fully borne fruit, but the foundation of our programme is now strong. Competition is very tight in every category and success does not always reward our drivers’ efforts, but we are confident for the important races ahead.”

Contested in the sun with rising temperatures, the Sarno meeting was marked by races of a rare intensity that did not allow everyone to take the finish. Facing constant battles from the beginning to the end of a meeting requires drivers and technicians to surpass themselves and strengthen their motivation in the face of adversity. This is a crucial step in building a successful season for a top team.

The official Birel ART testing in KZ2 has confirmed the potential of the great Lissone brand. Although they had to retire in the Final fights, Alex Irlando and Alexander Dahlberg had time to convince. Irlando finished 6th in the Prefinal and finished the series in the top 10, while Dahlberg was more motivated than ever. Leonardo Marseglia proved his determination with a very encouraging 12-place finish in the Final. Marijn Kremers was still fighting once again among the best. Back in 6th place in the Final, he finished 4th in the championship.

For a long time Luigi Coluccio was at the front of the OK category with interesting consistency. 5th in Qualifying and 4th after the heats, he began by taking control of his Prefinal before being forced to drop back. A retirement on the second lap of the Final deprived him of a result consistent with his competitiveness and he had to settle for 11th position overall. For his first experience in OK, Thomas Nepveu had the joy of qualifying for the Final and returning to 21st despite a penalty.

Despite many setbacks, Rafael Camara finished the WSK Super Master Series in the top 10 of the OK-Junior category, while Cristian Bertucca was a serious prospect in the 12-14 age group race after race.

Selected and supported by the Richard Mille Young Talent Academy, Maya Weug confirmed her progress in OK. Delayed by a retirement in a heat, she ensured a gain of eight places in the Final to reach 11th position. It was more complicated this time in OK-Junior for Julia Ayoub is learning about top-level European competition with determination.

After the strong lessons of this meeting, the Birel ART team remained in Sarno to participate at the opening of the WSK Euro Series at the Neapolitan circuit next weekend.