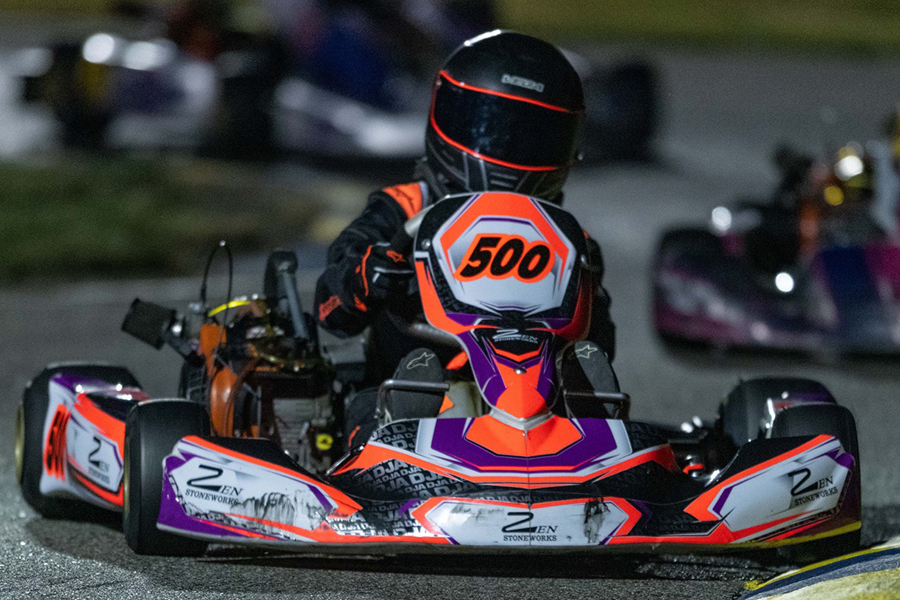 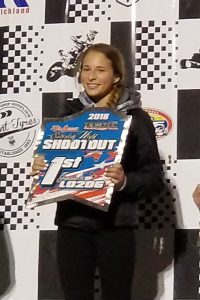 The final Junior season for Tri City Kart Club driver Daytona Arnzen was a successful one. Having moved down from Rotax racing to Briggs 206 category at the end of 2016, Arnzen was among the top Junior drivers in the Northwest. She finished the 2017 season 18th in the Briggs WRS program, placing second in the TCKC Briggs 206 Junior II standings. Daytona stepped up in 2018 to finish the Briggs WRS program inside the top-five, thanks to her six wins in seven rounds of racing at the Horn Rapids Kart Track in Richland, Washington.

Daytona began racing at the Spokane Kart Club at the age of six, aboard a Birel Kid Kart. Her family began racing at Tri City Kart Club mid-season in 2009 and continue to call it home. Arnzen is a nine-time track champion over her nine-season career. In 2018, the highlight was the TCKC championship along with winning the 2018 Saturday Night Shootout at TCKC, considered one of the biggest races in the northwest.

“We raced from Kid Kart to Jr 1 animal and did the Rotax stuff but got tired of all the rules changes and spending money on the good parts that would soon get outlawed. So we came back to the Briggs 206 that was gaining traction in our area. It has been a great motor for our club and they have seen a resurgence in the number of racers due to the Briggs 206 producing great close racing, low cost and maintenance and allows racers to work on their racecraft and chassis set up vs racing the deeper pockets.”

“We absolutely love karting because of the raw form of racing and the friendly family environment of the racers. We travel three hours each way to our home track. It is hands down the best track in the Pacific Northwest and the nicest track that we have ever been too.  The board members that run the track do a very good job of making the racing as good and fair for all of the club members as possible. I would like to thank the President of the track, Craig Chiesa and Vice President Chris Worley for donating all of their time to make sure the races have the best experience possible. Also like a shout out for them putting on the televised Saturday Night Shootout in August, the biggest race in the Northwest!”

For 2019, Daytona will move up to Briggs 206 Senior and compete for another championship, attend the Saturday Night Shootout and compete in the newly renamed In City Prints Cup.