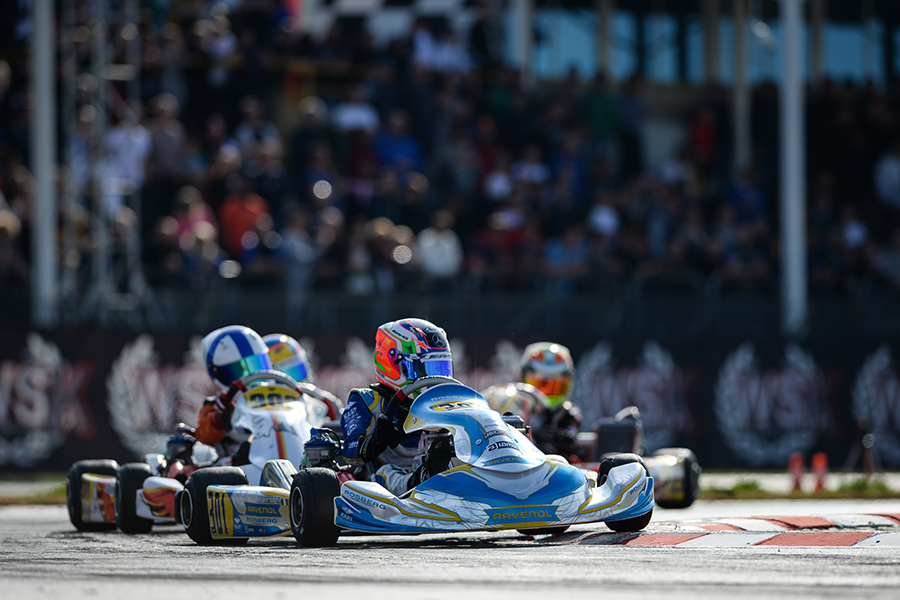 The progress of the young drivers of the Rosberg Racing Academy is confirmed at every race. As well as ensuring the ideal preparation for the upcoming FIA Karting European Championship, the performance and victory were there. At the third round of the WSK Super Master Series in Muro Leccese (Southern Italy), Andrea Kimi Antonelli achieved another great success in OK-Junior with his KR-IAME in Ravenol branding. In OK, Taylor Barnard remains a regular in the top five …

Work continues to pay off for Antonelli

A rising star of international karting, Andrea Kimi Antonelli continues to flourish within the Rosberg Racing Academy. With the Kart Republic structure, the young Italian has found the perfect environment to continue his top level development.

At the La Conca circuit, known for its demanding layout and high-grip surface, Andrea Kimi Antonelli impressed the most discerning observers. 2nd in Qualifying and in the heats, he won three of his four Qualifying Heats, each time achieving the fastest lap. Once again 2nd in his Prefinal, he managed a fabulous start to the race by gaining three places in six short laps in the Final! Once in the lead, the determined Italian set times as consistent as they were fast so as to no longer be worried by his rivals.

With only one event left in the WSK Super Master Series, Andrea Kimi Antonelli consolidated his lead in the overall standings with this win.

In OK, the leading category of the meeting, Taylor Barnard made progress similar to that of Antonelli, with a 2nd fastest time in Qualifying and continuously at the forefront in the Qualifying Heats: 2nd, 1st and 3rd! He was the fastest in his Prefinal where he finished in 2nd place, but there was a stormy start in the Final. The Briton immediately dropped to 9th place, losing all chances of victory.

Not decided to give up, Taylor Barnard came back to 4th place and took the opportunity to return to 3rd place in the provisional standings of the WSK Super Master Series.

In the pack, his teammate Cenyu Han gained five places to finish 28th in the Final, after a meeting where luck was not always on the side of the promising Chinese driver.

The last word from Dino Chiesa

“I think Taylor Barnard really had the potential to win, but the start of the Final was fatal,” said the team manager of Rosberg Racing Academy. “His 15th fastest time shows that Cenyu Han is getting faster and faster. Alas, his opponents were hard on him in the Qualifying Heats and his progress was affected after that. As for Andrea Kimi Antonelli, he did the job with a lot of maturity for his young age. This is an excellent result for the Rosberg Racing Academy and its main partners, Ravenol and Kart Republic.”