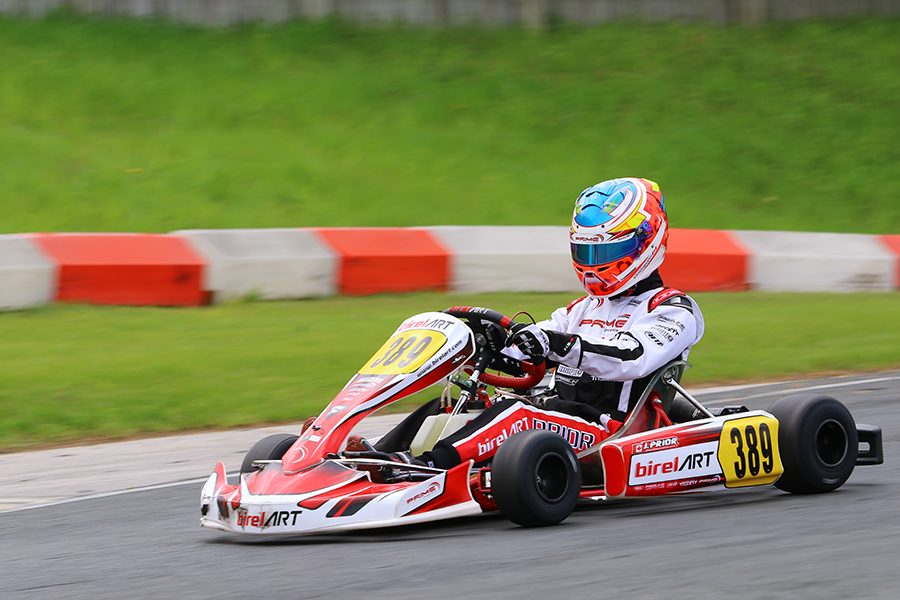 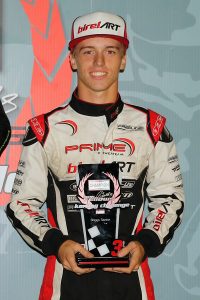 It was a phenomenal first season in Senior racing for Canadian Jordan Prior. The Guelph, Ontario driver finished 2017 Briggs Weekly Racing Series program in 26th overall in the Junior standings, placing 10th among the Canadian drivers. In 2018, Prior was 28th overall in the Senior/Masters standings, reaching P5 on the Canada side for his efforts in the TRAK program at Goodwood Kartways against 78 total competitors. Prior drove to six podium finishes over the 12 rounds of racing, winning once.

Jordan also contested the MIKA championship at Mosport Kartways in the Briggs Senior division against 83 different drivers, winning that title as well. Nine podiums with one win were good enough to place him 12th in the Briggs WRS Canada standings. Add in third place in the Champion Ron Fellows Karting Challenge (CRFKC) program, third in the PFAFF Karsport Cup series and second at the Canadian Open, 2018 was a great season.

Prior began karting with an arrive-and-drive program at the Waterloo Kart Club before racing his first kart – a Maranello – in 2015 in the Briggs Junior class, racing at the HRKC in Hamilton with support from Trevor Wickens – brother of IndyCar driver Robert Wickens. Jordan eventually moved over to racing at the TRAK and MIKA programs in 2017, his last season in the Junior ranks.

“When we first looked into the Briggs program we were attracted to the more affordable aspect of the program. However, as I continued through the years I realized that Briggs can offer some of the most competitive and closest racing in Canada. I really enjoy the tight racing Briggs offers, its like a chess match, we have a 10 kart train battling for the lead and one wrong move can wreck the whole weekend. The thing I like most about racing in Ontario is that the Briggs Senior fields are consistently the biggest fields of the day, with some days having 40+ drivers on the grid, made up of some of the best Briggs drivers in North America.”

Prior is planning to continue racing at the MIKA, TRAK, HRKC, the Inter Club Challenge, and the CRFKC series. 2019 will mark the fifth year racing at the Canadian National Karting Championships, looking to improve on his 13th place finish last year in the Briggs Senior division. Jordan won the Florida Winter Tour Briggs 206 category at the January event outside the Hard Rock Stadium in Miami, Florida.