One Pole Position and Two Podiums for Supertune at Superkarts! USA WinterNationals 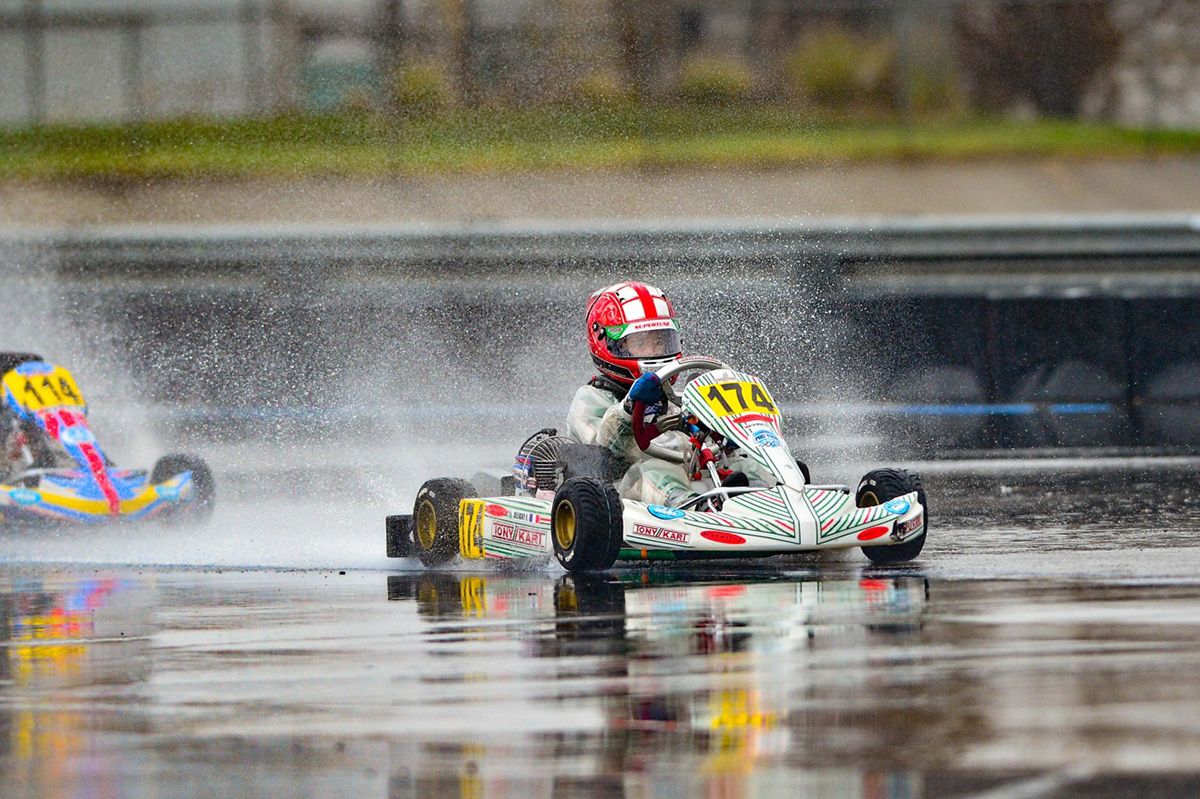 Rain didn't stop Supertune from garnering podium results in the opening round of the SKUSA Pro Tour
(Photo: On Track Promotions)

Working hard to hit every national event on the 2019 North American karting calendar, Supertune made the cross country trek to California. Taking on the Calspeed Karting facility on the grounds of the Auto Club Speedway, the six driver lineup secured one pole position, two podium results and five top-five finishes in the opening round of the Superkarts! USA (SKUSA) Pro Tour.

“It was definitely a challenging weekend for us as we shipped our equipment out here to be able to compete on both coasts and combined that with the weather, it raised the stress level quite a lot,” explained Ben Cruttenden. “But like any good race team, we were able to overcome the issues and put forth some solid results.”

With five drivers entered in the IAME Mini Swift division, Kai Sorenson would once again be the driver to beat. Taking Saturday’s pole position and heat race win, Sorenson was the first driver to claim the checkered flag but a penalty following the event relegated him to the second step of the podium. Enzo Deligny had a very strong outing garnering the sixth position as three Tony Kart branded Supertune drivers finished in the top-ten with Anderson Leonard in ninth, as he improved from his 32nd position in qualifying. Elliot Cox, newcomer to the Supertune team and Tony Kart package, had a steady day to finish 22nd while Xander Reed was classified in P33 when the final results were made official.

Sunday saw some uncharacteristic results in qualifying for the Indianapolis based team that set the tone for the rest of the day. Sorenson, Saturday’s dominant driver, saw him outside the top-ten in qualifying but improved to finish fifth in the main event as a post-race penalty took him off the podium. Anderson Leonard turned his 18th place qualifying effort into a third place podium result as he was also given a post-race penalty after crossing the stripe first for the win. Enzo Deligny, fortunate enough to not receive a penalty, put three Supertune drivers in the top-five when all results were made official. Cox and Reed qualified in the top-ten in fourth and ninth respectively, but were unable to stay out of trouble in the day’s final and finished 27th and 33rd.

British driver Freddy Slater was a man on a mission on Saturday. After qualifying 17th and finishing tenth in the prefinal, Slater drove through the field again in the final to narrowly miss the podium in the fourth position. Sunday saw a much better qualifying result from the young Brit as he turn the third quickest time in the morning qualifying session, and paced the main event in the second position until contact from behind on the final circuit sent him down the running order to the 12th position.

Cruttenden continued, “It is back to the East Coast now to finish the final round of the Florida Winter Tour and start the United States Pro Kart Championship. It is a busy time of year but great to be at the track and having the success that we have had.”