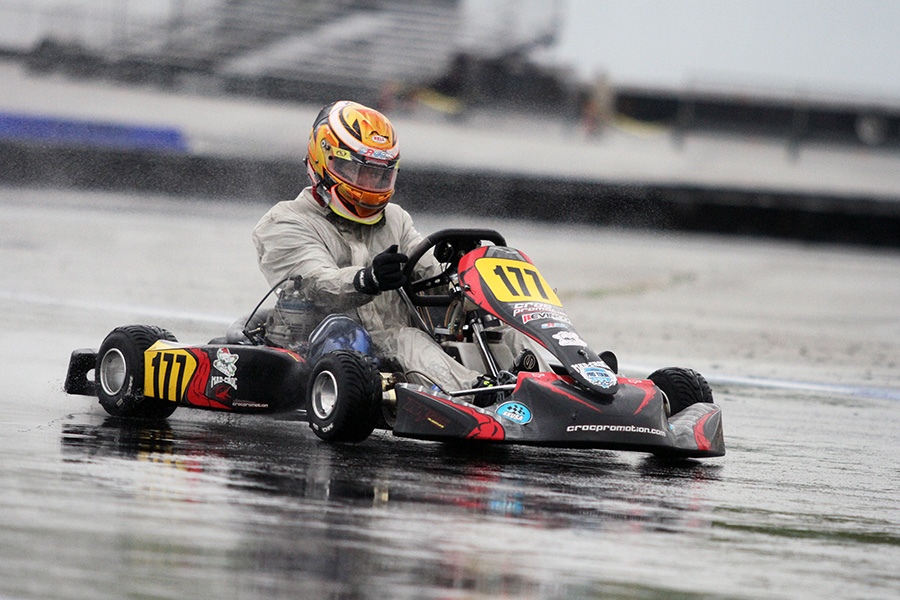 The opening round of the 2019 Superkarts! USA Pro Tour was completed in 100% wet conditions at the CalSpeed Karting facility. Rain was on and off all day in Fontana, California for the first day of action at the third edition of the WinterNationals with only a few glimpses of the sun breaking through the heavy clouds that surround the area and block off the mountain view. The 12 categories on hand battled the conditions and each other throughout the day to claim the steps on the podium to begin the chase for the championships on the right path. 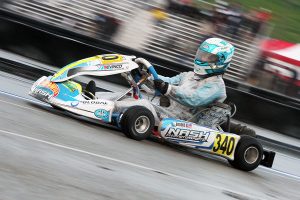 Christian Brooks drove away from the X30 Senior field toward victory (Photo: EKN)

The IAME SSE 175cc powerplant made its debut on the SKUSA Pro Tour with Pro Shifter 1 and Pro Shifter 2. A 24-driver field made up the inaugural event with Mathias Ramirez (PSL / Birel ART) setting fast time in qualifying. Jumping up to second on the final lap was Pro 2 driver Race Liberante (J3 / CompKart), making his first start with SKUSA since 2009. Liberante was able to grab the holeshot in the Prefinal, leading all 10 laps for the overall win and Pro 2 victory with Ramirez top driver in Pro 1. The opening lap was wild, including Liberante not able to get off the line clean. As they came around on the opening circuit, Mad Old Nut Racing’s Andrew Bujdoso (Croc Promotion) was into the lead. Bujdoso never put a wheel wrong throughout the 21 laps, scoring his first SKUSA Pro Tour victory. 2018 SKUSA Pro Tour champion AJ Myers (MONR / Croc) suffered issues in the Prefinal, driving his way from 17th on the grid to the second spot. Rory van der Steur (MRC / Tony Kart) completed the podium. Liberante fought back to fourth overall, winning the Pro 2 division with Max Hewitt (CRG Nordam) and Calvin Ming (MRC / Aluminos) joining him on the podium. Billy Musgrave (MRC / Aluminos) suffered a flat tire early in the Prefinal, driving his way from 20th to fourth in class, working past Kyle Wick (CRG Nordam) late in the race. 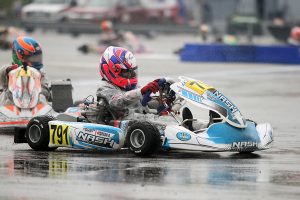 In Florida, Christian Brooks (Nash / FA Kart) has been among the top drivers throughout the first two months. Brooks defended his home turf by dominating the Prefinal and Final events. 2017 SKUSA SuperNationals winner Joshua Car (Crosslink / Exprit) set fast time in qualifying by over six tenths of a second over Brooks. The two drove away from the field in the Prefinal with Brooks coming away with the win. In the Final, Brooks went unchallenged in the 21-lap Final for his second SKUSA Pro Tour victory. CRG Nordam’s Austin Garrison – who was quickest in Friday practice – came up from sixth to second, posting fast lap in the race. Car completed the podium with Trey Brown (Nash / FA Kart) fourth while three-time SKUSA Pro Tour champion Ryan Norberg (RPG / Kosmic) holding off a group to finish fifth.

The new winners began on the day in the X30 Junior division as Canadian Dale Curran (Nash / Kosmic) came out the victor. Curran was fastest in Friday final session, and when the rains came, he remained toward the top. Connor Zilisch (TF / Tony Kart) set fast time in qualifying and walked away with the win in the Prefinal. Curran worked himself up from sixth to second to join Zilisch on the front row. Zilisch jumped out to the lead until Curran ran him down and took over the point on lap 11. Curran led the final five circuits to claim victory, jumping out to a 6.5-second advantage over Zilisch. Ethan Ho (AMP / Tony Kart) earned his first SKUSA Pro Tour podium with a third place finish with Junior rookie Freddie Slater (Supertune / Tony Kart) and Noel Leon (CRG Nordam) completing the top-five. 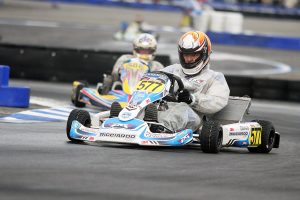 Many of the Junior drivers went double duty, including Zilisch and Ho, running the KA100 Junior class. Ho and Zilisch set fast time and won the Prefinal, holding the top two positions in each session. On the opening lap of the Final, Zilisch spun while leading, handing the lead to Ho. Leading all 16 laps, Ethan drove away to a 10-second advantage for his first SKUSA Pro Tour victory, and second podium on the day. Zilisch was able to recover and drive his way up to second. William Cox (TF / Tony Kart) earned his first SKUSA Pro Tour podium in third as Kyffin Simpson (SCR / Tony Kart) and Diego LaRoque (Ruthless / FA Kart) completed the top-five.

Longtime SKUSA Pro Tour competitor Vatche Tatikian (PGR / Ricciardo) finally grabbed that elusive victory in the X30 Master division. Tatikian was second in qualifying to PGR / Ricciardo teammate Jess Peterson, who carries the SKUSA #3 plate in 2019. Tatikian had the advantage in the Prefinal, grabbing the win. The final was no easy 16 laps, with two-time champion Derek Wang (FA Kart) on his bumper throughout the race. Wang was never able to make a move, despite running fast laps of the race, as Tatikian remained consistent lap after lap. Tatikian and Wang finished 1-2 with Peterson coming back to join them on the podium. Carlos Calderon (Aluminos) was fourth with Tim Meyer (Atomica / Kosmic) in fifth. 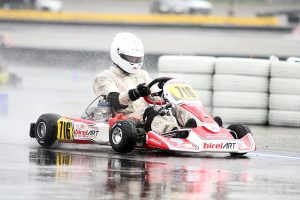 Jordon Musser kept his sweep of 2019 going with victory in G1 (Photo: EKN)

One of the only classes to not have a new winner was the new G1 Gladiator division. Three-time SKUSA Pro Tour champion Jordon Musser (PSL / Birel ART) swept the action on the day, going undefeated on 2019 after sweeping the Winter Series program. Musser drove to a 39-second advantage in the Final, with Dan Monteiro (RPG / Tony Kart) able to better John Crow (MRC / Aluminos) for the second spot on the podium. Justin Peck (RPG / Kosmic) was fourth in his return to SKUSA competition. Brett Harrelson (Nash / CRG) was able to overcome spins in the Final to win the S4 Master Stock Moto class over Miguel Garcia (MRC / Sodikart) and Ken Schilling (Aluminos).

The KA100 Senior category was one of the most competitive divisions on the day, until the final laps of the main event. Senior rookie Alan Tang (Parolin) was able to run down Nick Persing (Nash / FA Kart), and drive away to a 5-second advantage for his first SKUSA Pro Tour victory. Austin Osborne (IRM / Kosmic) won the battle for third over Nick Ramirez (PKS / Fullerton) with Christopher Martin (Crosslink / Exprit) taking fifth over CalSpeed Track Manager Mike Smith (VLR). 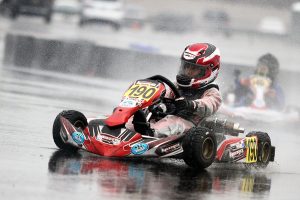 Things went down to the wire and beyond in the Mini Swift division. Kai Sorensen (Supertune / Tony Kart) had a provisional sweep on the day, having fought off the Nitro Kart duo of Parker DeLong and Sebastian Ng at the line by less than 75 thousandths of a second. Following the race, DeLong was dinged for a pushback bumper penalty, and then Sorensen three-seconds for blocking. This promoted Sebastian Ng to the top of the podium for his second SKUSA Pro Tour victory. Sorensen was classified second with DeLong in third. Cooper Shipman (IRM / FA Kart) moved up four spots to fourth with last year’s Micro Swift champion Max Garcia (KSNA / Kart Republic) fifth in his Mini debut at the SKUSA Pro Tour.