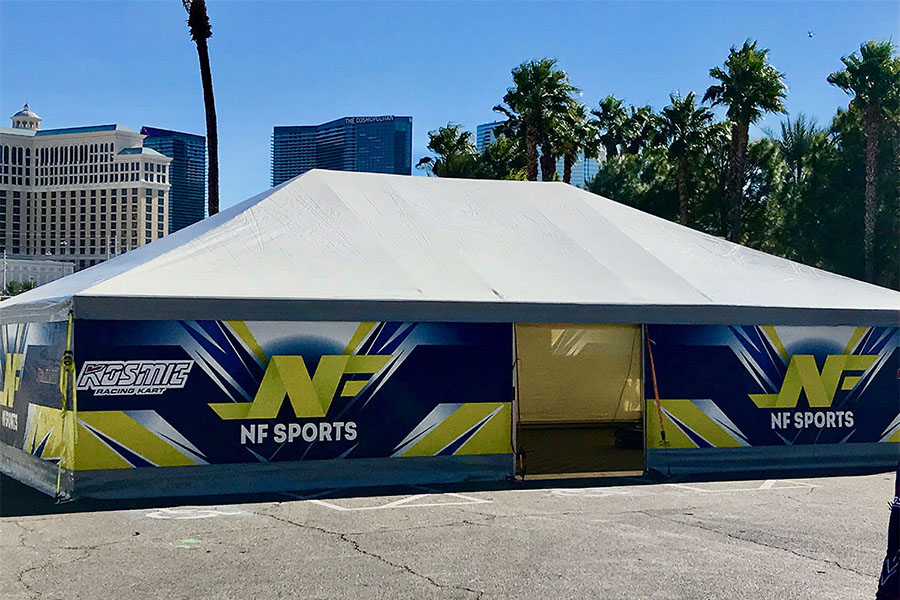 Back at the Hard Rock Stadium for the second consecutive month, Orlando, Florida based NF Sports ended the second round of the ROKCup USA Florida Winter Tour with great results. Showing speed throughout the event weekend, and with several drivers at the front of the field, a pair of podium results and three top-five finishes were attained by the seven driver Kosmic Kart team.

“We had seven drivers racing in four different classes that represented Italy, Bolivia, Ecuador and Brazil,” explained NF Sport Bruno Fusaro. “It was a great weekend for all as we were really able to show what we can do. The ROK Cup USA Florida winter Tour is absolutely one of the best series in the country and to compete at the front of the field with the high level of competition shows exactly how well our program is running right now.”

In the Mini ROK class, it was a beautiful win for Italian driver Riccardo Ianniello, who drove forward from his 13th place starting position to end the main event on top. Seemingly scoring the first win of the 2019 season for NF Sports, the victory was taken away by series officials as Ianniello was penalized for soft contact after being protested by a fellow competitor and was classified in the third position.

Fusaro continued, “It really was a shame to have such an incredible drive taken away by some paper work off the track. An unfortunate set of circumstances as the protesting driver’s position did not change as a result of the penalty and was a struggling driver that we had helped with data the previous day. ”

NF Sports Ecuadorian driver Rafael Teran drove a very smart and consistent event weekend and was looking good in the main event until contact forced him to retire short of the checkered flag.

ROK Junior driver Enrico De Lucca entered the second round of the Florida Winter Tour sitting second in the championship with his eyes on the prize. As the fastest driver in several of the practice sessions, winning heat races and involved in an intense on track battle in the main event, De Lucca led the final but was unable to maintain the point, falling back to third to still stand on the podium. The other two NF Sports drivers, Brazilian Pedro Ferro and Bolivian Rodrigo Gutierrez, were involved in incidents during the main event and will look towards the next round to solidify the top-ten results that they deserve.

Andre Nicastro found himself in the top-five of the ROK Senior field all weekend long and looked to be one of the drivers in contention for the top step of the podium. Ending both of his prefinal events in the second position, even after being hit from behind and into a spin mid race, Nicastro completed his weekend with a fifth place effort, adding another top-five finish for NF Sports.

Former Ferrari Formula One driver Rubens Barrichello represented NF Sports in the ROK Shifter category but suffered from rib pain as the weekend progressed. Deciding to skip the prefinal and start from the tail of the field in the main event, Barrichello showed his racing prowess and love for the sport, driving from 26th to 12th.

NF Sports is owned and managed by Andre Nicastro and Bruno Fusaro. NF Sports is an official Kosmic Kart Racing Team in the United States and offers Arrive and Drive Programs for drivers in all classes in North America’s top karting programs. For those interested in the services of NF Sports or the Kosmic line of products produced by OTK, please contact Andre Nicastro via email at info@nfsportsusa.com. NF Sports will be in Ocala for the final round of the Floirda Winter Tour and for those interested in joining the team, there are both tent and transport as well as arrive and drive positions open. Interested parties are asked to contact Bruno Fusaro at bfusaro@nfsportsusa.comor or visit them online at www.nfsportsusa.com.