Sodi Continues to Win at Lonato 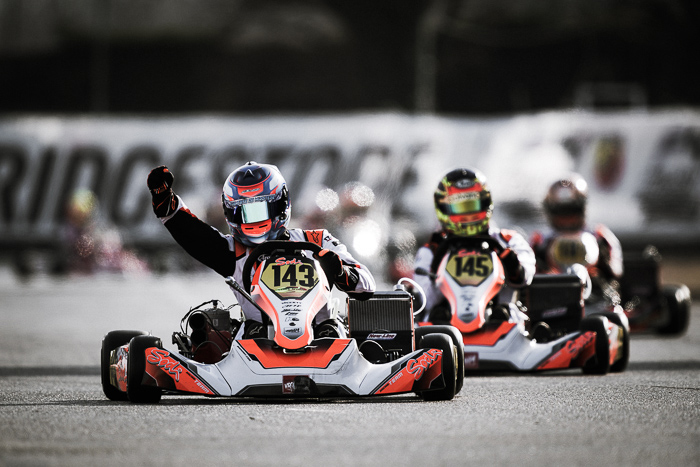 A week after Anthony Abbasse’s victory in the Winter Cup, Sodikart can legitimately be proud of a winning double with the two other Sodi Racing Team drivers, the young Adrien Renaudin and the experienced Bas Lammers, during the WSK Super Master Series.

Considered to be the epicenter of the karting world, the South Garda Karting circuit in Lonato produces extremely high-profile confrontations because of its technical layout and constant presence of all the major international teams. These special conditions make it impossible to win by chance on this track, especially in the top category, KZ2, and the competition was very tough at the venue for the FIA ​​World Karting Championship in September.

“We were already happy to have won the Winter Cup, but to secure a new victory and a 2nd place the following weekend is a great reward that motivates the whole team,” commented Julien Dexmier, the Team Manager of Sodi Racing Team. “The work done during the offseason is already bearing fruit, confirmed by our three drivers constantly being at the peak of performance. Whether prepared by the factory or by Cédric Motors, the TM Racing engines have also proven to be at the top. On the other hand, the potential was there as well in our satellite team CPB Sport with 7th place for Emilien Denner and the strong progression of its other drivers. There is no question of resting on our laurels. The season is just beginning, we must use our current advantage to further our efforts. In addition, I want to highlight the performance of the drivers who have been admirable from start to finish, while showing good team spirit.”

A new recruit to the Sodi Racing Team, Adrien Renaudin quickly made his mark alongside two great professionals Anthony Abbasse and Bas Lammers. After taking pole position on Friday, he confirmed his form in the top three of the heats before driving a splendid Final. Starting 5th, Adrien came back to the front in the wake of Lammers and took control at halfway. He then kept pace until the finish to secure a big win with the fastest lap in the race.

Leader of the heats and winner of Prefinal A, Bas Lammers also had a great race. He notably managed to dislodge two formidable opponents from the top places at the start of the Final, before taking an ideal 2nd place for the team, which also earned him the lead in the provisional classification of the WSK Super Master Series in front of Renaudin.

Anthony Abbasse was not to be outdone with his two heat wins following a retirement in the battle. Returning to 4th in the Prefinal, a spoiler penalty relegated him to 15th on the starting grid of the Final. Anthony managed to gain 10 places to reach a Final top five that was very rewarding for the team.

The Sodi Racing Team will now intensify its preparation for the upcoming competitions during test sessions on different European circuits.