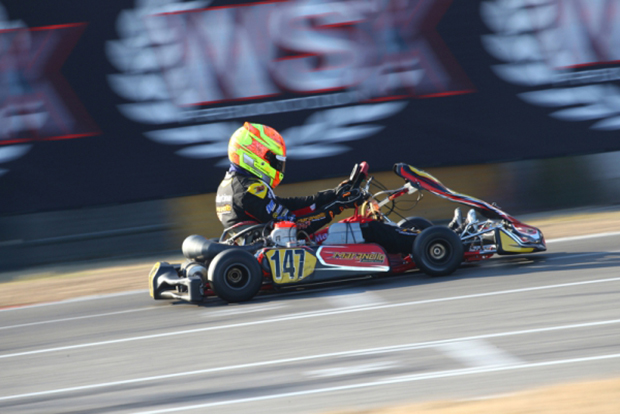 The second round of WSK Super Master Series took place at the South Garda Karting Circuit in Lonato and Maranello Kart has been present in KZ2 with Alessio La Martina of SRP Racing Team and Francesco Galletto of SG Race.

This event set a new participation record for WSK with 350 entered drivers and 336 verified. Out of the 59 drivers that took part in KZ2, La Martina and Galletto put in quite positive performances, as  La Martina was 0.472s off the pole position in his series, and Galletto was 0.382s shy of the lead.

The two drivers kept their momentum in the very hard-fought qualifying heats and posted good lap times, with the only exception of one heat in which Galletto was forced to stop early and one in which La Martina was handed a penalty. These two results unfortunately hit badly the starting position in Prefinal of the two drivers: La Martina managed to end his Prefinal in 19th place, while Galletto was 20th. These results did not allow them to get through to the Final that is open to the top 17 of the two Prefinals. That was a real pity because the two Maranello Kart drivers could have certainly run a good Final.

The next appointment on track for Maranello Kart is the Spring Trophy in Lonato next March 17th.